The Commonwealth Games are vulnerable to the criticism of big fish swimming in small ponds. Unless they are on a running track and trying to run 1500 metres. Then, it is big fish in a big pond.

The men’s 1500m is the toughest race in the entire Commonwealth Games. If there is one race not to miss in Birmingham, it is this one. 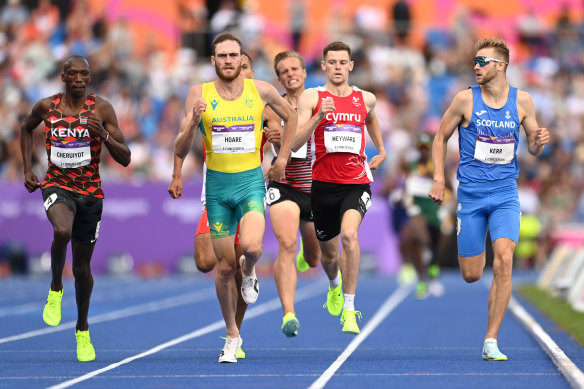 Australia’s Ollie Hoare had a storming run in the 1500m in Birmingham.Credit:Getty Images

In the field are the newly minted world champion and the three men who came second, third and fourth at the Olympics in Tokyo last year. Four of the finalists from the world championships last month in Eugene, Oregon, are in the men’s final.

The Scots and English are surprisingly good (Scotland’s Jake Wightman is the world champion) and, of course, there are the Kenyans.

Then there is Australia’s Ollie Hoare.

But what he has done is run better in Birmingham than any of those Commonwealth athletes. He won his Commonwealth Games heat on Thursday morning and beat the reigning world champion and Olympic silver medallist Timothy Cheruiyot from Kenya in three minutes, 37.57 seconds, which was the quickest time of any runner.

This is the race where we ordinarily get excited about Stewart McSweyn, the “King Island Flier”, but he is crook and pulled out of the games mid-week. The Alexander Stadium was told the Australian national champion had long COVID but Athletics Australia said he had the flu.

In his stead, Hoare has stepped out with a performance that demanded world attention after his horrible world championships just a fortnight ago when he had a below-par run.

“I was mentally cooked [after the world titles]. That was a mental big hit for me, I think it was my first terrible race in about two years,” Hoare said. 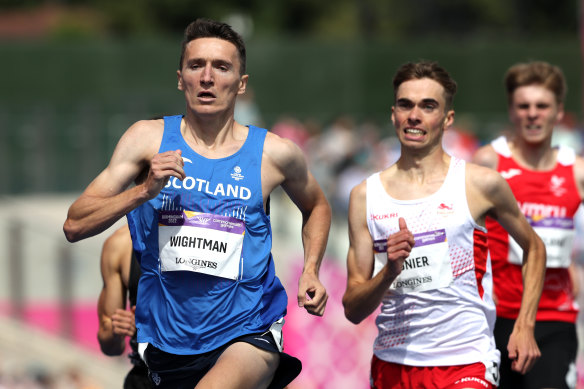 “To do it, particularly at Hayward Field where a lot of the people who have watched me in [American] college, let alone in general in my career, it was tough to do it in front of them and not make the final and have a medal progression there.

“You have to have those bumps in your career otherwise you can’t be great, you can’t medal if you don’t know what it means to lose. I am going to take that as much as I can and push it forward to progress my career mentally. Physically I was in pretty amazing shape.”

Having finished fastest in such a strong field leaves Hoare uncertain what happens next.

“Honestly, I didn’t know what to expect,” he said. “That field is extremely tough, Commonwealth Games 1500m is definitely one of the deepest fields.”

He has reflected on his poor world titles performance and what he did wrong, which was everything.

“I made too many mistakes, moving forward and surging, not conserving energy. If you watch other people stay at the back and really push the last 100, then when you have that mental gap of getting past that quickly and that aggressively you start to go into a dark place,” he said.

“Even [Norwegian superstar] Jakob Ingebrigtsen commented on some people wasting their energy a bit too much; if he is saying that, that is something you learn.

“I was definitely maybe over-confident with my fitness and didn’t take into account what I could have conserved and made sure I had the final push. It was a very stacked semi-final.

“My coach, Dathan [Ritzenhein] said, ‘It is going to be a great mental test for you, this is going to define who you are as an athlete, will you cave in or will you try and progress?’”

Get all the latest news from the Birmingham Commonwealth Games here. We’ll be live blogging the action from 4pm-10am daily.