“Offensively, I wasn’t there. I didn’t do enough for my team-mates,” Simmons said on Sunday night. “There’s a lot of things that I need to work on.”

Simmons said he felt like a defender – Danilo Gallinari – was bearing down on him from behind and might have blocked a shot or sent him to the free-throw line. Simmons shot 15-for-45 (33 per cent) from the line against Atlanta.

He instead found a cutting Matisse Thybulle, who was fouled and made one of two free throws. The Hawks scored the next five points.

Whether Simmons has a future in Philadelphia appears to be open to great debate. He was reportedly discussed in trade talks for James Harden with the Houston Rockets, but Harden was dealt to the Brooklyn Nets.

Simmons said he is going to block out the noise and work on what he can control. The 25-year-old has $140.4m remaining over the final four years of his existing contract. 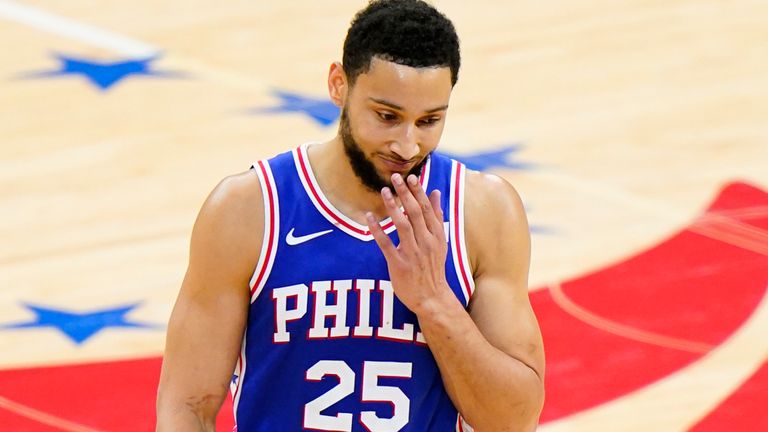 Simmons had 13 assists and was ever-present defensively on Hawks All-Star Trae Young, who was five of 23 in Game 7.

“The first thing I’m going to do is clear my mind and get my mentality right,” Simmons added.

“You got to be mentally tough. You can’t take games for granted. Especially in the playoffs. Every game matters. Every possession matters.”

Sixers head coach Doc Rivers did not back Simmons in the post-game when asked if Philadelphia could win a championship with Simmons at point guard.