The Melbourne Boomers have drawn level in their best-of-three WNBL semi-final series against the Canberra Capitals with an 88-76 victory.

Down 1-0 after last Sunday's 14-point loss in Canberra, the Boomers hit back in style at Melbourne's State Basketball Centre to force a decider in Canberra on Thursday night. 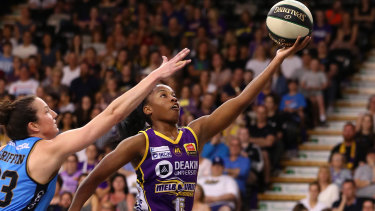 Fast break: Boomers’ Lindsay Allen drives to the basket during the WNBL semi-final against the Capitals at the State Basketball Centre in Melbourne.Credit:Getty Images

After sitting out the final rounds of the regular season with a knee issue, Allen typified the Boomers' grit as they kept their season alive.

"We knew we had to get it done or we would be out so just showing that toughness as a team and not being denied in whatever we did tonight," Allen said.

The home side came out firing, Allen and Garrick doing the damage as the Boomers led by 15 at halftime and held the Capitals to 37 per cent shooting. 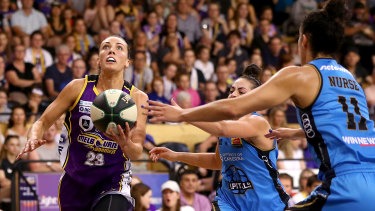 Eyes on the prize: Maddie Garrick was among the standouts for the Melbourne Boomers as they levelled the semi-final play-off series.Credit:Getty Images

French import Olivia Epoupa gave the visitors a boost with eight points in the third quarter but Melbourne answered the challenge with Allen converting a pair of three-point opportunities to close the term with a 64-50 advantage.

Any hopes of a Capitals comeback were dashed once Garrick scored twice at the start of the final quarter.

"It's do or die, best team wins and we will give our best," Allen said about Thursday's decider.

"We know it's going to be a tough crowd in Canberra but it should be a great game." 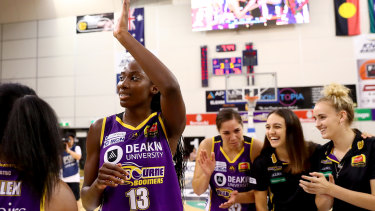 League MVP Kia Nurse and Kelsey Griffin each scored 17 points for the Capitals and Marianna Tolo added 14 but it wasn't enough as the Boomers held on to a double-digit lead for most of the match.

"I think they put their foot down first in this game and that allowed them to keep it going and it was tough for us to chip back into that lead," Nurse said.

"It's not a big deal, we've got another one at home and that's a good home crowd to be in front of."

Southside qualified with a 2-0 sweep of Adelaide Lightning.

Nets’ Durant to sit vs. Magic with shoulder sprain