Giannis Antetokounmpo is averaging 28 points per game this season, the second best of his career, as well as 11 rebounds, a career-high six assists, a block and a steal, while posting his second best effective field goal percentage ever.

The numbers alone are MVP worthy, and they suggest he is a top-three contender for the award, according to Basketball Reference. But you can pretty much guarantee he will not win it.

You see, ‘The Greek Freak’ is old news. He is a 26-year-old has-been. We have seen it all before from him. In particular, we have seen him post similar numbers in previous seasons, when he won back-to-back MVP trophies – last year and the season before. Past it.

The problem for Antetokounmpo is that the MVP award – as much as old, grumpy basketball heads like to claim advanced analytics is taking over the game – is led by narrative. Yes, there are a few statistical categories that players typically top when they win the trophy, but it is not a science.

There is no 2 + 2 = 4 going on here. And that is what makes it so fun to debate each season. There are no formulas, boxes to tick nor numbers to reach to automatically receive the award. They help, but that is not all of it. It comes down to something more intuitive. A gut feeling. 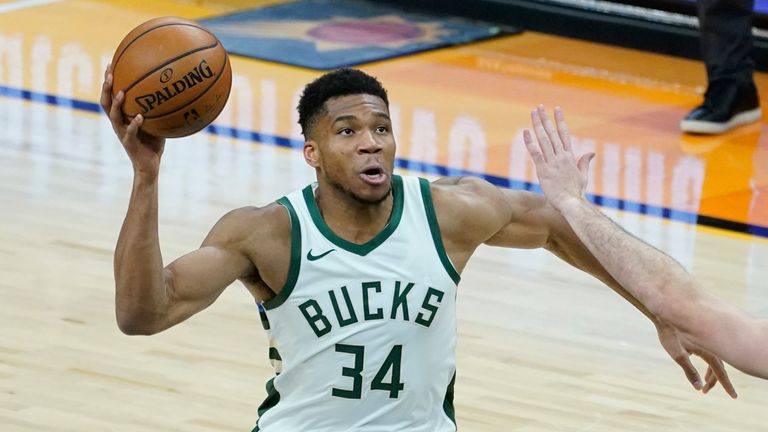 And Antetokounmpo knows this. In 2018-19, his points, rebounds and assists all increased. His Value Over Replacement Players took a step forward, his Box Plus Minus took a giant leap and his Win Shares went into outer space.

But the story of that season was how LeBron James left the Eastern Conference to join the LA Lakers, and suffered the first major injury of his career.

The borg that was assembled in Golden State meant Stephen Curry and Kevin Durant cancelled each other out. Kawhi Leonard had joined the Toronto Raptors, and would eventually lead them to a championship, but he missed too many games during the regular season.

The Denver Nuggets surprised a lot of teams to finish second in the west. Paul George had the best season of his career and possibly could have won it had he not suffered a few injuries towards the end of the season. Which left James Harden of the Houston Rockets and Antetokounmpo.

The difference was that Antetokounmpo catapulted his team towards the best record in the league, whereas Harden only managed to lead his team to fourth in an admittedly strong Western Conference. ‘The Beard’ had also already won the trophy and threatened to win it for several seasons, but he kept falling short of doing anything on the biggest stage. People were getting tired of seeing him post amazing numbers in the regular season while the Rockets could not reach the Finals. Antetokounmpo’s all-round improvement that season coincided with the Milwaukee Bucks’ growth, in part thanks to the arrival of coach Mike Budenholzer.

After managing a largely starless Atlanta Hawks to 60 wins a few years earlier, Budenholzer had a chance to show what he could do with a real number one option, and the impact was immediate – taking a team that finished 44-38, under Jason Kidd and Joe Prunty one year earlier, to 60-22.

Budenholzer’s system of creating space and putting the ball in Antetokounmpo’s hands meant the forward could dominate. His 6ft 11in size meant he would have to be guarded by the opposition’s tallest player during most games, but his lengthy, quick first step helped him get to the rim where there was usually a wide open lane thanks to having good shooting team-mates that had to be defended on the perimeter.

Antetokounmpo made the offense work, but in the playoffs, good defensive teams figured that out. With the best perimeter defender in the league, Kawhi Leonard, as well as another lengthy defender, Pascal Siakam, and one of the smartest bigs in the league during the past 15 years, Marc Gasol – not to mention one of the most creative defensive coaches in recent history in Nick Nurse – the Toronto Raptors built a wall for the Bucks’ top option and dulled the team’s momentum.

A second year in this system helped breed familiarity in the team, and saw Antetokounmpo put up even better numbers. They went from winning 73.2 per cent of their games to 76.7 but once again Milwaukee came up against a defensive buzz saw and a team with momentum, the Miami Heat. The athleticism and length of Bam Adebayo, as well as the tenacity of Jimmy Butler, caused all sorts of issues for the Bucks.

In the first round of the playoffs against the Orlando Magic, Antetkounmpo averaged 30 points, 16 rebounds and six assists in five games, but against the Heat, in a series he had to leave early due to injury, he had 26, 13 and five in four.

These are still great numbers – MVP worthy in the regular season – but the Heat’s easy series win showed how the narrative is changing for Antetokounmpo. 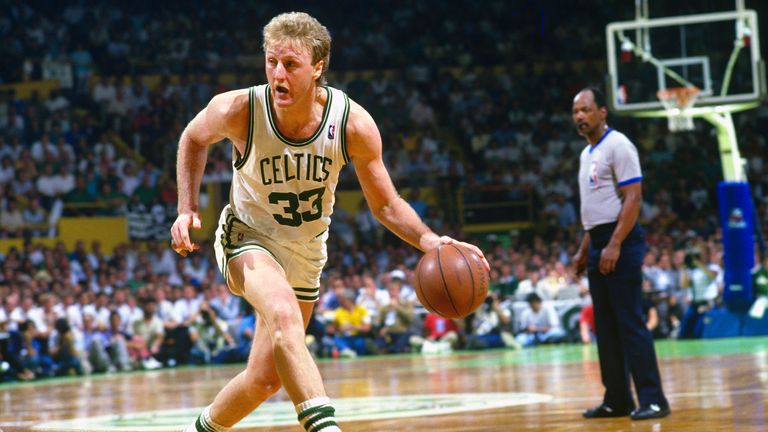 Even if Antetokounmpo’s numbers improved across the board again this year, it will have still been tough for him to win a third consecutive MVP trophy. Nobody has done it since Larry Bird, and two of those seasons saw his Boston Celtics win championships.

Yes, the MVP is a regular-season award, so the playoffs should not be considered, but the media – which votes for the prize – are turned off unless a player shows continued improvement. It is not purely a numbers game. It is not a science.

The way to get back into the MVP conversation is to improve your team’s success on the next level and the irony is that this year’s Bucks are probably better set to make a deeper run in the playoffs.

Budenholzer is working on new defensive schemes, introducing switching and different rotational plans compared to what the team has typically used in previous seasons. They have also made a big upgrade in the ball-handling department – bringing Jrue Holiday in for Eric Bledsoe – and while it took a little while to get up to speed with new team-mates and a new system, things are looking good.

The Bucks’ winning percentage on the season is lower this year than the past two, but they have won four of their past six. This includes a win over the Philadelphia 76ers earlier this week, who were playing without Ben Simmons. They will meet again Saturday on Sky Sports at 8.30pm, when Simmons is likely to be back, and playing against one of the best defensive teams in the league when they are fully fit will be a good test for Milwaukee.

As a focal point for two Defensive Player of the Year candidates in Simmons and Joel Embiid, not to mention a good defensive supporting cast including Danny Green, George Hill, Dwight Howard, and even a good Tobias Harris, it is in these big games that Antetokounmpo needs to show that he has turned the page.

Want to watch even more of the NBA and WNBA but don’t have Sky Sports? Get the Sky Sports Action and Arena pack, click here