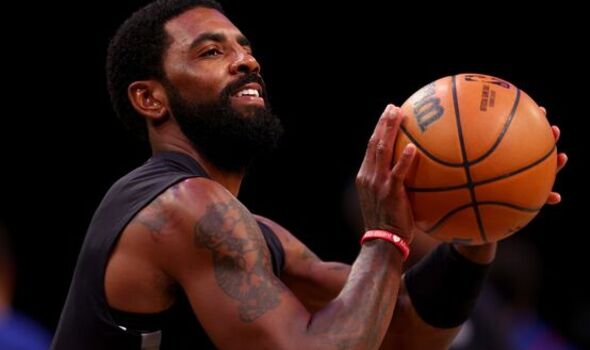 However, the 30-year-old is now said to be committed to the Nets this season, with Kevin Durant and Ben Simmons set to return to the team. Durant himself had also reportedly asked to be traded, and was strongly linked to the Boston Celtics for Jaylen Brown, however, that move did not materialise and both players remained with their respective sides.

At an open training session, Irving had been signing signatures for fans, with one man pleading for him to join the Lakers. Irving laughs and shakes his head before sounding like he says: “No chance.”

The @NetsKingdomAJ account tweeted the clip, and also took a shot at the Lakers with the caption: “Lakers Fans Down Bad,” it read, with two skull emojis. “Flew in to beg Brooklyn Nets Kyrie Irving.” There were two further laughing emojis to emphasise the amusement.

Draymond Green reignites feud with Charles Barkley: ‘He should stop before I take his job’

What channel is Lakers vs. Mavericks on tonight? Time, TV schedule for 2021 NBA Wednesday game