LeBron James’ return to the Lakers’ lineup wasn’t enough to lift Los Angeles out of their slump.

James scored 16 points in his first action in nearly six weeks, but the Sacramento Kings were able to rally in the fourth quarter for a 110-106 victory on Friday night.

James suffered a high right ankle sprain on March 20 against the Atlanta Hawks and missed the next 20 games, which was the longest absence of his career. He played 32 minutes and was 6 of 12 from the field. He missed what would had been a go-ahead 3-pointer with 2.7 seconds remaining. 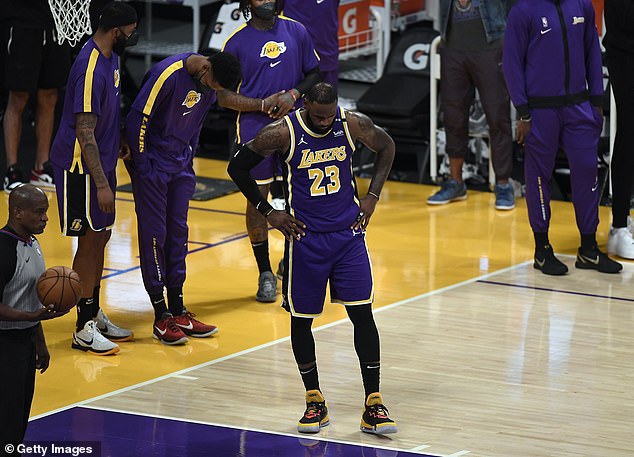 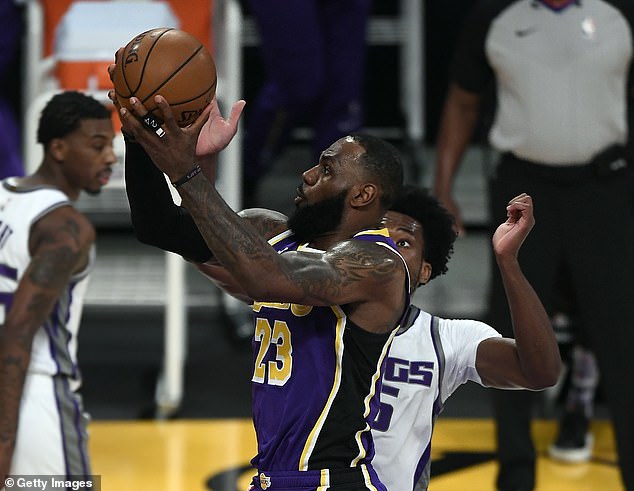 James scored 16 points but missed what would had been a go-ahead 3-pointer with 2.7 seconds remaining

‘For my first game, I felt OK. My ankle was a little tight at times doing different movements,’ said James, who also had eight rebounds and seven assists.

‘As the games go along, that will continue to improve. I came out unscathed and pretty good, so it was a good start.’

The defending NBA champion Lakers have dropped five of their last six and are 8-13 in their last last 21 games. The Lakers (36-27) are the fifth seed in the Western Conference, but are only a half-game ahead of Dallas and one game ahead of Portland. If Los Angeles fell to the seventh seed, they would have to take part in the play-in tournament.

‘I was encouraged about how he looked. He’s not just coming back after being out for two months, but he’s playing with new team-mates,’ Lakers coach Frank Vogel said. 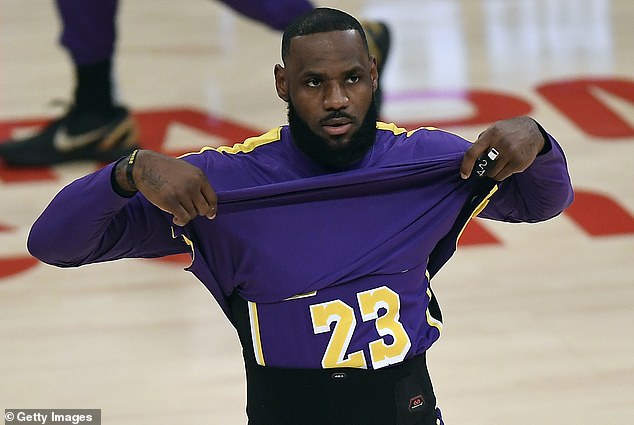 ‘It was a very disappointing loss. I expect there to be an adjustment over the final nine games. We have to balance that and get these guys each day to find their chemistry and win as many games along the way.’

Anthony Davis – who missed 16 games while James was out – led the Lakers with 22 points and 11 rebounds, and Andre Drummond had 17 points. It was the first time Drummond played with James since he was signed on March 28.

‘He makes the game very easy for everybody. I feel like he sees everything, he’s like a quarterback,’ Drummond said. ‘Having him out there has been fun being my first game on the same side with him. Looking forward to being on the court with him more.’

Davis, who has been back for only five games, isn’t concerned about the latest slump.

‘Guys are still trying to get back to playing with myself and LeBron. We have nine games left to get it going,’ he said. ‘We don’t want to be in a play-in situation. Even though we don’t want to lose, we want to gain momentum. We are confident in ourselves and once the playoffs start it is a different story.’

Terence Davis scored 10 of his 15 points during the final 12 minutes for the Kings, who trailed 88-78 going into the fourth. The Kings outscored the Lakers 19-8 to start the quarter and take the lead. Los Angeles went nearly three minutes without a field goal in the period and struggled down the stretch, going 8 of 19 from the field. 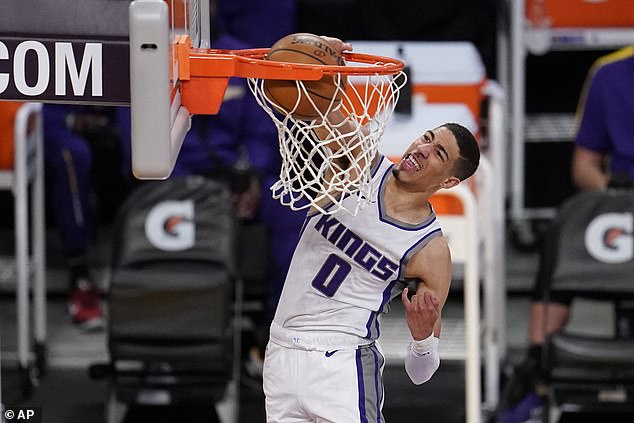 Tyrese Haliburton led Sacramento with 23 points and 10 assists, and Richaun Holmes added 22 points. The Kings bounced back despite missing two of their top players – De’Aaron Fox and Harrison Barnes – and after a 49-point loss to Utah on Wednesday. Fox was out for a fourth game since entering the league’s health and safety protocols and Barnes was out for his second due to left adductor tightness.

‘I’m not scratching my head that we bounced back tonight and and came and gave that type of effort because that’s what we should do. That’s what we should expect,’ Kings coach Luke Walton said. ‘In the fourth quarter, we were really undersized out there with that final group, but they just made the plays that allowed us to come away with the win.’

James missed his first two shots from the field before making a driving layup with 1.9 seconds remaining in the first quarter.

The Lakers outscored the Kings 32-23 in the third quarter and led by 11 at one point.

Keys to the offseason: Free-agency, draft plans for the 15 non-playoff teams
Recent Posts