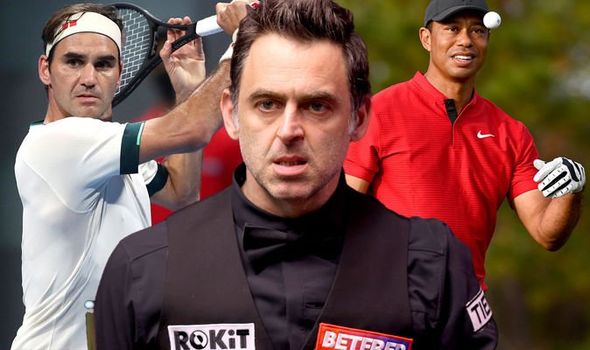 Ronnie O’Sullivan insists he has “five or 10” years left in snooker and will take inspiration from fellow sporting greats Roger Federer and Tiger Woods as he enters the twilight years of his career, saying he simply wants to enjoy the sport as much as he possibly can before he hangs up his cue.

The world No 2 was dealt more disappointment on Friday as he crashed out of the World Snooker Championship in the second round with a 13-12 loss to Anthony McGill.

The Rocket had mounted a comeback to lead 12-11 after being 10-5 down but lost the final two frames as his Scottish opponent managed breaks of 136 and 85.

That means defending world champion O’Sullivan’s bid to match Stephen Hendry’s all-time record of seven Crucible titles will have to wait at least another 12 months.

Defeat to McGill ended a difficult year for O’Sullivan, in which he lost five straight finals having failed to add to his title haul since winning the World Championship last season.

And the 45-year-old admitted after losing to McGill that he has struggled to enjoy his snooker “for quite a while” amid his disappointment at the table. 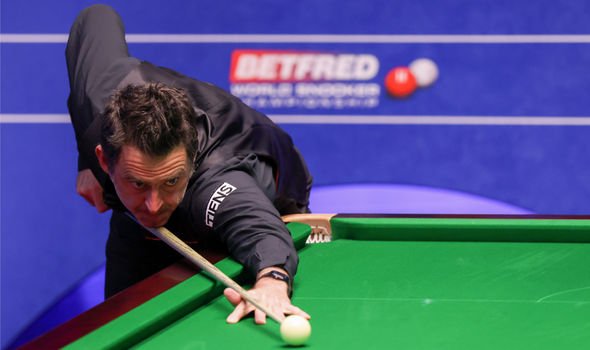 But although he is already regarded by many as the greatest player of all time, O’Sullivan has plans to play on the World Snooker Tour for another five years, and may stay on the circuit for as long as another decade.

“It’s like Roger Federer and Tiger Woods – just seeing them on the start line, that’s all that people want to see,” O’Sullivan told Eurosport.

“I just have to use that to my advantage and not get too down on myself, if I can. It’s hard because I would have liked to have another match here but it’s not meant to be.

“I don’t have anything to prove – if anything, I’ve set the yardstick for everyone else to try and catch, and I’m still playing. It’s not a bad situation to be in.

“There are some very, very good players about – I could get it right maybe one more time but [World Championship titles] is probably the only record I haven’t got. 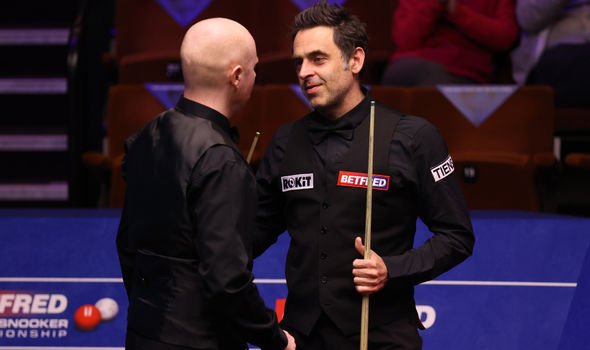 “The only important thing for me is to keep playing – it is a business and if I don’t play, part of my business probably wouldn’t do well. I’ve got a lot of things happening and they happen much better if I play.

“I’ve just got to try and find some enjoyment if I can – that’s the only thing I struggle with, accepting that I cant play well all the time, because it’s such a nice feeling when you do.

“I’m going to play for five years because I like the lifestyle, I’ve got great relationships with my sponsors and I’d be crazy not to.

“Everything I do compliments each other – I’ve got it as good as I’ve ever got it. It’s just about trying to enjoy the game and not crucify myself. I was able to do that today, which was great.

“Hopefully I’m just able to enjoy the game – it doesn’t really matter to me whether I win or lose. I see my career and myself as a business – winning and losing.

“I’m quite privileged – I have to be grateful for what I’ve got and where I am. All I can do is stay in a good frame of mind and turn up. I need to play two good weeks a year and everyone on my side of the fence is happy.”

Discussing his plans for the 2021-22 snooker season, which will begin in the autumn of this year, O’Sullivan insists he’d love to get back out to the Far East.

“It depends on the schedule,” he said when asked how many tournaments he will play in next year.

“I’d like to play more in China because my longevity and what I do behind snooker lies in China. They get priority, they get the nod. As the situation is, who knows when I will be going back there.

“I’m trying to get what’s right for me for now, the future and the next 10 to 15 years. China is the place to be for me really, the sooner I can get out there the better.

“If they get you travelling round the world four times in three weeks then obviously I’ll have to do that in China and miss a few here.

“If the schedule is put together sensibly I can play there and play here. My life comes first and I’ll look at the schedule and give every promoter the option to work with me.

“I’ll pick and choose whatever tournament works for me. It’s all details and just sorting things out with people.”