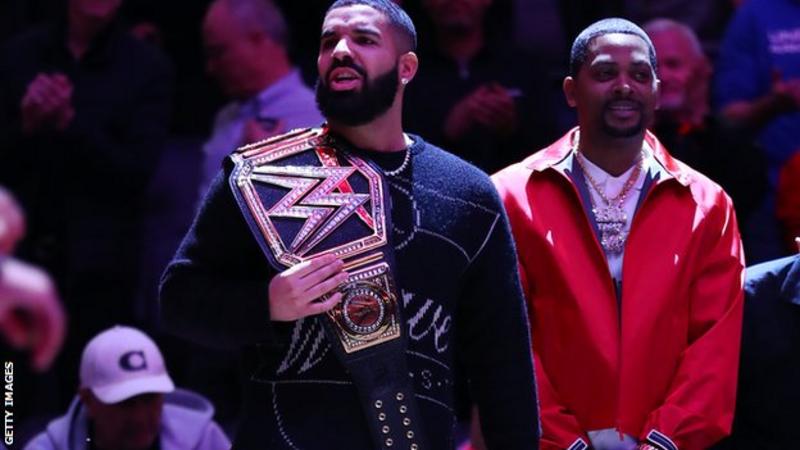 Never doubt Drake’s commitment to the sport of trolling.

If you were watching the Toronto Raptors host the Milwaukee Bucks in the NBA at Scotiabank Arena on Tuesday night, you may have been confused to see the Canadian rapper and Raptors fan turning up with a WWE world title belt over each shoulder.

Did he get lost on his way back from the Royal Rumble?

Had he just come from a child’s birthday party?

It seems like the truth has something to do with Bucks’ star guy Giannis Antetokounmpo and a (pretend) scuffle with a mascot.

The Bucks narrowly beat the Washington Wizards 137-134 on Monday. During that visit to Capital One Arena, Antetokounmpo – holding a WWE belt – and team-mates staged this brutal assault on Wizards mascot G-Wiz.

Arriving at the Raptors-Bucks game the following night, Drake sauntered into Scotiabank Arena adorned with his own WWE straps and his beloved Raptors tweeted “We got belts too”.

Toronto mascot Raptor also came armed for a scrap with the Bucks’ Robin Lopez but fortunately no punches (or chokeslams, piledrivers etc) were thrown and peace prevailed.

However, the war of words between the two teams’ social media admins continued to rage – the Bucks getting the last laugh as they won 108-97.

Never mind, hey. Drake isn’t exactly shy of putting his neck on the line and we’re sure this latest ‘L’ won’t see him retire from the trolling game altogether.

During the 2019 NBA Finals against the Golden State Warriors, he went on a trolling campaign that moved through various iterations.

At game one, he turned up wearing a vintage Dell Curry Raptors jersey (who played for them between 1999-2002) – a little dig at Dell’s son Stephen Curry, of the Warriors. 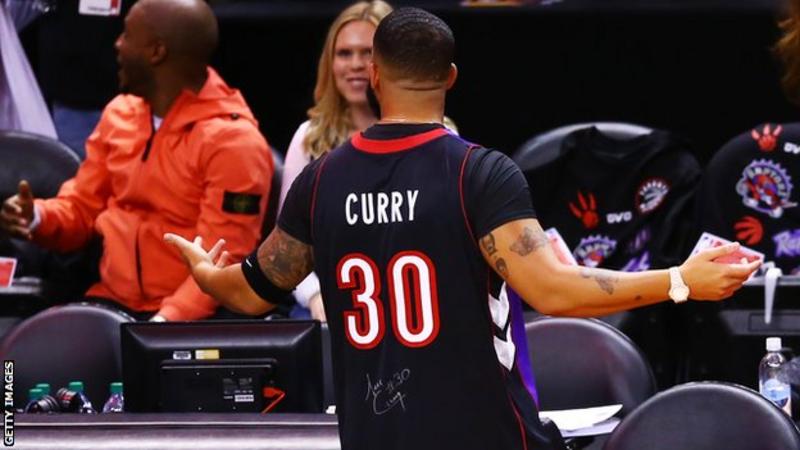 At game two, he wore this hoodie – which may have been a tribute to Macaulay Culkin, but was interpreted as a jibe about one of the Warriors’ best players, Kevin Durant, being injured for so much of the season.

Poor Joel Embiid has also been on the end of a few trollings from Drake. After last year’s Eastern Conference semi-final win over the Philadelphia 76ers, he posted a sad-boy picture of Embiid, aimed at 76ers fans, with the caption “Have a good summer boys! #ProtectKawhiatallcosts”.

And in game five, he did this – mocking Embiid’s trademark aeroplane celebration, as the Raptors claimed a big 125-89 win over the 76ers. 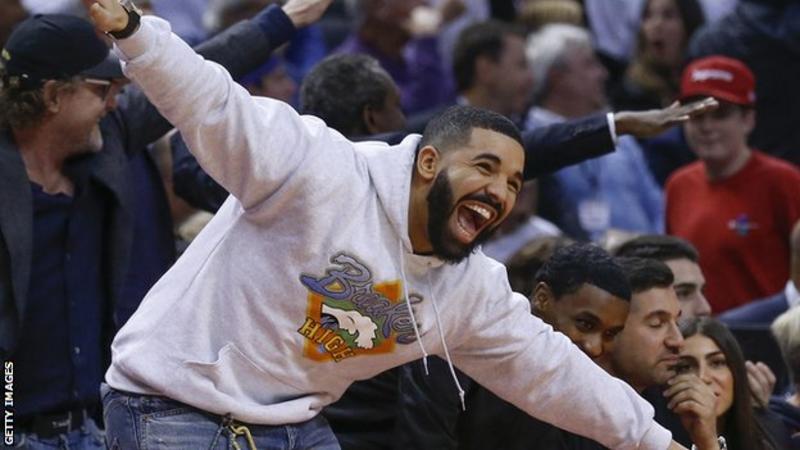