Breanna Stewart and Sue Bird helped the Seattle Storm finish off a dominant season with another WNBA championship.

The dynamic duo powered the Storm to their second title in three seasons. They both missed last year with injuries.

Stewart scored 26 points as Seattle completed a 3-0 sweep of the Las Vegas Aces with a 92-59 rout Tuesday night. It was the biggest margin of victory in WNBA Finals history.

“It doesn’t feel real we just won and that I was able to contribute the way I did,” said Bird, who averaged 11 assists for the three finals games. “Something when it’s all said and done that I’m incredibly proud of.” 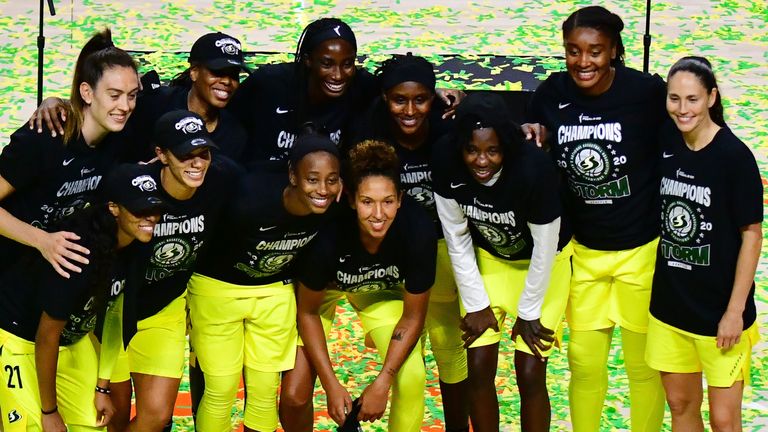 It is the fourth title in franchise history for the Storm, who also won in 2004, 2010 and 2018. Seattle had pretty much the same core group that won the 2018 championship back for this year, led by Stewart, Bird and Jewell Loyd. The Storm joined Minnesota and Houston as the only franchises to win four championships.

Seattle have now won a record 11 games in a row in the WNBA Finals, dating to the team’s first championship in 2004. Bird has been a part of all of them. The veteran guard, who turns 40 next week, was once again a catalyst for the Storm.

Bird said she was most proud of the fact that she won it all with one franchise in three different decades.

“There are core groups that have a two-, four-, six-, maybe 10-year run,” she said. “I have been here for technically 19 seasons, 17 I’ve played. To be able to recreate that magic with different groups.”

Bird, who had five points and seven assists in the clincher, said she hadn’t thought about whether she’ll come back next year.

“Interestingly enough it is never a day of decision. I just kind of start working out and see how I feel,” she said. “I wish I could give you more. If the way I feel right now, if I go through my offseason and continue to build on that in a good way I don’t see why I won’t be playing next summer.” 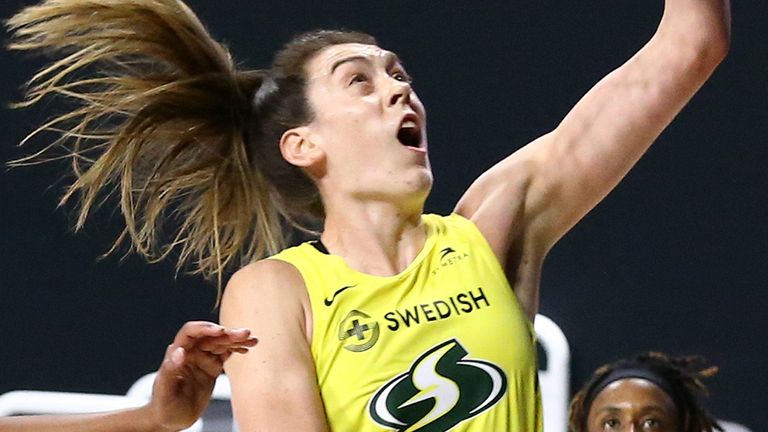 The 26-year-old Stewart set a WNBA record by scoring more than 20 points for the sixth straight Finals game. She was a unanimous choice as WNBA Finals MVP. It was the second time in her young career that she won the award, becoming the fifth player with multiple finals MVPs.

“I wanted to win a ring, that was the priority. Whatever else comes, comes,” Stewart said.

Her play all season showed she had fully recovered from a torn Achilles tendon that sidelined her for the entire 2019 season.

“She is just one of those generational players that comes through once in a while that can face adversity and even get stronger because of it and that’s what we saw of her,” Seattle coach Gary Kloppenburg said. “She missed a whole year and came back as a better player in every category on both sides of the ball. Testament to her work ethic and desire to be such a great player.”

Stewart and Bird were both on the bench for most of the fourth quarter with the game well in hand. The 33-point margin of victory was the biggest in WNBA Finals history.

The team shared hugs at center court after the final buzzer as yellow and green confetti streamed down on them. After the on-court celebration, the league had the players’ families on a video screen celebrating across the globe. Because the season was played in a bubble in Bradenton, Florida, the league only allowed each player to have one guest attend. 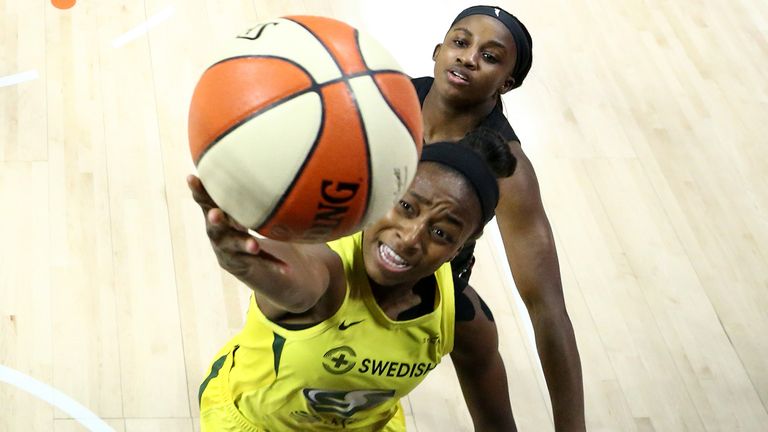 A’ja Wilson, the league’s regular-season MVP, tried to keep the Aces alive. She had 14 of her 18 points in the first quarter, hitting five of her nine shots. She also took four of the team’s six free throws in the period. The Aces, who led the league by averaging more than 23 attempts in the regular season, only had five total in Game 2. Coach Bill Laimbeer voiced his displeasure that the team couldn’t get to the foul line on Sunday.

Despite scoring the first seven points of the game, Las Vegas trailed 23-21 after one quarter after the Storm closed the period on an 11-2 run. Seattle then scored the first six points of the second. Stewart picked up her third foul early in the quarter and had to sit for the final seven-plus minutes.

It didn’t matter as Seattle extended their two-point advantage to 43-34 at the half.

Seattle put the game away in the third quarter, scoring 12 of the first 14 points in the period.

Get NBA and WNBA news on your phone

Want the latest NBA and WNBA news, features and highlights on your phone? Find out more

The Aces’ future is bright. The team was missing Liz Cambage and Kelsey Plum – starters from last year. Cambage was granted a medical exemption to skip playing this season. Plum tore her Achilles tendon.

“I know it hurts. But end of the day you learn and grow from it,” Wilson said. “I know I grew from it. That’s a success in my book and I’m going to keep growing.”

John Lewis once told a young Doc Rivers: ‘We’re just trying to get one at a time’