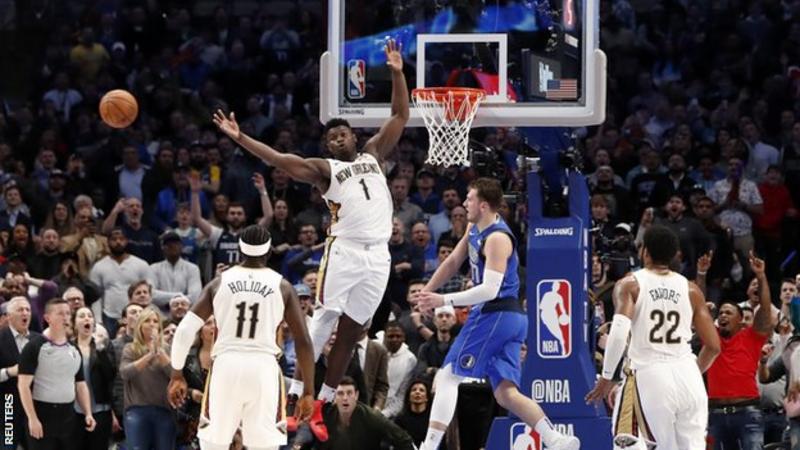 New Orleans Pelicans’ Zion Williamson has pledged to cover the salaries of the employees of the team’s Smoothie King Center for the next month.

It follows the postponement of major sport in the US because of coronavirus.

“My mother has always set an example for me about being respectful for others and being grateful for what we have,” said the 19-year-old.

“During this tough time I want to help the people that make my life, my family’s lives and my team-mates lives easier.”

Williamson added: “Many are still recovering from long-term challenges created by Hurricane Katrina.

“My mother has always set an example for me about being respectful for others and being grateful for what we have, and so today I am pledging to cover the salaries for all of those Smoothie King Center workers for the next 30 days.”

The 6ft 6in rookie was the first pick in the 2019 NBA draft. In February, the forward became the first teenager in NBA history to score 20-plus points in 10 straight games.

Cleveland Cavaliers forward Kevin Love, Detroit Pistons’ Blake Griffin, Charlotte Hornets’ Cody Zeller are among the other players who said they would financially help employees of their respective teams.

In the UK, Premier League clubs Aston Villa and Brighton have donated hundreds of meals to local homeless charities after this weekend’s fixtures were postponed.