Jose Aldo has hit out at both TJ Dillashaw and Henry Cejudo, claiming he is the right choice to fight for the bantamweight title next.

Aljamain Sterling, fresh from his title defence against Petr Yan, currently holds the belt and there are plenty of options for the American.

Dillashaw is the front-runner for the next shot and was called out by Sterling in his post-fight interview, but Aldo believes the ban for performance enhancing druges and unconvincing last performance should put the 36-year-old to the back of the queue. 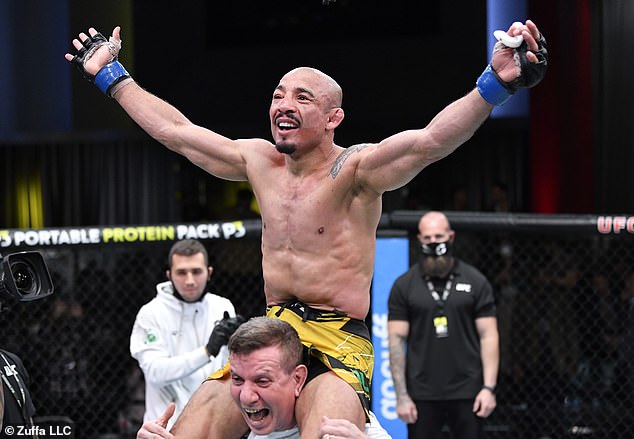 ‘Aljamain, I am waiting for you to sign the contract for our fight,’ he wrote on Twitter.

‘There is no doubt that the fans want to watch this fight. We are currently the 2 best bantamweights in the UFC.

‘Let the rest of the boys fighting each other and exchanging insults on the internet. In my opinion it does not make any sense to let a guy who got suspended for 2 years for cheating to come back and fight for the belt after winning a split decision in a fight I think he lost.’

Aldo then turned his attention to Cejudo, saying: ‘The other one is a clown who faked his retirement just to try to raise his purse – as that did not work now he want to fight for the title after spending 2 years out of the game (and out of the USADA’s pool). 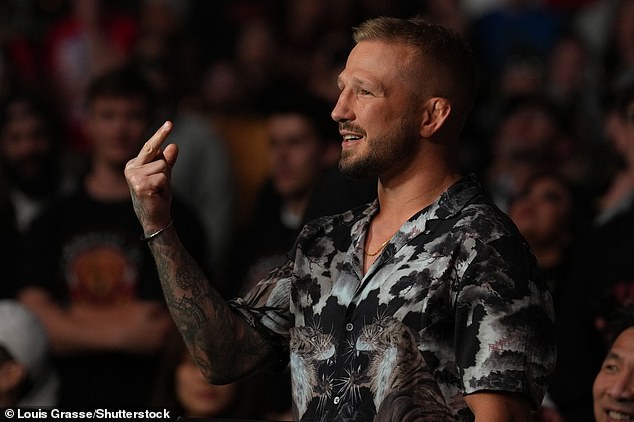 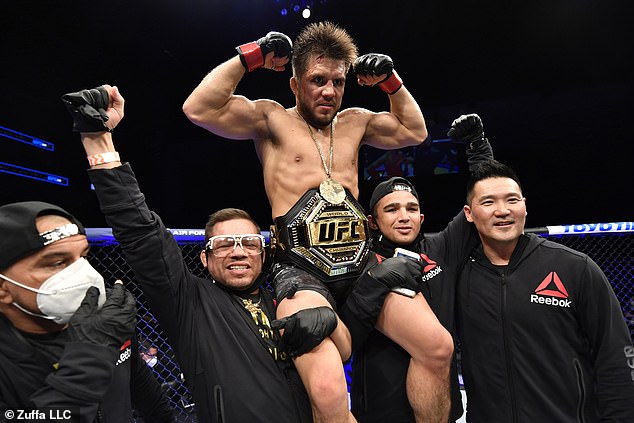 ‘So let’s fight for the title while they sell popcorn in the arena. Whoever sells more popcorn fights with whoever wins our fight. Deal? Let’s do this, Champ!’

Aldo is on a three-fight winning streak and most recently overcame Rob Font by unanimous decision.

He has also beaten Pedro Munhoz and Marlon Vera to put himself right in the mix and has aspirations of becoming a two-weight champion.

Cejudo recently re-entered the USADA testing pool and detailed a meeting with UFC executives about his options.

They are unlikely to allow the Olympic champion to waltz back in for an immediate title shot but he could be one victory away from a chance to reclaim his bantamweight crown. 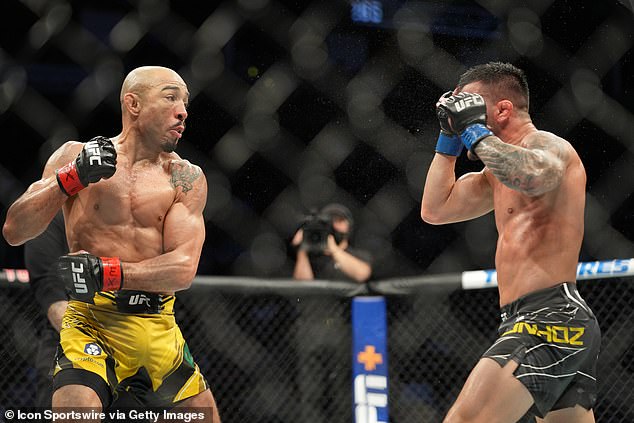 Aldo is on a three-fight winning streak, including one over Pedro Munhoz