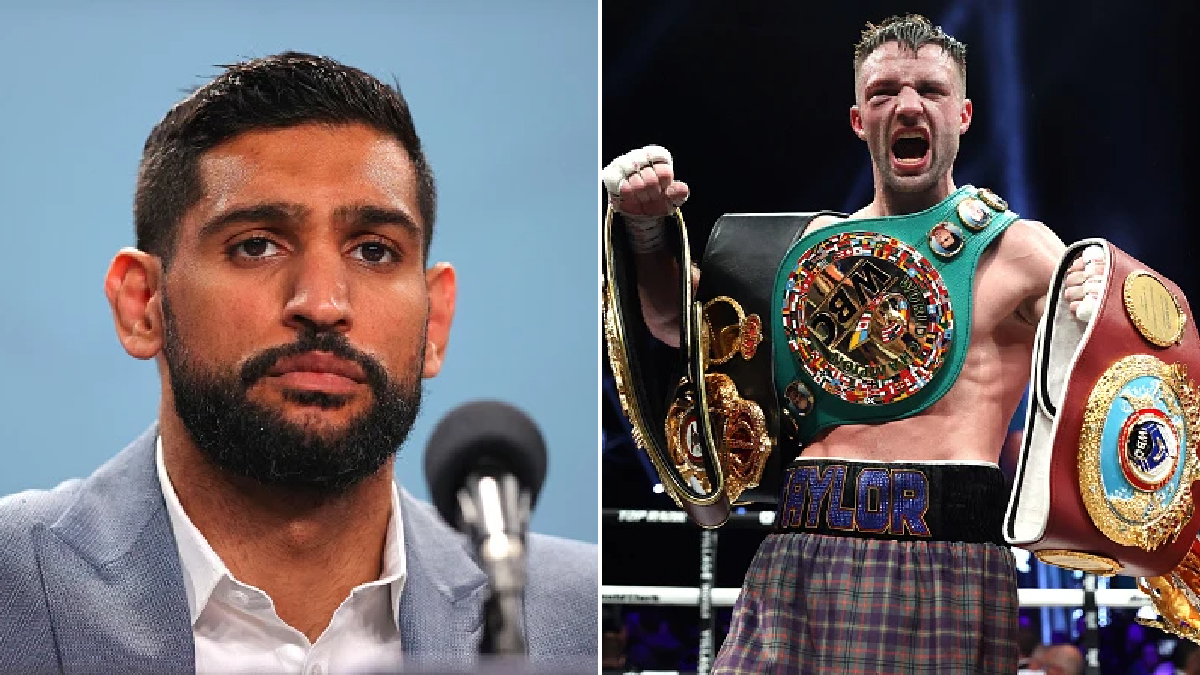 The Olympic silver medal winner and former unified world champion announced he was hanging up his gloves at 35 this month, bringing the curtains down on a glittering 17-year professional career that ended in defeat to old rival Kell Brook in February.

Following that loss, Khan initially suggested he would fight on, with a rematch with Brook discussed along with a bout against rising welterweight star Conor Benn.

A week after Brook announced his retirement, Khan followed suit. But according to BOXXER CEO Ben Shalom, who promoted the fight between the two British fight legends earlier this year, undefeated champion Taylor was another option mentioned for the Scot’s first fight at welterweight.

‘The only other one I can think of was Josh Taylor,’ Shalom told Metro.co.uk on behalf of Bet365.

‘Josh was planning on moving up to welterweight and that fight might have made sense because it would be Josh’s first fight at the weight.’

Shalom added however Khan has made the right call in walking away from boxing, believing the decision was ‘obvious’ following his sixth round stoppage defeat to Brook in  Manchester.

‘But for Amir, even more so for Kell, it was always obvious that he should retire. You could see that from what he said after the fight.

‘But like so many other fighters, he’s gone home and thought ‘that wasn’t me’ and ‘I could go again’. But then he’s made a decision to hang up the gloves and walk away.’

Taylor, who became the first British fighter to unify their division in the four-belt era in 2021, defended his 140lbs titles in controversial circumstances against Jack Catterall in February.

The Scot has openly discussed his plans to move up to the welterweight division in pursuit of more glory, hopeful of securing a showdown with American star Terence Crawford.

Taylor for now is in talks to fight his WBC mandatory challenger Jose Zepeda at super-lightweight next, having vacated his WBA title.