Robert Garcia has told Anthony Joshua that he must relocate to California for his camps if he wants to continue working with the legendary trainer. Garcia joined Joshua’s team ahead of his second fight with Oleksandr Usyk and spent the first half in his base at Loughborough University and the second half in Dubai while AJ acclimatised himself to the sweltering middle eastern heat.

But with other fighters to focus on as well, it is unlikely the two-time heavyweight champion will be owed the same treatment if he continues to work with Garcia.

“I told Anthony and all his team that, for me, the best way to keep working together is if Anthony comes to train in my gym in California eight weeks before a fight,” Garcia told IZQUIERDAZO.

“From six to eight weeks, that’s all I need for a good camp. I told Anthony, ‘I need you to be around more fighters, more champions. I want you to have more fighters for competition, even if they are from the same gym, but you have to compete.’ 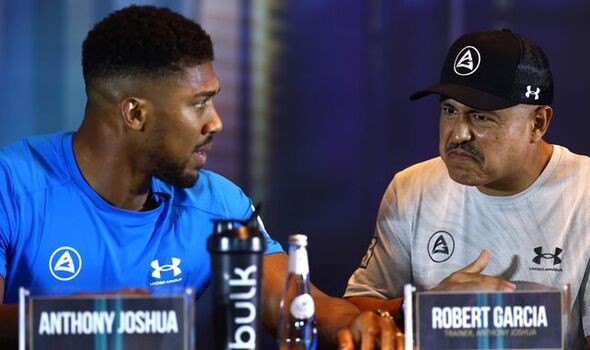 “He needs a place with other world champions around. Anthony has always been alone in his camps, he didn’t have other fighters to train with. He needs to be in a cheerful environment, to interact with other fighters, other sparring partners.

“I think that that would help him a lot. I am a boxing man, and I told them that I know that he needs to be in a challenging gym. The other fighters will push him to do more and more. That helps a lot.

“Everyone else in the team is willing to train in California. I had a very nice conversation with them before leaving, and everyone agrees that this is what he needs. They said that they will talk to Anthony and that they will need to convince him this is the best for him. 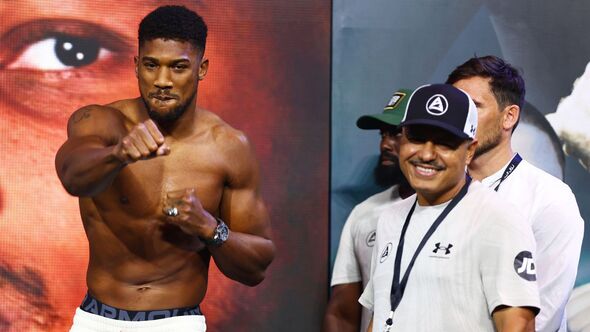 “In the end, he can decide differently, but his team accepted that the best option is to leave the UK and come to California for his training camp.”

“Those four months that I was in England with him were hard for me. Fortunately, I didn’t have a big fight with my other fighters. Jesse Rodriguez fought in June. And I travelled from there to England. I find it difficult for that to happen again,” continued Garcia.

“If they ask me to go back to England, it would have to be a special situation. If Anthony’s next fight is in early December, I would be available, because I don’t have big fights.

“But if Jesse Rodriguez or Jose Ramirez have an important fight, I would rather stay with them, and not leave. That is why I asked Anthony’s team to come to California, and they liked the idea. Now, they need to talk to Anthony and convince him.”

Joshua is expected to return to action in December against a currently undisclosed opponent over in the United Kingdom. Among the rumoured opponents are Deontay Wilder and Dillian Whyte.