In pictures: Joshua stunned by Usyk

Anthony Joshua has weighed in on his performance in his last fight against Oleksandr Usyk. During Tuesday afternoon’s press conference in Saudi Arabia, a humble AJ admitted the Ukrainian ‘bust his a**’ for some rounds, but assured attendants that ‘the hunger is still there’.

“Definitely the hunger is still there. Blips happen, things happen in life, but resilience, mental toughness and consistency will always prevail,” Joshua said.

“We’re still on the road to undisputed for sure. God willing, I’ll perform, and I’ll become three-time heavyweight champion of the world. With Andy Ruiz, I think a lot of people could see before the fight that things weren’t 100 per cent [with me].

“But we take our loss like a man; if you lose, you have to stay humble. I knew I could come back again and do what I have to do. The fight with Usyk, he bust my a** for some rounds! And I have to take that defeat like a man as well, I have to be accountable. 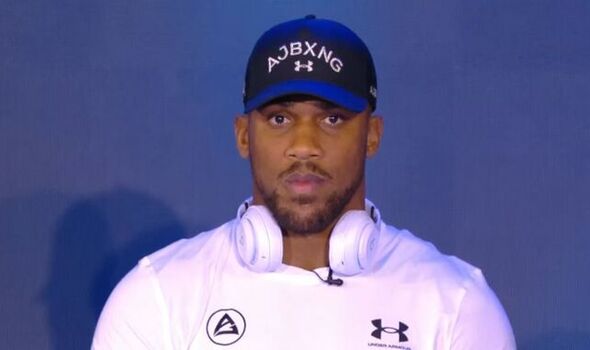 “In the fight in September, I was wrong and he was right. Simply I have to reverse that role in August. I don’t like to overcomplicate the situation, because there’s simplicity in genius. I’m just gonna keep things simple. I respect him and his craft, and what he’s achieved.

“If I’m around someone that’s better than me on the night, I have to push myself to be better than them. That’s all it’s done really, and thankfully I’ve got a second chance. “If you know my story, you know I’m the comeback king. You can put me down, but it’s difficult to keep me down.”

Usyk comfortably outpointed Joshua at the Tottenham Hotspur Stadium as he claimed AJ’s WBA, WBO and IBF belts. The loss marked AJ’s second defeat as a professional. His first came against Andy Ruiz Jr in 2019. Like the Usyk fight, that rematch also took place in Saudi Arabia as Joshua stuck and moved his way to a historic redemption victory. 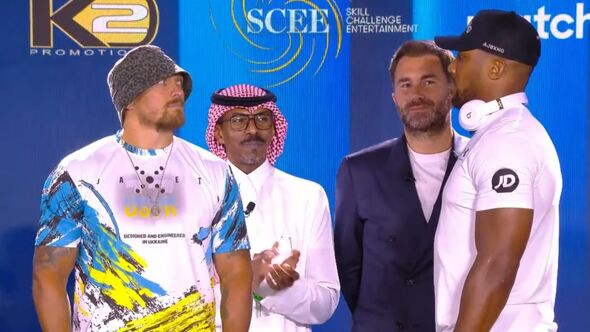 Joshua will be hoping to do the same in his second fight against Usyk, but consensus belief is that Joshua will have to adopt a more aggressive style if he hopes to beat his adversary. New trainer Robert Garcia is expected to change Joshua’s approach to the rematch and revealed at the press conference that Joshua is adapting well.

“I want to congratulate Usyk and his team for all the success they had. They’re great people, a great team,” said Garcia.

“I’ve been going back and forth to England since December. I see a different Anthony now. I think he fought the wrong fight, but that’s the past, that happened already. Come 20 August, we’re gonna do what it takes. [AJ] is the bigger man, he’s the stronger man, he’s got the reach advantage, so we’re gonna take advantage of all that.”

“We’ve got to be prepared for everything. I think Anthony has all the tools to beat him, we just have to do the things [we do] in the gym. I have no doubt that on 20 August he will be champion again. All the hard work he does in the gym, it motivates me, also. I know how much he wants it. I want my first heavyweight champion of the world.”

The rematch is set to take place on August 20 at the Jeddah Superdome in Jeddah, Saudi Arabia. According to recent reports, DAZN – who have an existing broadcast deal with Joshua and Matchroom- may have to bid against rival broadcasters to show the fight, with Saudi Arabia in full control of the broadcasting rights.