Anthony Joshua has made it clear to Eddie Hearn that he wants his next fight to be a blockbuster bout against Tyson Fury this summer and a deal could be made. Joshua was clearly watching attentively on Saturday night as Fury stepped into the ring to face Deontay Wilder in their hotly-anticipated rematch.

The first bout between the two ended in a controversial draw, but Fury raised his game to pull off a stunning victory over Wilder to claim the WBC belt.

Now Britain’s top two heavyweights hold all the belts with everyone keen to see a generational fight between Fury and Joshua next.

Wilder could prevent that from happening if he activates a rematch clause, while Joshua is planning on defending his belts against IBF mandatory challenger Kubrat Pulev.

Both Pulev and Fury though are represented by Top Rank and Hearn has said a deal could be struck to put the mandatory fight on hold to make an all-British heavyweight clash happen this summer.

JUST IN: Fury vs Joshua wanted this summer but Wilder decision will be key 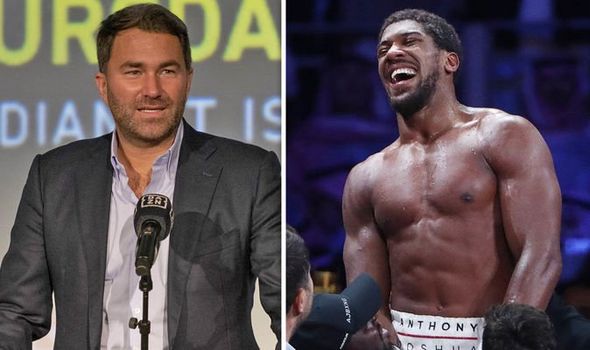 “He phoned me yesterday, we had a good conversation on the phone,” he said on Sky Sports News.

“His first thing that he said was, ‘how do we make this fight happen’.

“That was the first thing that was said and I said look, firstly this hinges on Wilder.

“If we can go straight into the Fury fight this summer, that is everybody’s preference.

“There is a move to be made there where we can make Pulev wait and we can do this undisputed fight in the summer.

“But we wait on Wilder because if he exercises the rematch, we have no choice but to fight Pulev next and then fight the winner of Wilder against Fury.

He added: “All he wants to do now is go forward and prove he’s the best in the division and create a legacy that can prove to everybody that he is. 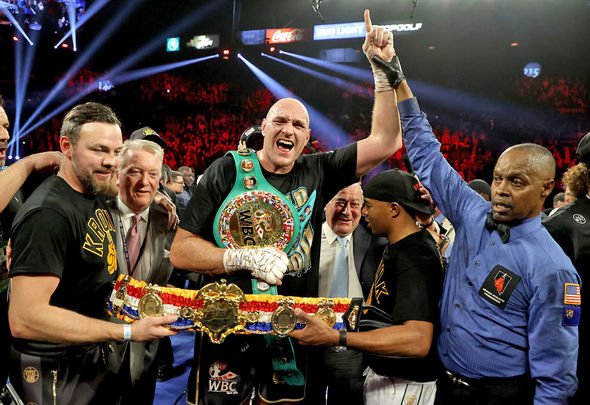 “He was when he boxed Wladimir Klitschko – we saw the performance there.

“Let everybody think Tyson Fury is going to school AJ… and AJ will do what he always does. He will work diligently behind closed doors to improve as a fighter and to win this fight.

“Then there will be no arguments because, as good as the performance was from Tyson Fury, you cannot categorically say the best heavyweight in the world is Tyson Fury.

“Until these two fight, it will not be resolved who is the king.”