‘I’m ready for this one… I’m motivated’: Anthony Joshua insists he will take Oleksandr Usyk down as he prepares for desert duel 10 years after Olympic gold

Ten years almost to the day after Anthony Joshua won his Olympic gold medal in London he sits here in Saudi Arabia contemplating how to prevent the glory turning to dust in the desert.

Joshua’s journey from August 2012 to August 2022 has wrought a renaissance in British boxing.

On Saturday he seeks personal redemption in a rematch with Oleksandr Usyk, the Ukrainian war mascot who seized his world heavyweight titles by sensation 11 months ago. 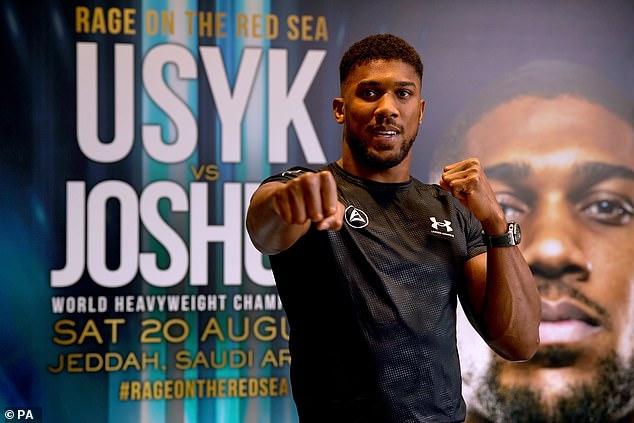 Failure to do so, many fear, might apply the closing bracket to the career of this two-time world heavyweight champion.

Joshua, 32, refuses to countenance that possibility. But the passage of time does prey on his mind. ‘Can you believe it? Ten years,’ he says. ‘Where’s the time gone? I didn’t understand it all back then. But I’ve been learning ever since.’

Right up to now. He adds: ‘If I’d known then what I know after losing to Oleksandr I would have trained harder for our first fight.

‘Now I’m ready for this one. But there was never a grand plan. I’ve taken each step as it’s come. Thinking about it and then doing it. I’ve thought about this fight. I’m motivated.’ 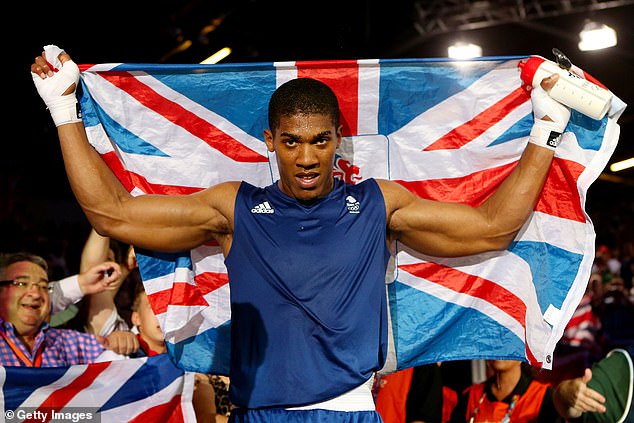 If he needs a confidence boost, then Eddie Hearn’s the man to give it. Joshua’s Matchroom promoter is never backward in coming forward for his fighters and, as he embarked for Saudi Arabia with doubts swirling around his poster boy’s prospects of regaining his world heavyweight titles here on Saturday night, Hearn was as positive as ever.

‘I’m expecting AJ to knock him out around the sixth round,’ Hearn said. ‘He knows this will be another tough fight but he also knows he has to be much more aggressive this time and use his big physical advantages.’

Unconvinced by Tyson Fury’s latest affirmation of retirement, which came on the Gypsy King’s 34th birthday last week, Hearn said: ‘I’m sure Tyson will be tempted by the huge fight with AJ for which we’ve all been waiting so long, the millions it will make them and the chance to become the undisputed world heavyweight champion.’ 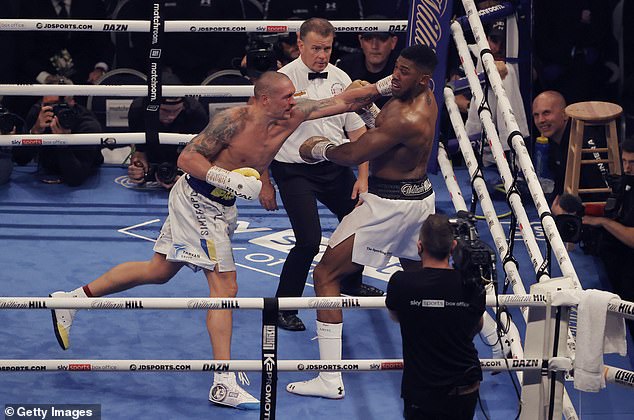 Probably true, since the $50million purses reportedly being banked by Joshua and Usyk this weekend would be dwarfed by the Saudi promoters for Fury v Joshua. Probably as soon as this December.

First things first. Usyk produced a masterclass to unravel Joshua on that September night in London. Since taking leave from the frontline of Ukraine’s war with Russia, he has trained manically to build more muscle on the body which won him the undisputed world cruiserweight championship. 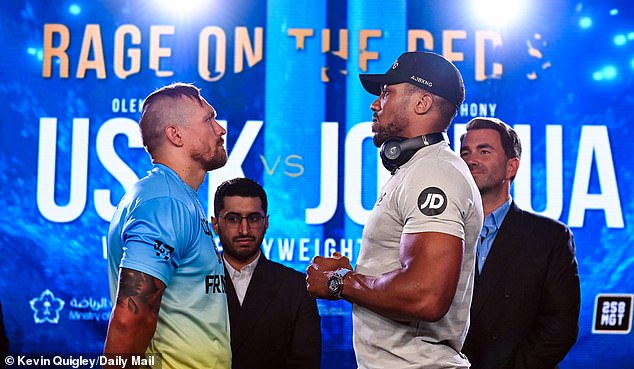 Joshua admits he made a catastrophic mistake by trying to outbox a technical genius 11 months ago and Hearn said: ‘He’s in a much better frame of mind now.’

He will need to be. Usyk’s camp believe it will be their man going for the knockout, which he was on the brink of landing in the closing seconds of the first fight.

Joshua has one other powerful motivation for denying that ambition. A second consecutive defeat by Usyk would raise concerns for his future. Hearn said: ‘Even if he does lose here I’m sure he will still fight Tyson next.’

That prediction may become the most ambitious.

Anthony Joshua and Tyson Fury in Marbella: What was really said, and why was Oleksandr Usyk mentioned?

Paul teases announcement that could kill off Fury fight for good