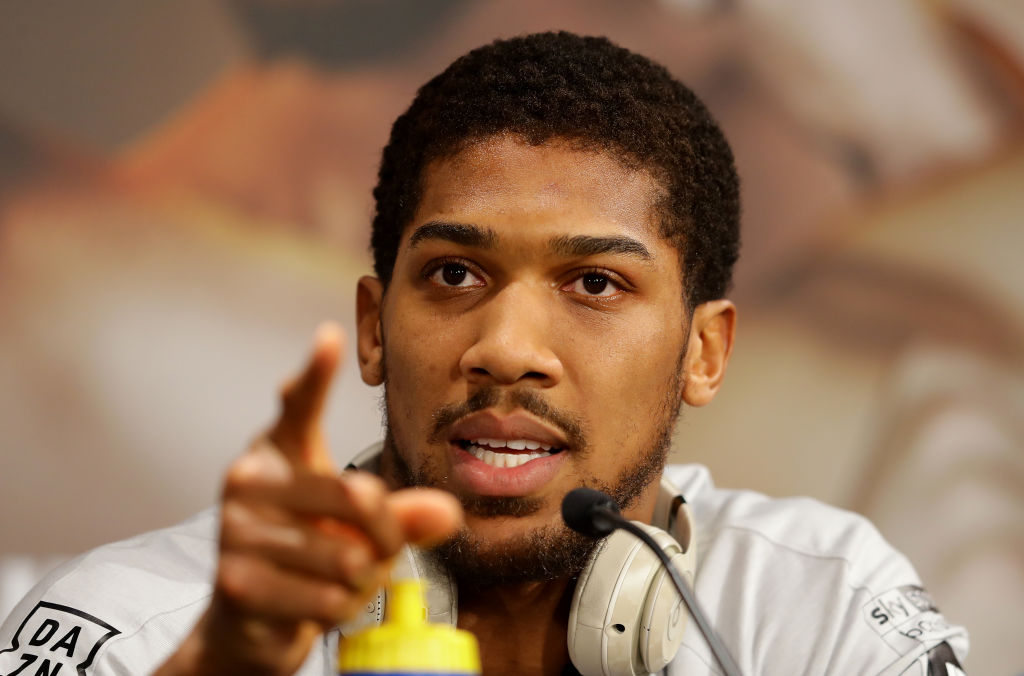 Anthony Joshua stormed into a university flat to confront students who heckled him over avoiding a fight with Tyson Fury – warning the group to ‘watch their mouths’.

The two-time heavyweight champion was walking through the grounds of Loughborough University where he has relocated his training camp ahead of his July fight against Oleksandr Uysk.

According to The Sun, a group of drunk students began shouting abuse at Joshua, accusing the Olympian of ducking a fight against British rival Fury.

One witness claims ‘profanity and abusive language’ was aimed at the heavyweight from an upstairs window.

Joshua took exception to the abuse on this occasion, heading towards the halls of residence where he was buzzed into the building.

‘Remember you’re running your mouth, because when I bring people up here and I start cracking your glass jaws, none of you will like it,’ someone who appears to be Joshua is heard telling the suddenly silent group.

‘When your jaws start breaking and people start chasing you out of this uni, none of you will like it.

‘Watch your mouths because you don’t know who you’re talking to sometimes. All this public eye bulls**t, I ain’t into that.’

‘But why would you target one of the toughest guys on the planet?’

Joshua has previously based his training camps in Sheffield but has made changes ahead of his rematch with Usyk this summer.

The Briton suffered the second defeat of his career against the undefeated Ukrainian at the Tottenham Hotspur Stadium last September, losing his IBF, WBO and WBA titles in the process.

Twenty years on, a look back at Mike Tyson's Scottish ignominy