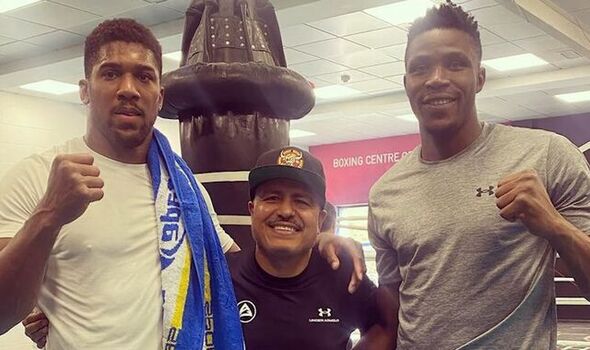 Anthony Joshua is deep into preparations for his rematch with Oleksandr Usyk on August 20 and has been sharpening his tools with a number of nimble southpaw sparring partners. There is a mixture of new faces and old ones in camp with ‘AJ’ so here Express Sport is giving you a rundown of all of his known sparring partners as he prepares for the Saudi showdown.

Returning to the fold are three highly dangerous professionals and two tricky amateurs. Croatia’s Marko Milun and Bahrain-based Danis Latypov are the only amateurs to return for a second stint as Joshua’s sparring partners after linking up with the Brit ahead of the last Usyk fight. Little is known about the pair; however, Milun is a regular sparring partner of fellow countryman Alen Babic so is used to counteracting highly aggressive foes which will no doubt come in handy for the Watford powerhouse.

Leading the professional pack is Demsey McKean, an undefeated Australian 21-0 professional boxer who is the only world-ranked regular sparring partner of Joshua’s. McKean is currently the No 9 heavyweight in the world according to the WBO and No 13 according to the IBF. The 31-year-old is a Matchroom Boxing fighter and comes with a solid reputation. 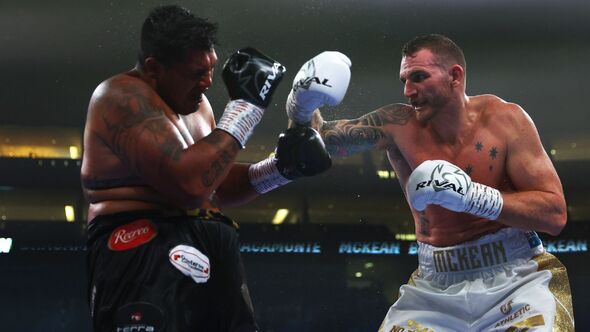 Ireland’s Thomas Carty has given Joshua a few rounds in 2022 not just limited to this training camp. Carty is a very popular sparring partner on the professional circuit having helped Filip Hrgovic and Dillian Whyte prepare for their recent fights. He currently sits at 3-0 as a professional and is a powerful and compact southpaw.

Finally, Shokran Parwanim has reportedly been used as one of Joshua’s main sparring partners and has followed the two-time heavyweight champion out to Saudi Arabia for the final portions of his camp. The fleet-footed 17-1 professional Afghanistan-born boxer has fast hands and educated footwork making him the perfect fighter to mimic Usyk. 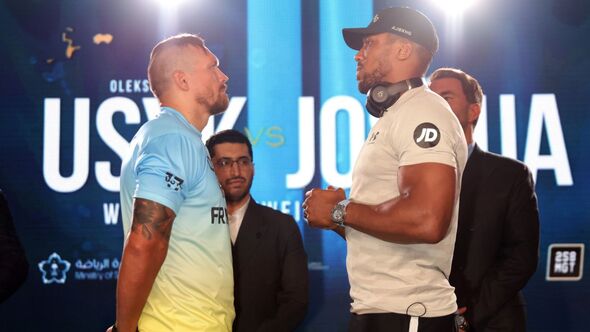 Derek Chisora and Frazer Clarke have also been training alongside Joshua but are not being used as sparring partners as both are orthodox boxers.