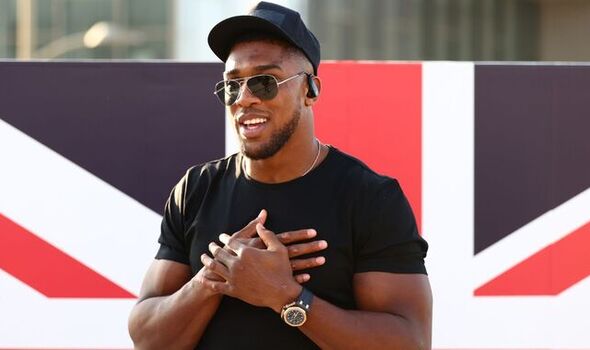 Tyson Fury’s former coach Ben Davison has offered his advice on how he thinks Anthony Joshua can beat Oleksandr Usyk in their hotly anticipated rematch which is expected to be announced this week. Joshua was convincingly beaten on points by the Ukrainian in their first fight back in September, losing his WBA ‘Super’, IBF, and WBO heavyweight titles in the process.

Since triggering the rematch clause Joshua has enlisted the help of Boxing Writers’ Association 2012 trainer of the year Robert Garcia in place of Rob McCracken. Garcia is expected to change AJ’s approach for the rematch after the Brit was hounded by critics for not being aggressive enough in the first fight. But Davison believes that it is technical adjustments that are needed to beat Usyk.

In an Instagram video in which a fan asked him what Joshua must do to beat Usyk, Davison said: “ring positioning first and foremost. He has to be composed enough to be able to process what is going on,” Davison continued, before saying that Joshua must ask himself ‘When I did this, Usyk’s response was’, and register that information.

“It’s important that he is able to break [Usyk’s] rhythm,” he added. “This will at times cause Usyk to reset and break base which is something Joshua can use to his advantage. He has to switch up the point of his attacks, making it hard for Usyk to anticipate which will also make it difficult for Usyk to counter.

Inoue stops Donaire and calls for Butler fight next

“I think he could do with being more compact but still naturally orthodox/southpaw there will be some lead hand engagement, which he can use to his advantage if he understands what to expect from different looks. But Usyk is very good with his own lead hand, so I think it’s vital Joshua learns to claim and regain the initiative in these moments. He has to be able to create opportunities and know when to attack.”

The date for the Usyk vs Joshua rematch is ‘right on the brink’ of being announced according to Matchroom Boxing promoter Eddie Hearn. The original preliminary date was July 23, but now Hearn is expected to announce a revised date of August 20 to allow for better press coverage in the lead-up to the fight.

The Matchroom Boxing chief told talkSPORT: “We’re right on the brink now of signing all the paperwork. It [July 23] is only seven weeks away. It is a big job.They want to do multi-city, international press tours. There’s TV rights to discuss, there’s sponsorship to discuss.

“It is likely you will see a two or three-week delay for that fight to land in August. The fight will happen. I’m very confident you will get an official announcement next week. It has been a long task, as it always is to sign these big fights.”