Deontay Wilder’s fiancee Telli Swift has been taunted by hoards of boxing fans on Instagram because of her sickening comments ahead of the clash with Tyson Fury.

Swift, who is a reality TV star and model, posted a photo of Fury on her Instagram story on the eve of last night’s heavyweight battle.

“Told ol’ boy he got get knocked tf out,” she wrote as a caption.

Wilder has always claimed he wants a body on his record and Swift was confident Fury would be the victim.

However, she was completely wrong as the Gypsy King emerged victorious with a dominant win to claim the WBC belt. 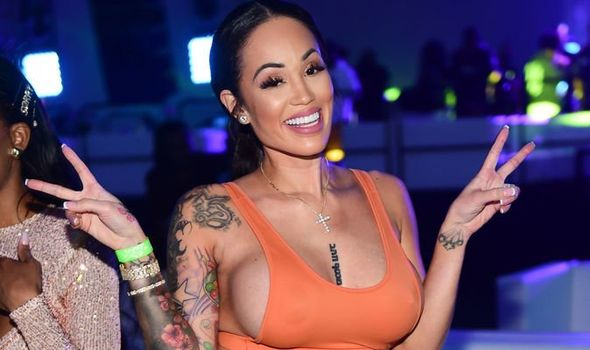 Wilder was downed in the third and fifth round and when cuts to his mouth and ear looked damning his corner threw in the towel in the seventh round.

The 34-year-old was rushed to hospital after the fight and Swift’s social media account fell silent.

She had posted a large number of updates on her Instagram story throughout the night and even uploaded a photo on her of her entering the MGM Grand alongside her husband-to-be.

But boxing fans have hijacked the comments and ripped into her for trash talking in the build-up. 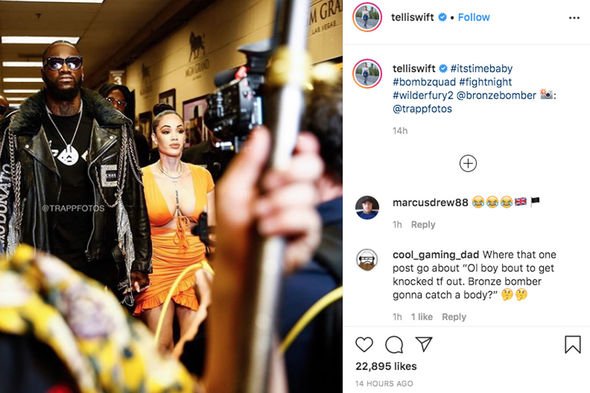 “Where that one post go about ‘Ol boy bout to get knocked tf out. Bronze Bomber gonna catch a body’?” one person wrote.

And another added: “Ol boy beat him bad… don’t talk s**t next time.”

A third user commented: “Thought your man was bona catch another body?”

While a further person wrote: “You not put anything on after it? Why so quiet all of a sudden?”

Meanwhile, Wilder’s coach Jay Deas believes the former champion’s entrance outfit, a black, jewel-encrusted suit, was to blame for the slow start to the fight with ultimately proved costly. 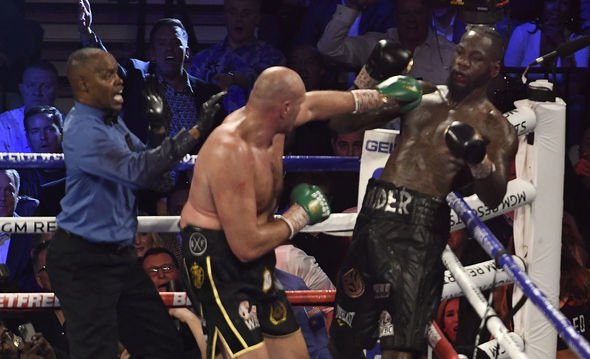 “His legs didn’t look great to me early on,” he said. “I didn’t think his legs look like they normally look.

“I know he came to the ring in the outfit, which was very heavy.

“I don’t know if that had anything to do with it. Tyson’s a lot of weight to be putting on you as well.

“I don’t know all the answers yet but once I see the film, I’ll know more.”