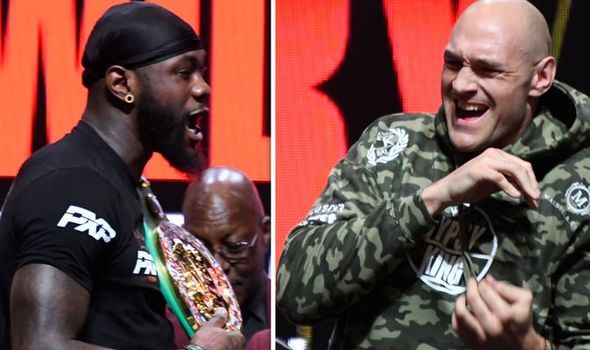 Tyson Fury will have to be ‘significantly better’ than the first fight to beat Deontay Wilder tonight in Las Vegas, according to David Haye. Fury gets another shot at Wilder after losing their initial fight in December 2018.

Haye climbed up off the canvas in one of the most stunning moments in modern boxing history during the epic clash at the Staples Cente in Los Angeles.

And despite most boxing experts handing him a points victory the judges gave Wilder win.

Tonight in Vegas Fury goes again hoping for redemption and to earn the WBC heavyweight crown.

And Haye believes Fury should stick to the same gameplan from the first fight, but warns he will need to be even better than before.

“The best tactics from Fury would be to do what he did the first time; slick boxing, jabbing, moving, and off-setting Wilder’s rhythm and stopping him loading his big punches,” he told Mirror Fighting. 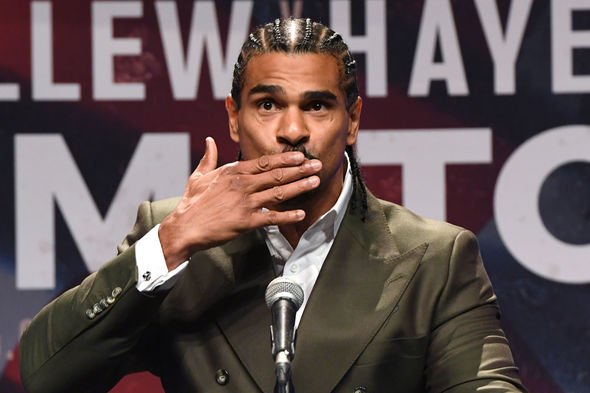 “He should be touching Wilder’s hands with his jab and not always looking for a power punch while mixing up the power with the speed and trying to bamboozle Wilder in a similar manner to the first fight.

“But he needs to be significantly better this time as Wilder is going to be ready for it.”

Haye thinks Wilder needs to be clever with his punching, and needs to be tactical in the early rounds.

“Wilder must fight the urge to throw big punches from out of range as he was guilty of this in the first fight,” he wrote in his Betfair column.

“He must get his feet closer to his opponent before off-loading, so I am expecting his footwork to be quicker and sharper than it was.

“Another key to victory for Deontay is to show more feints than he did in 2018. He wasn’t trying hard enough to trick Fury into making a defensive move and countering with shots.

“Instead, Wilder was throwing punches cold. He needs to set his attacks up a bit more. If Wilder is to defeat Fury this weekend, he will have to be more patient.

“Maintaining energy levels will be key for the champion. In the first meeting he threw too many big punches too early which resulted in him slowing down and that had a detrimental effect on his punch power. I feel that cost him the knockout win in the last round.

“Like the final point with Fury, Wilder will have to show real heart in this fight if he is to be victorious.

He did just that in the Luis Ortiz win last time out. To beat Fury he will have to prove he has the heart of a champion because the challenger has already shown he’s going to get up from anything and keep coming back for more.

Wilder must be willing to put it all on the line.”