Deontay Wilder’s ring-walk costume excuse is “ridiculous”, according to former world champion Carl Froch. Wilder blamed the weight of the outfit he wore before his loss to Tyson Fury for his seventh-round TKO defeat.

Wilder lost his WBC world title belt and missed out on the chance to win the Ring Magazine strap, too.

The Bronze Bomber also had to part ways with his undefeated record while Fury kept his intact.

Since then, however, Wilder has been quick to make excuses for his loss, with the big one being that his costume, which weighed 40lb, weakened his legs for the bout. 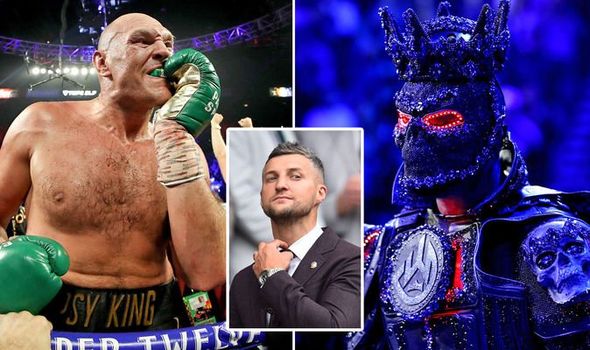 “I think you have to laugh, and I think most people have laughed,” Froch told Sky Sports.

“They don’t take that excuse seriously surely, but it did look heavy. To blame the ring walk costume, for me it’s ridiculous.

“Tyson Fury was pretty good on the night and he was landing a lot of punches. I think that’s the reason he got beat and not the outfit.”

Froch was especially impressed with the way Fury dominated Wilder, who had to have his ear stitched up after the loss.

“I was really, really impressed. I thought it was an outstanding performance,” he added.

“Not many people thought he could do what he did.

“He actually did tell everyone he was going to go in there and stop Deontay Wilder, but to do it in the manner in which he did it, nobody expected. 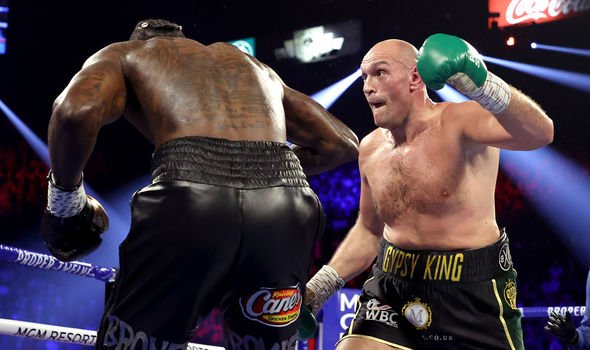 “I just thought his performance was one of the best performances in a ring I’ve seen by a heavyweight fighter of his size.

“It was phenomenal, I was amazed and I think a lot of people agree with this.”

Wilder is expected to exercise his optional rematch clause.

The trilogy fight has to take place by July 18 and the fight will likely occur in Las Vegas.

Many had hoped Fury would be able to go on and fight Anthony Joshua for all four heavyweight world title belts.

But it seems that a potential undisputed fight will be pushed back to 2021, or the end of this year, providing a third bout between Wilder and Fury takes place.

Auction launched by Andy Murray's former trainer Dani Vallverdu
Recent Posts
This website uses cookies to improve your user experience and to provide you with advertisements that are relevant to your interests. By continuing to browse the site you are agreeing to our use of cookies.Ok