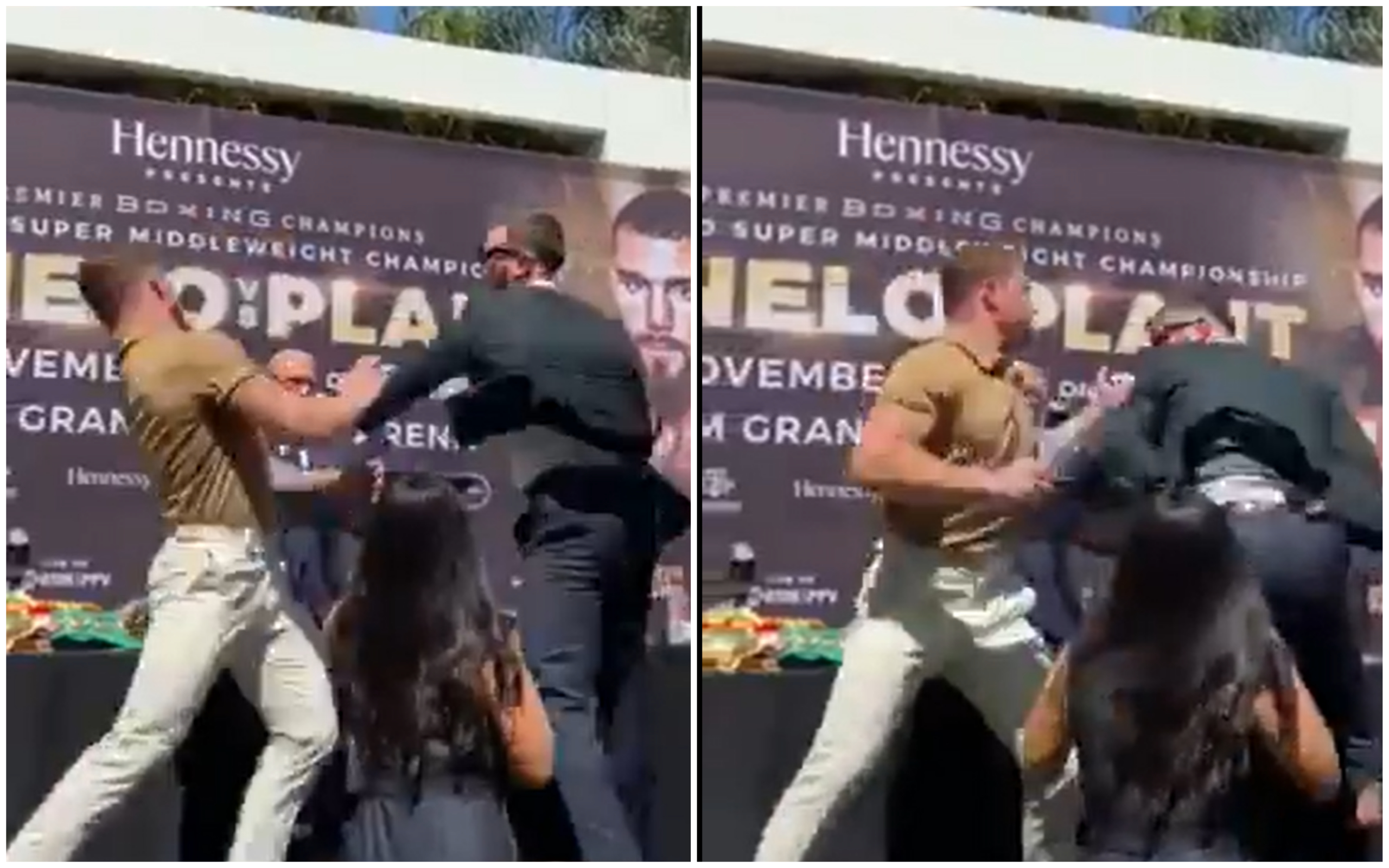 Saul ‘Canelo’ Alvarez and Caleb Plant were involved in a vicious brawl in their first press conference ahead of their November showdown.

WBA, WBC and WBO super-middleweight champion Canelo shoved his opponent across the stage after they exchanged words following a stare-down.

Plant responded by swinging a vicious left at his opponent which Canelo ducked. The Mexican responded with a counter right of his own that appeared to leave Plant with a cut below his right eye.

Security swarmed the stage before more shots were exchanged.

The two were in California for the first official press conference ahead of their super-middleweight unification showdown on 6 November.

The 31-year-old added the WBO title to his collection in May with a huge win over Billy Joe Saunders, forcing the stoppage shortly after an uppercut that broke the Briton’s eye socket.

Widely regarded as the best pound-for–pound fighter on the planet, Canelo has just one defeat on his 59-fight record – against Floyd Mayweather Jr back in 2013.

Arum hopes Osyk beats Joshua despite it going against his interests