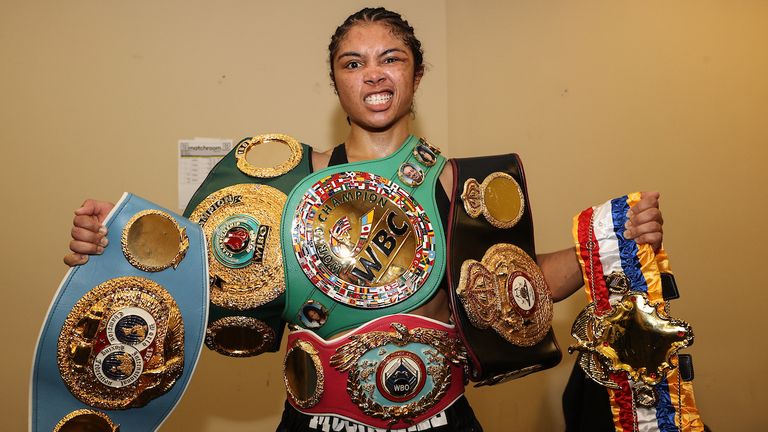 Jessica McCaskill will defend her undisputed world welterweight title against Cecilia Braekhus in early 2021 after the former champion activated the rematch clause.

McCaskill ripped the titles from Braekhus in a tightly-fought contest on the streets of downtown Tulsa in August, with one judge unable to split the pair but challenger McCaskill getting the nod on the other cards, 97-94 and 97-93.

It brought to an end Braekhus’ reign as the undisputed world welterweight champion after the American’s superior work-rate earned a majority decision that shattered the 36-fight unbeaten record of the ‘First Lady’ in Tulsa.

It also meant that McCaskill became a two-weight world champion in just her 11th pro outing, and was another chapter of a phenomenal rise for the Chicago ace, who has spoken of her desire for a rematch against Katie Taylor, who took the WBA lightweight belt from her in December 2017.

McCaskill, however, was not surprised to see Braekhus cash in her rematch option, and said: “We knew she would be back and that it would only be a matter of time. Usually those types of conversations straight after a fight to direct the audience’s eyes away from the loss. In this sport, so many people have said that they are retired and then come back to have fights.

“I gave her the belts back and just wanted to be the one to do that. There’s never been any bad blood, I could have had my team send the belts back but there was no reason not to give the belts back myself so we went over to her room and she was on the phone to her family, when she got off the phone, she made comments to passing the torch and with her being beaten for the first time I think she expects someone else to carry on her legacy and I have my own legacy to fulfil and that’s where my focus is.”

Frank Warren shut out of his show as boxing finally returns

Mayweather 'in talks over another lucrative fight in Japan'