Colby Covington said he will knock out UFC welterweight champion Kamaru Usman when they meet in a championship rematch later this year.

The former interim champion, who was finished by TKO in the fifth round of their first meeting at UFC 245 in December 2019, was confirmed by UFC president Dana White as the next man in line to face Usman following “The Nigerian Nightmare’s” victory at UFC 261.

Usman knocked out Jorge Masvidal with a huge straight right inn the second round to register his fourth straight title defence and extend his remarkable unbeaten streak to 18 fights.

But Covington, who pushed Usman to the limit before eventually being stopped in the final round of their first bout, says he has the champion’s number and will dethrone Usman in their rematch, which is expected to take place later this year.

Speaking to Submission Radio, Covington gave his pre-fight prediction, saying, “Knockout inside three rounds. That first round, the pace that I saw, and I’ve seen him very tired in that first round. He won’t make it three rounds with me this time.

“I’m just too well-rounded, I’ve evolved too much. My coaches at Colby Covington Incorporated MMA, Cesar Carneiro, man, we worked so hard on our kickboxing and our timing. 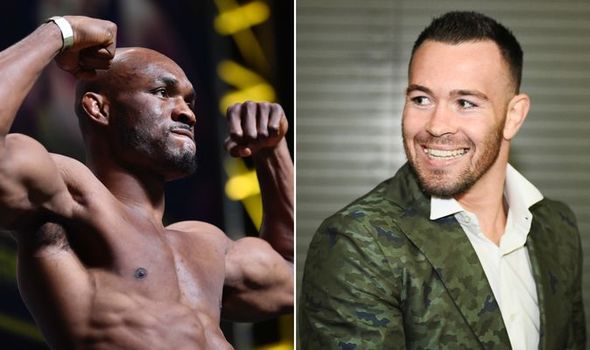 “My timing and reflexes and hand eye and everything together is just completely different than it was a year and a half ago, last time I fought Marty.

“So, my coach, Daniel Valverde, we’ve worked so hard on our takedowns, sweeps, trips, the Judo he showed me. Cause he’s a black belt in Judo and Jiu Jitsu.

“And with the new Jiu Jitsu, my finishing skills are on a whole other level. I’m a five-stripe black belt, I’m just unstoppable in the gym, I’m unstoppable in the ring. And with my new coaches, I don’t have all that drama of the old gym holding me back, people screaming at me.”

Covington was kicked out of his old gym, American Top Team, after disagreements with teammates and management. But he said he’s now in the perfect spot to launch into a title reign in the UFC by defeating the man he mockingly calls “Marty Fakenewsman.”

“I’m in the best gym I’ve ever been at in my life, I had the best coaching I ever got in my life, and I’ve been training since I was a little kid, five, six years old, chasing this championship gold,” he said.

“And there’s a reason they call me the cardio king, but it’s a whole new other level. My kickboxing, my whole game together. 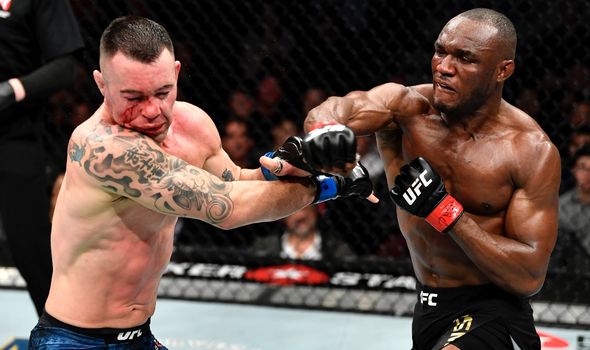 Confident of victory and seemingly unimpressed by what he saw from Usman at UFC 261, Covington went on to call for the rematch in August.

“There’s no reason that this fight shouldn’t be on the plate given right away,” he said.

“It’s not like Marty took any damage in the fight. He’s just fought this journeyman. He didn’t take no punches. He took him down, softened him up, got him gassed out and knocked him out when he was completely dead tired.

“So, he didn’t take any damage. There’s no reason that this fight should be dragged out or later in the year than it needs to be.

“Let’s get this going on the first pay-per-view in August, and let’s do it Vegas. Or let’s do it back in Florida.

“It makes sense to come back to Florida. We can do it in Miami, American Airlines Arena. Maybe Orlando? Maybe Tampa? Maybe Jacksonville again? There’s a lot of spots for it.

“But Ron DeSantis, our governor of Florida, doing a great job. And I want to come back and give him a show for all the things he’s doing for the UFC and Dana White.”