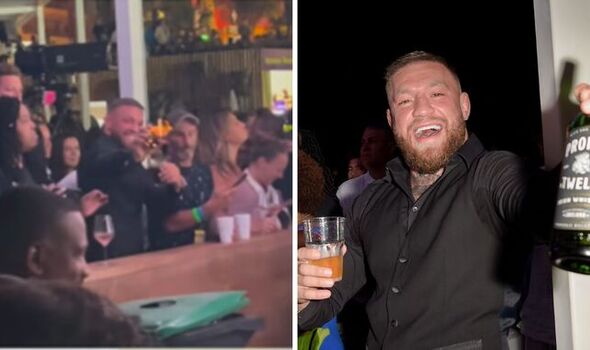 Conor McGregor has been left blushing after an embarrassing new video emerged showing the UFC star being rejected while attempting to take a selfie. McGregor is currently living it up on holiday in Cannes as he continues to recover from his leg injury.

Earlier this month, the Irishman and his fiancée Dee Devlin were spotted at the premiere of “Elvis” at the Cannes Film Festival as they brushed shoulders with celebrities and knocked back shots of McGregor’s Proper Twelve Irish whiskey.

However, the former multi-weight world champion’s latest stop at the Spotify Beach in Cannes to see Kendrick Lamar perform did not end so well. A video from @Influencersinthewild shows McGregor dancing by the stage before pulling out his phone to capture the moment with a picture.

Turning to one fan, McGregor switched around his camera to take a selfie but was unintentionally rejected by the man standing next to him, who was preparing his own. Luckily, the fan got his picture and relieved the awkwardness as ‘Notorious’ styled it out with a smile.

McGregor has been out of the Octagon since July of last year when he sustained a broken left fibula and tibia in his UFC 264 contest against Dustin Poirier. According to reports from renowned MMA journalist Ariel Helwani, McGregor’s comeback which was originally targeted for this year is now set to take place in February or March 2023. 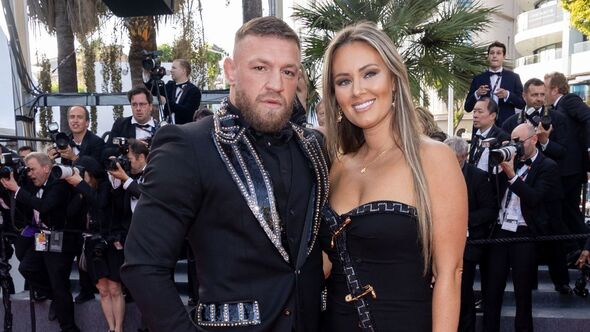 A post shared by Influencers in the Wild (@influencersinthewild)

In a recent interview with Severe MMA, McGregor mapped out a timeline for his return.

“Very good. It’s getting there, day by day,” McGregor said regarding his recovery. “Day by day, I feel better. They’re telling me to just take it easy, but I feel I can go. So, I just need to kind of pull the reins back on my own self, so that’s kind of what I’m doing. 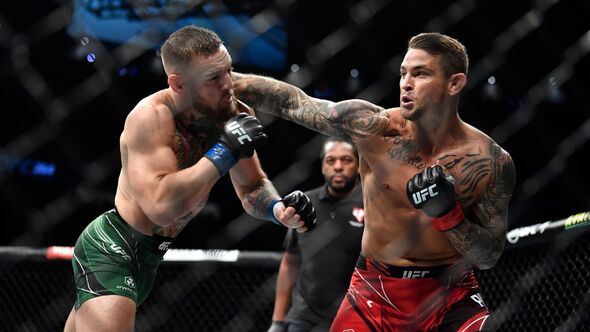 “April, they said I can spar again, and I can box again basically. So, I’m just going to take it day by day. Hopefully, now, once I get back sparring, I’ll know weight, I’ll know feel, I’ll know my own style. You know what I mean? I’m going to develop a different style, I’d imagine, so I’ve been shadowboxing a bit lately and I feel like I’m just getting the bearing of myself.

“But I feel good. I’m grounded on my feet, I can stop and start and take off. It’s just the little twists or a torque, I’ve just got to be careful on. But this will be a here today, gone tomorrow type of thing in my own head. The bone will recover, it’ll connect back to itself, and it’ll be like it never happened.”