Deontay Wilder is set to exercise his rematch clause for a summer fight with Tyson Fury, following his knockout defeat to the Gypsy King in Las Vegas at the weekend. Wilder lost his WBC world title to Fury after being stopped in the seventh round.

Wilder looked a shell of himself and was on bandy legs from the second round onwards.

Fury attacked Wilder from the off and barely gave him any space to breath as he picked up his second world title. 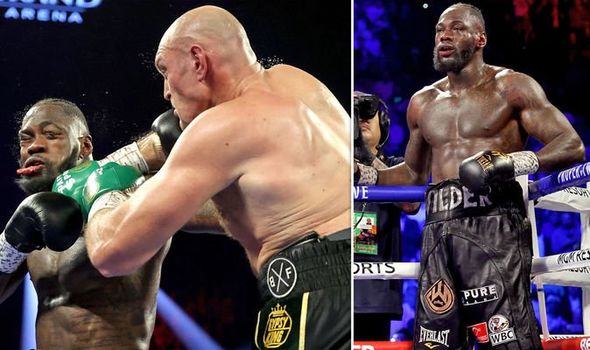 It was contracted that the loser of the bout would have the ability to exercise a rematch clause within 40 days.

And that’s exactly what Wilder has done.

“He didn’t hurt me at all, but the simple fact is, Kevin, that my uniform was way too heavy for me,” Wilder told Yahoo Sports.

“I didn’t have no legs from the beginning of the fight. In the third round, my legs were just shot all the way through.

“A lot of people were telling me, ‘It looked like something was wrong with you.’ Something was, but when you’re in the ring, you have to bluff a lot of things.”

After the fight, Wilder spoke of his loss and said that the “best man won”.

“I’m a warrior and that’s what I do,” said Wilder.

“No excuses. We come back stronger.

“Things like this happen and the best man won tonight. 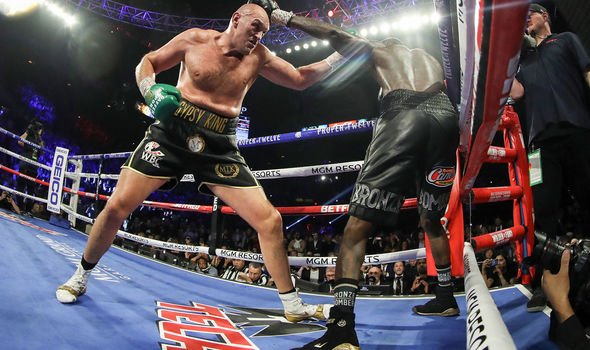 ”I prepared to head out on my guard. I had a great deal of problems taking place, entering into this battle.

Fury also picked up the Ring Magazine title with his win over Wilder, who will now likely fight the Brit again in the summer.

But it looks clear that Wilder will now take the rematch. The fight is expected to take place in June.