Derek Chisora left ex-Love Islanders Paige Thorne and Antigoni Buxton in hysterics after his comments about Tommy Fury. The Zimbabwe-born Brit teased both women as he claimed that ‘they love’ the fellow reality television star.

Del Boy was in attendance for KSI’s return to the ring on Saturday evening as he defeated two men on the same night. The British YouTube star kicked off his own card by knocking out rapper Swarmz before closing the show three hours later with another stoppage win against 2-6 professional boxer Luis Pineda.

After his victories, KSI – whose real name is JJ Olatunji – took to the mic and called out a number of well-known influencers including Slim, Andrew Tate, the winner of Austin McBroom vs AnEsonGib, and Tommy Fury.

Weighing in on the possibility of a clash between KSI and the latter, Chisora told Boxing Social: “I’d like to see that, one hundred per cent, let’s make that happen. What’s Tommy Fury done in the last two years? Nothing,” said Chisora as he turned to Love Island contestants Paige and Antigoni who were also attending the event. 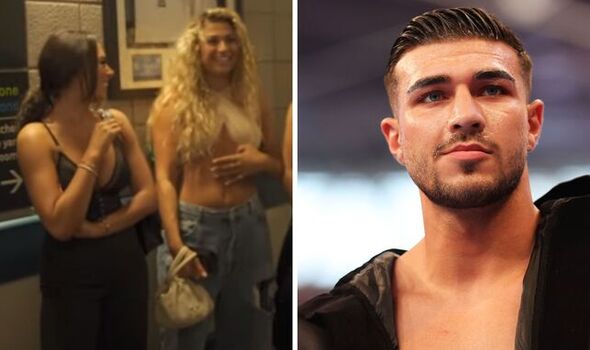 “Hey, they know Tommy Fury, these ladies here, one, two Love Island ladies, they’ve been on that Tommy Fury nonsense. I’m joking. They love Tommy Fury, not that one, she’s my wife no, no, no,” continued the Londoner as he pointed at his wife while the two girls giggled.

Giving his thoughts on how he thinks the fight will go, Chisora added: “KSI. Smoke him. You know, Tommy Fury will not fight KSI because he knows if he loses to KSI the traveller community will never ever respect him and KSI will knock him out.”

KSI batters Luis Pineda for second win in one night 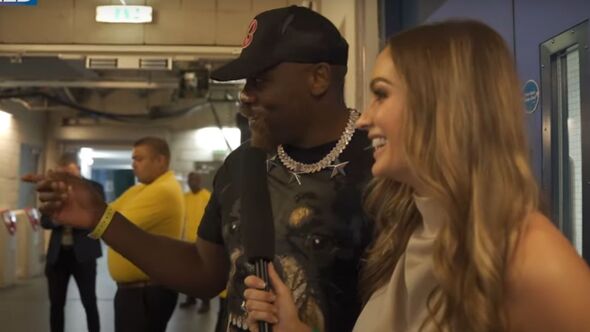 Fury has had two fights cancelled against KSI’s fierce rival Jake Paul in the last year. The first in December 2021 after TNT sustained a broken rib in camp and the second in August following Fury’s denied entry to the United States.

Olatunji had originally offered to host Paul vs Fury on his undercard for this weekend’s event but had the offer rejected by The Problem Child. With the fight seemingly dead in the water, KSI has expressed interest in fighting Tyson Fury’s brother himself.