‘That’s how I know he’s a p***y’: Dillian Whyte ruthlessly mocks Deontay Wilder by filming himself easily chest pressing 310lbs a day after the American vowed to run over Tyson Fury like a freight train after just about managing to lift the same weight

A fired up Wilder posted a video of himself just about managing to bench press one rep of the same weight and vowed to run over Tyson Fury like a freight train afterwards.

The American, who is preparing to face rival Fury in a heavyweight trilogy showdown on July 24, screamed at the camera after managing to lift the weight before sending a warning to the Gypsy King. 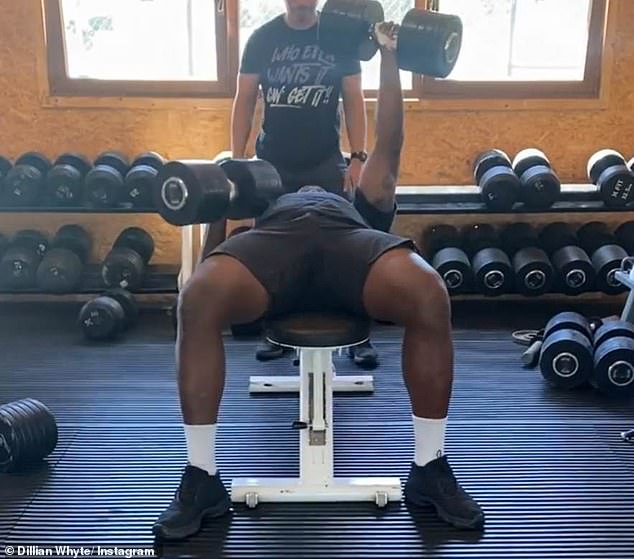 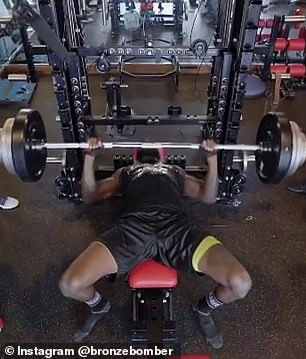 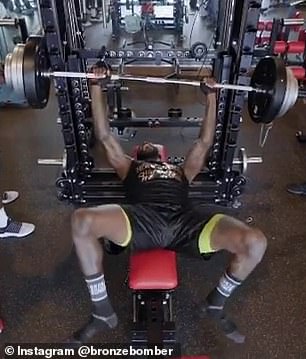 ‘I’m a train baby, you say you’re a semi truck, I’m going to run you over like a freight train. You better get your weight up,’ he screamed.

Whyte almost immediately taunted Wilder over his video, writing on his Instagram story: ‘Look at this clown with the baby bench press’.

The British heavyweight contender then put his money where his mouth is by posting a video of himself easily chest pressing the same weight with dumbbells. 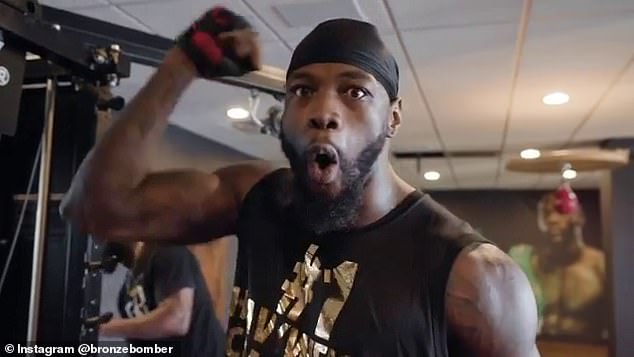 After lifting the huge weight, a fired up Wilder vowed to run over Tyson Fury like a freight train 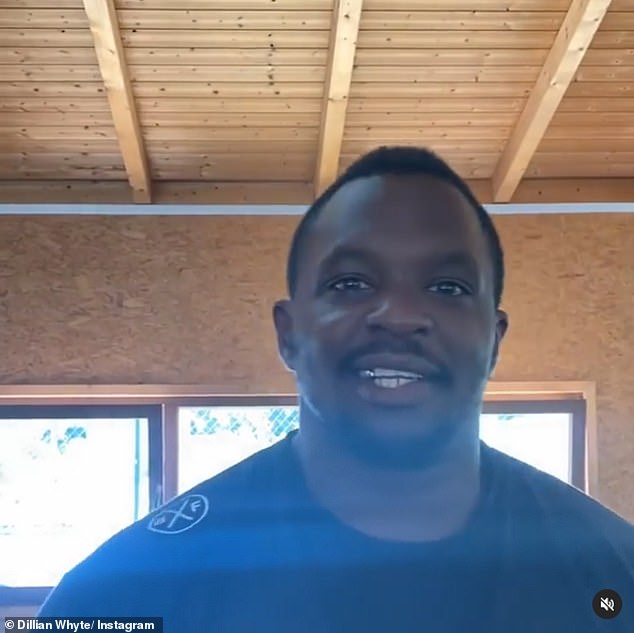 After doing three reps of 310lbs, Whyte chuckled and said: ‘These guys are out here screaming doing the little weights.

What is the difference between chest press and bench press?

The bench press and the chest press both target your pectoral muscles but the exercises are slightly different.

When you bench press, you lift a bar with weights on both sides while dumbbells are used to chess press.

Posting the video on his Instagram page, Whyte added: ‘Deontay Wilder screaming with the light weights. Coward. I rep your max.

Whyte, who is back in the world heavyweight title picture after regaining his position as the No 1-ranked fighter with the WBC following his knockout victory over Alexander Povetkin, has been chasing a fight with Wilder for years and has had a lot to say about the American.

After he made a number of excuses for his stoppage defeat to Fury last year, Whyte labelled him a ‘coward’ and a ‘disgrace’.

Whyte was repeatedly denied a title shot during Wilder’s reign as the WBC champion, but has recommenced his pursuit of the Bronze Bomber and admitted earlier this year he would travel across the pond to face him in his own backyard.

Speaking in April, the Brixton heavyweight said: ‘I’ll fight Wilder in Alabama, if that’s what is going to make him feel secure and safe enough to take the fight.

‘If he wants, he can have the home judges, his hometown, whatever. I don’t care. I’d even fight him in his own home, the kitchen, the garage, the garden, wherever. I just want to get hold of him and hurt him.

‘I’m going to go to fight, I’m going to give it my all, and be the best I can be. I always come to fight and leave it all in the ring.

‘I’m coming for war. I’m coming to put on a destructive display. Wherever the fight is, whatever is going on, I’m cool.’ 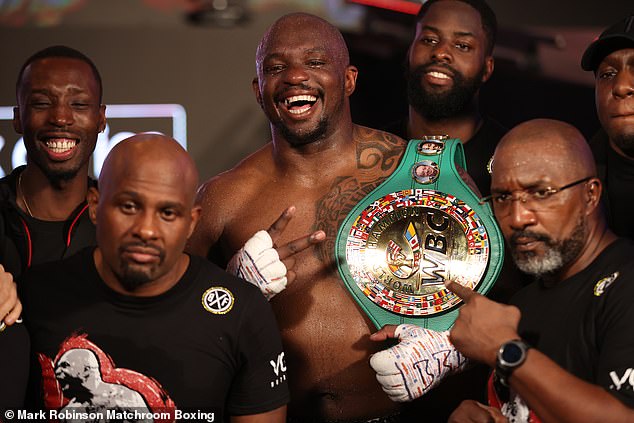 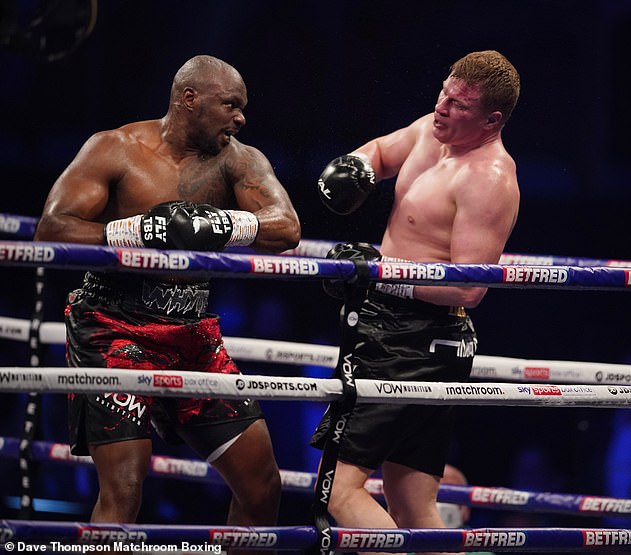 Twenty years on, a look back at Mike Tyson's Scottish ignominy