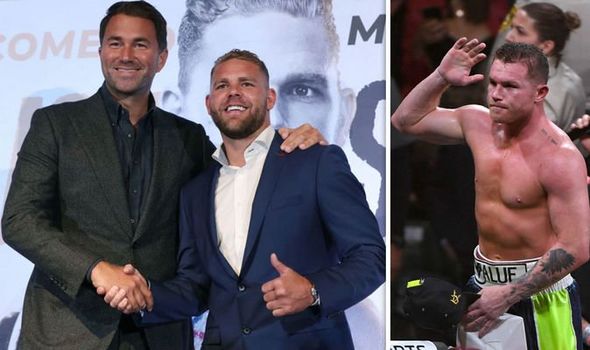 Canelo Alvarez will decide whether he fights Billy Joe Saunders or Callum Smith on Tuesday, according to the pair’s promoter Eddie Hearn. Both Saunders and Smith have turned down offers to face the unified middleweight champion on May 2.

The offers the pair received from Canelo’s Golden Boy promoters were said to be branded “unacceptable” by Matchroom chiefs, who believed they were being low balled.

And according to Hearn, Golden Boy will decide whom to offer an improved contract on Tuesday.

“I believe there’s meetings taking place on Tuesday to ultimately determine who is going to get the fight,” Hearn told Sky Sports News.

“Billy Joe is coming out and saying: ‘Hurry up, tell him he’s got until Wednesday’. I said, ‘Billy, it don’t work like that’. Ultimately this is the golden ticket, this fight. 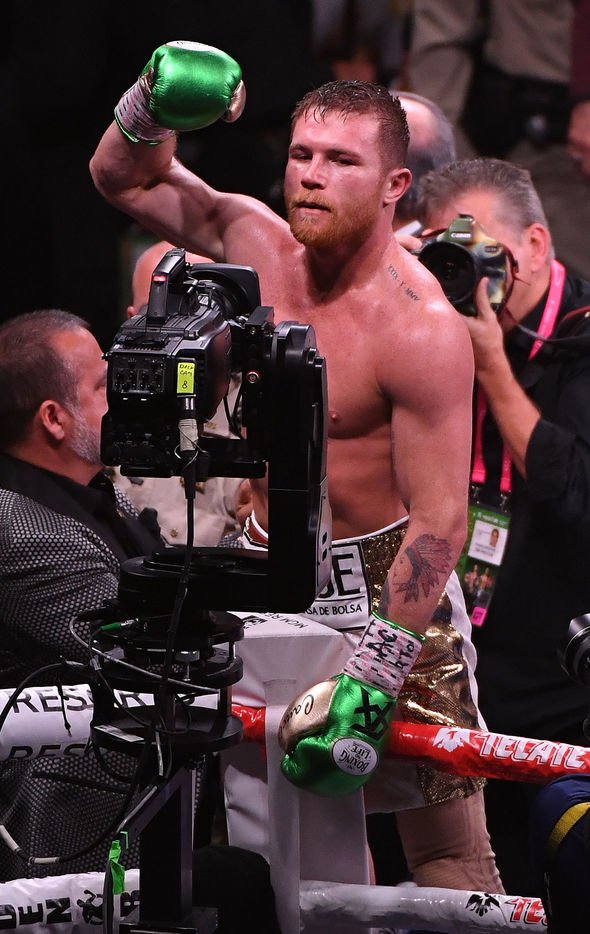 “You saw Oscar De La Hoya come out and say: ‘These guys turning down these fights.’

“You can’t offer a WBA and a ‘Ring Magazine’ champion half of what another world champion got to face him. We’re negotiating.

“I’m very confident that one of those guys will get the Canelo fight and it will be done this week.”

Saunders’ management team, MTK Global, are optimistic the southpaw will get the call to face the Mexican and recently suggested they are close to striking a deal.

“There are still some issues to be ironed out.

“Both fighters want it, both camps want it, everyone seems to be on the same side, we just have to hit the right number. 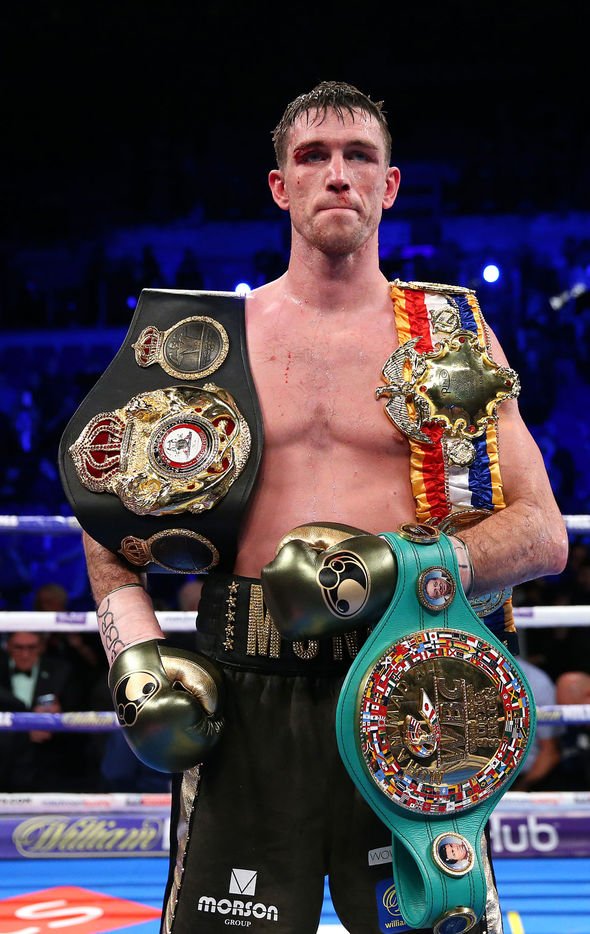 “They gave an initial deadline but the negotiations are at a point where there is no point backing out now.

Smith, meanwhile, was also in action last November, retaining his WBA (Super) and The Ring super-middleweight titles against John Ryder in his hometown of Liverpool.