Chris Eubank tears up as he discusses late son Sebastian

Chris Eubank Jr’s promoter Kalle Sauerland has confirmed that the fight with Conor Benn is still on despite Eubank Sr’s insistence that he will pull his son from the fight. The British boxing legend raised concerns about Eubank Jr’s health on Monday as he attempts to cut down to a career-lowest 157lb.

Eubank Jr has fought no lower than 160lb during the course of his career and is expected to meet a further rehydration limit on the day of the fight. Exactly what the limit will be is presently unclear but Eubank Sr -who lost his middle child Sebastian to a heart attack last year – is worried about the amount of weight his eldest will have to cut.

“If he doesn’t take the advice then I have to put my foot down. Have you ever heard of Russian Roulette?” Eubank Sr told the Daily Mail. “When you spin that barrel, that’s what he’s doing and that I can’t let him.

“I’ve given him my direction. If he doesn’t want to follow it, he will be dragged along. But he will do what is right for him. He is coming down 1oz below 160lbs which cannot happen on my watch. 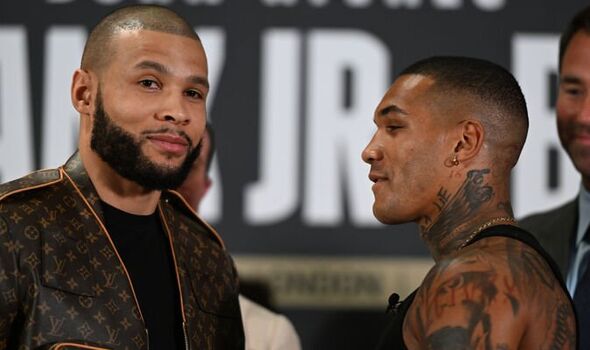 “I’ve already lost one. It can’t happen again. if you have a child and someone’s trying to actually take that child away from you, and do something wrong to that child, as a dad you wouldn’t let them. That’s all I’m doing.”

In response, Sauerland affirmed to talkSPORT that Eubank Jr vs Benn is still on and that Next Gen remains in deep preparations for the October 8 clash.

He said: “Very clear statement – the fight is absolutely on. That’s all really, I can say to it. 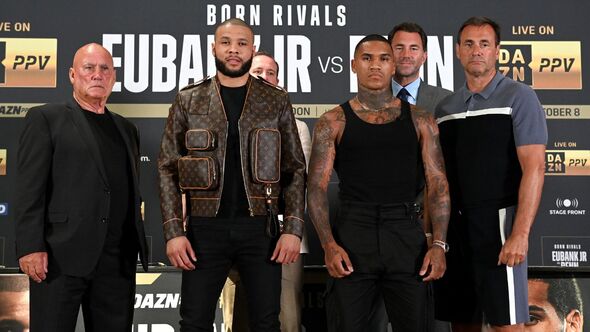 “I’ve seen it came from one comment to one journalist which of course spread like wildfire. We don’t have a contract with Chris Eubank Sr, we have a contract with Chris Eubank Jr. He was sparring yesterday, my only issue at the moment is to find sparring partners because he’s going through them like a hot knife through butter. The fight is very much on.”

In response to Eubank Sr threatening legal action, Sauerland continued: “The contract is between us – that’s Wasserman Boxing – and Eubank Jr. So, I don’t see what legal route there could be if that’s the case.

“I haven’t spoken to Sr. I have spoken to Jr – he reported yesterday that he had a very good sparring session, that was last night. For us, it’s just about pushing and pushing. We all know it’s a massive event.”