Tyson Fury’s promoter Frank Warren has poked fun at Deontay Wilder for the American’s comments ahead of the fight. Wilder claimed Fury had “pillow fists” but he was proved wrong as he struggled to deal with the Gypsy King’s power.

Fury surprised the world with his aggressive tactics as he came out on the front foot from the first bell.

The 31-year-old landed double the amount of punches than Wilder and a couple landed with extreme ferocity, knocking him down in the third and fifth round.

Wilder suffered damning cuts to his ear and mouth so his corner threw in the towel in the seventh round to relinquish his WBC heavyweight world title.

And Warren took the opportunity to poke fun at the former champion on Instagram.

“When you realise those fists aren’t pillows… #WilderFury2 @gypsyking101,” Warren captioned a photo of Wilder looking rocked on the ropes. 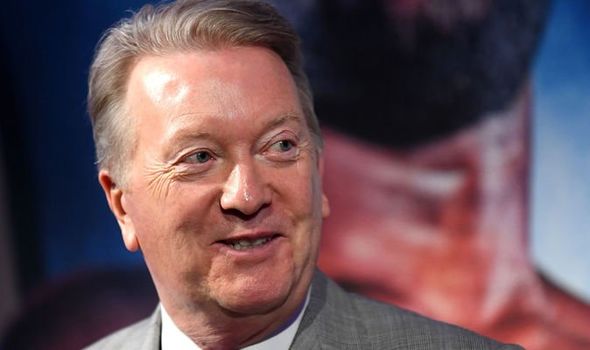 Fury also took a shot at Wilder’s comments in his post-fight press conference.

“Don’t forget, when I came here they said I can’t punch,” he said.

“Deontay Wilder said himself that I’ve got two pillow fists.

“But you know, not bad for an old fat guy who can’t punch, eh? Done alright, didn’t I?

“I’m an old feather duster who can’t break an egg.”

Fury’s ex-coach Ben Davison also knew the power he had but even he was surprised by the risky tactics.

“It was proven by the fact Tyson previously won so many fights and had been so successful, but for him to go back to that against Wilder was a risk.” 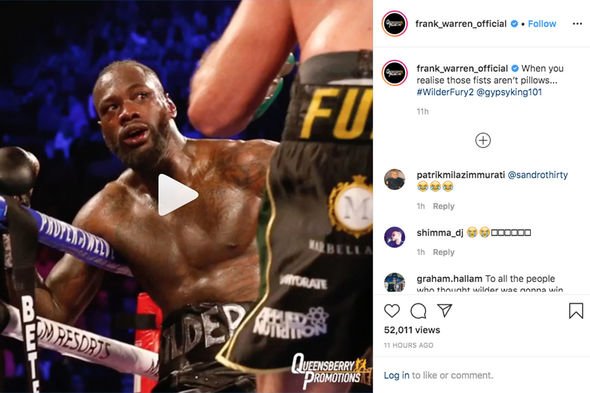 Meanwhile, Warren has revealed that Wilder’s camp would like to activate the trilogy clause in the contract so the pair will likely meet again later this year.

“Shelly Finkel [Wilder’s co-manager] rang me the morning after the fight to tell me they would probably invoke the immediate rematch,” Warren told Metro.

“So that’s where we’re at right now. I’m assuming that the trilogy fight is going ahead.”

Cejudo shows off incredible body transformation ahead of Cruz fight