Tyson Fury continued his celebrations on Sunday with a day drinking session at an Irish pub alongside brother Tommy and his Love Island girlfriend Molly-Mae Hague.

The Gypsy King produced a stunning seventh-round TKO win over Deontay Wilder at the MGM Grand on Saturday night, and just hours later the Fury camp frequented a pub opposite the arena to toast the incredible performance.

Fury sipped on a Budweiser in the Nine Fine Irishmen bar, while brother Tommy did the same alongside his girlfriend Molly-Mae. 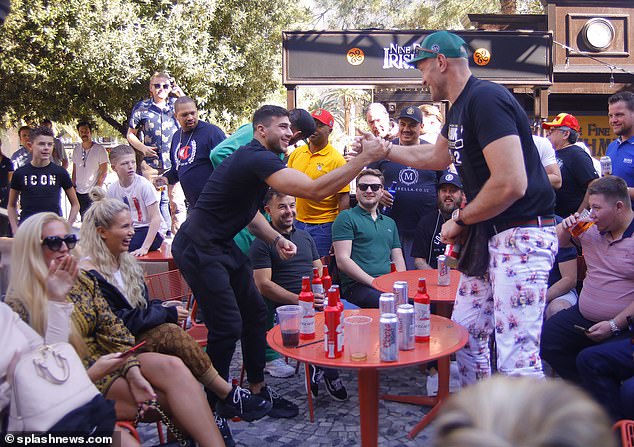 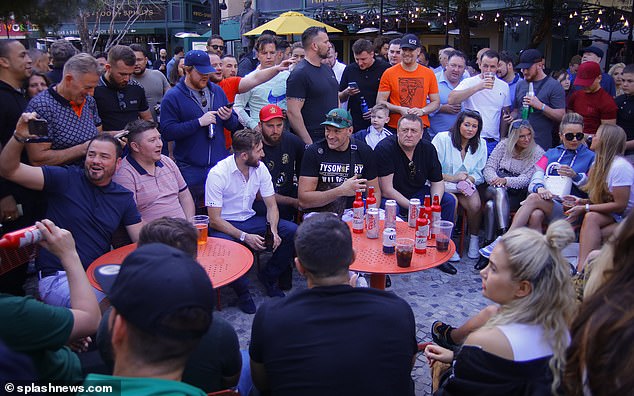 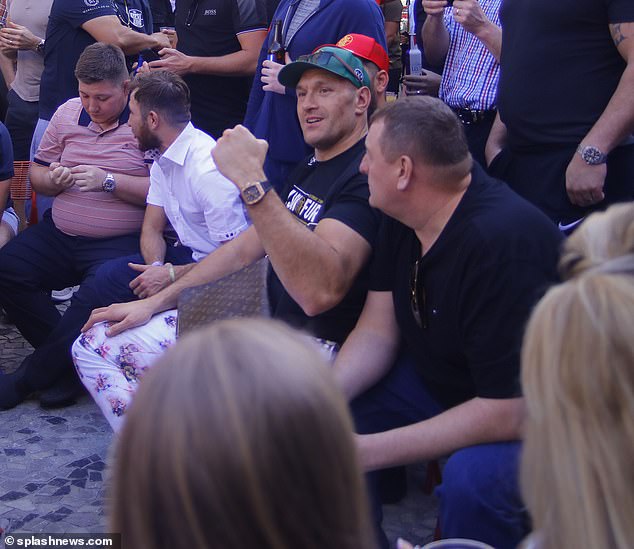 The group were all smiles as they celebrated the heavyweight’s knock-out showing the previous night, happily posing for pictures with the adoring public.

Tyson greeted Molly-Mae with a kiss on the cheek as the pair embraced, before the group spent two-and-a-half hours soaking in the Las Vegas sun.

Fury produced arguably the greatest victory for any English boxer abroad when he stopped Wilder with a devastating performance in Sin City.

He arrived into the ring carried on a golden throne, and is now atop the heavyweight division of the sport by completing a full set of the world heavyweight belts by adding Wilder’s WBC title. 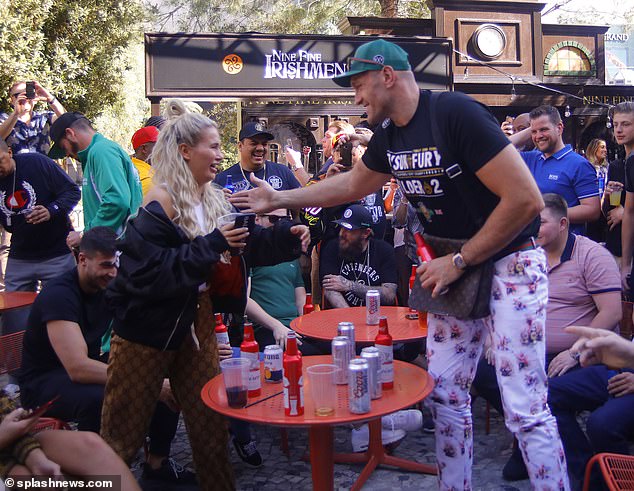 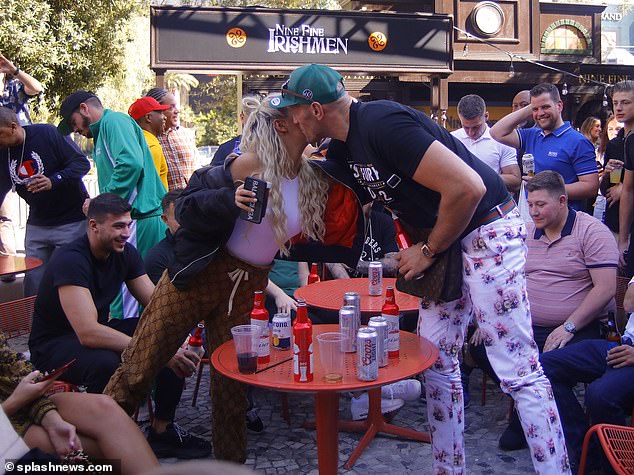 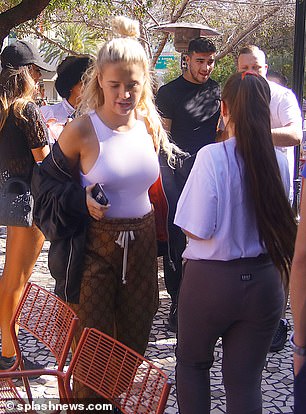 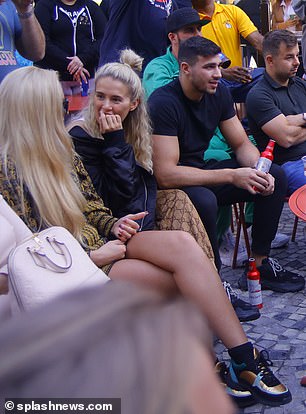 Fury twice floored the American, who had done the same to him in their epic draw just 14 months prior.

Speaking after the bout, the Gypsy King claimed that a trilogy with Wilder can happen with the Raiders Stadium in Vegas already being touted as a possible venue.

Fury revealed earlier this week that the loser of Saturday’s fight would be granted another rematch if they so pleased, which now leaves the ball in Wilder’s court.

Speaking to BT Sport in his dressing room after the win, Fury said: ‘People look at my fat belly and my bald head and they think I cannot fight.

‘I had my mental problems and issues and I was out of the ring three years. But he was fighting the real Gypsy King this time.

‘I expect he will want a rematch and I will have that. Great fights should have trilogies. And I want it here, just across the road, at the Raiders Stadium outdoors in front of 70,000’. 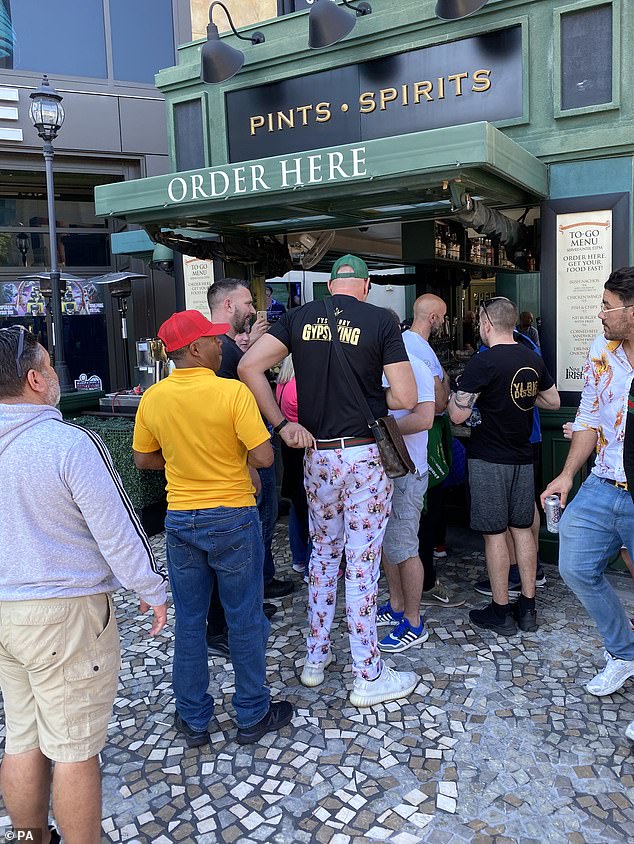