Gennady Golovkin, Ryan Garcia and Eddie Hearn lead the praise for Dmitry Bivol on social media after his dominant victory over Canelo Alvarez… while Terence Crawford insists his pound-for-pound rival’s defeat proves he is the No 1 fighter on the planet

Dmitry Bivol received glowing praise from a host of star names after his stunning victory over Canelo Alvarez on Saturday night.

Bivol handed Canelo his second career defeat at Las Vegas’ T-Mobile Arena, outclassing the Mexican over 12 rounds and earning a unanimous-decision win as a result.

The WBA light-heavyweight champion retained his crown to the surprise of many, with Canelo, widely considered the best fighter on the planet right now, heading into their contest as the favourite despite moving up in weight. 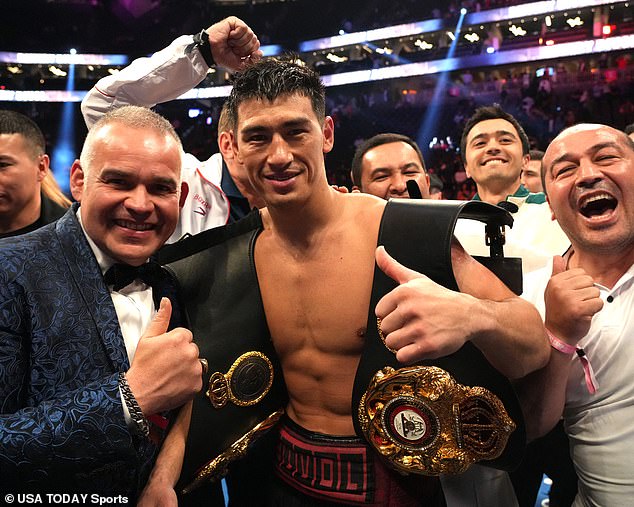 Instead, Bivol made the gulf in size count to improve his own record to 20-0 and bring the pound-for-pound superstar crashing down to earth.

And following Canelo’s defeat, Gennady Golovkin couldn’t help but take a subtle swipe at his arch-nemesis by heaping praise on Bivol.

Golovkin wrote on Twitter: ‘Congratulations on your win @bivol_d! That was solid. Keep it up!’

Lightweight star Ryan Garcia, who parted company with Canelo’s trainer Eddy Reynoso earlier this year, took aim at his former stablemate by accusing him of ‘hitting the arms’ throughout his Vegas defeat. 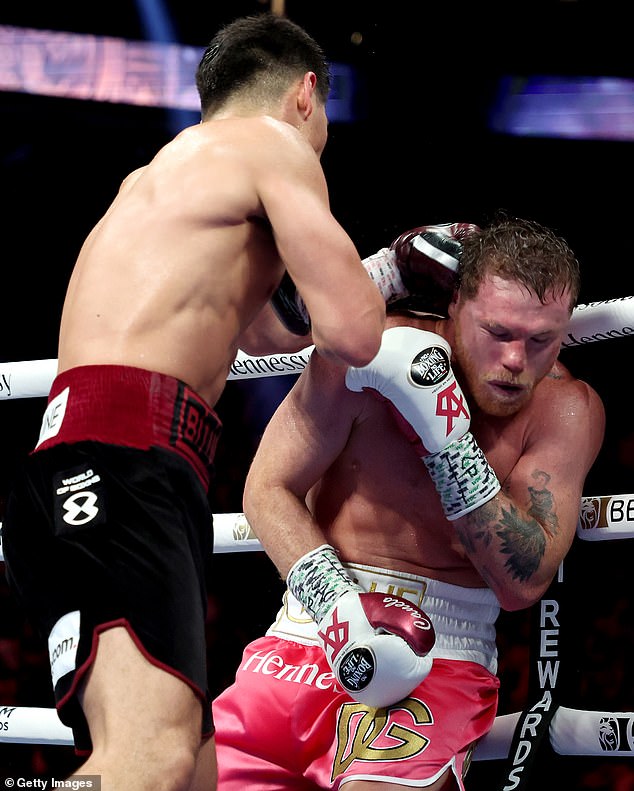 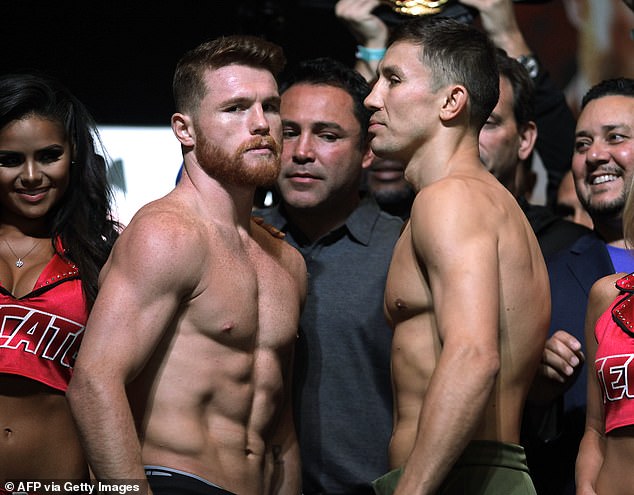 Garcia posted: ‘Canelo lost fairly easy, only way I see Bivol losing is if the judges decide to steal it from him. You can’t win just hitting the arms they aren’t scoring blows.’

He also commended Bivol on the victory, adding: ‘Congratulations Bivol you are a great dedicated and disciplined fighter. Great performance!!!!’

Canelo’s slip-up comes as a major disappointment for promoter Eddie Hearn, who has been working closely with the 31-year-old in recent years.

Yet even Hearn could not take anything away from Saturday’s victor, writing alongside a picture of Bivol: ‘Congratulations @bivol_d on an incredible performance! Respect always to @canelo for taking on the biggest challenges!’

Canelo sat on top of most mythical pound-for-pound thrones before his defeat at the hands of Bivol, with his recent undisputed super-middleweight success cementing his status as the best fighter in world boxing.

However, WBO welterweight champion Terence Crawford, his closest competitor at the pound-for-pound summit, now believes he should be considered No 1.