‘I’ve spoken to AJ and he wants to go into this fight next’: Eddie Hearn confirms Anthony Joshua will do ‘everything’ to make Tyson Fury fight happen after Brit beat Deontay Wilder in rematch to put him on course for unification bout

Eddie Hearn insists he is now determined to get Anthony Joshua into the ring with Tyson Fury, admitting it is the one fight his prized asset wants to take on next.

Joshua has been linked with a Fury clash for some time, though had always played down the prospect due to the Gypsy King’s time away from the ring.

Now, Fury is back and better than ever before, having blown away Deontay Wilder in Las Vegas to be re-crowned heavyweight champion of the world. 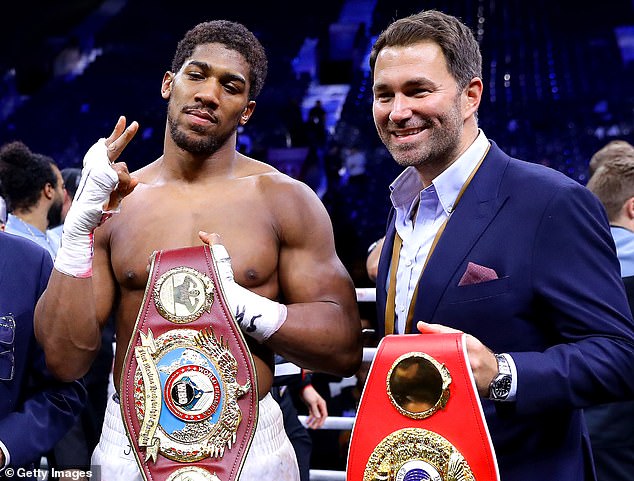 Joshua, the IBF, WBA and WBO belt holder, is due to face Kubrat Pulev in June but is ready to sidestep that to make the fight everyone wants and agree to an all-British showdown with Fury.

‘I’ve already spoken to AJ and he wants to go into this fight next,’ Hearn declared to TalkSport in the aftermath of Fury’s win. 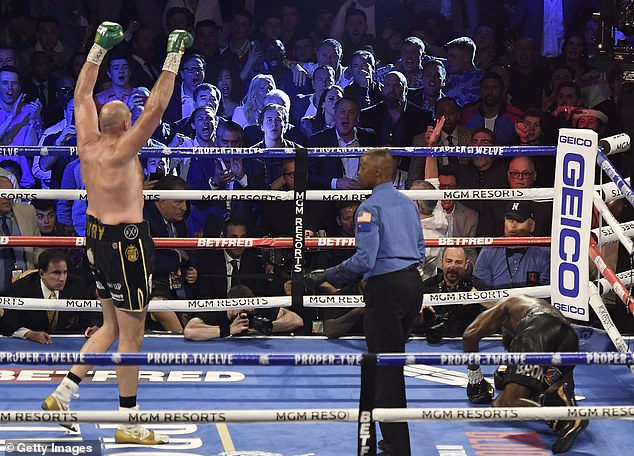 ‘We have to make this fight happen. We will never, ever get the chance for two Brits to fight for an undisputed heavyweight world championship.

‘I promise you we will do everything we can to make this fight. It has to happen.’

Wilder now has a 30-day window to take up a rematch option in the bi-lateral agreement with Fury, which would set up a blockbuster trilogy clash in the summer.

Hearn acknowledges that Wilder is highly likely to take up the rematch, given his current lack of high calibre options following the humilation.

‘I don’t think anyone wants to see a third fight because it was that conclusive but we will see if he exercises that clause,’ Hearn added. 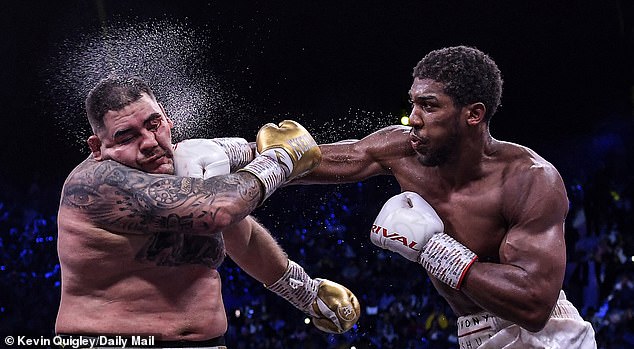 Joshua holds the the IBF, WBA and WBO belts after being Andy Ruiz Jr in a rematch clash

‘I probably expect Wilder to do that – I don’t see where else he has to go.

‘But our mandatory [IBF] challenger, Kubrat Pulev, is also promoted by Bob Arum, like Tyson Fury, so there is a very easy manoeuvre there if Wilder doesn’t accept the rematch to go straight into this undisputed fight in the summer. That is what we have to push for initially.’

Giving his own view on the situation, Fury’s promoter Arum added: ‘The question is directed to Deontay Wilder.

‘He can opt out of a third now and get himself together and do it again next year in which case Tyson Fury will keep himself busy with other opponents. If he wants to go ahead, that’s what the contract says and we will honour that.’

Kamaru Usman vs. Colby Covington 2 PPV price: How much does it cost to watch UFC 268 on ESPN?

WrestleMania 36 TV channel: What channel is the WWE showpiece event on in the UK?