Eddie Hearn went to school ‘in a limousine’ as his father Barry insisted the Matchroom boss was ‘spoiled’ as a child. The 74-year-old founded Matchroom Sport and has since helped son Eddie take over more responsibility, particularly in the boxing world.

Barry was speaking about his son on The Breakdown with Eurosport presenters Orla Chennaoui and Greg Rutherford. He revealed how he got Hearn into boxing, fighting him when he was just 16 years of age.

Hearn sent his father to the canvas on two occasions, proving to Barry that his son had the mettle to one day lead his father’s company. Speaking to Chennaoui and Rutherford on Eurosport podcast series The Breakdown about Hearn’s childhood, Barry said: “I tried actively to spoil him – you can’t help it – it’s your kids. It’s terrible. I look back on it and he was spoiled.

“I had a lot chips on my shoulder when I was younger about where I came from and the people out there. He was probably one of the people that I would have hated growing up because he was a public school kid – spoiled rotten, gets taken to school in a limo. 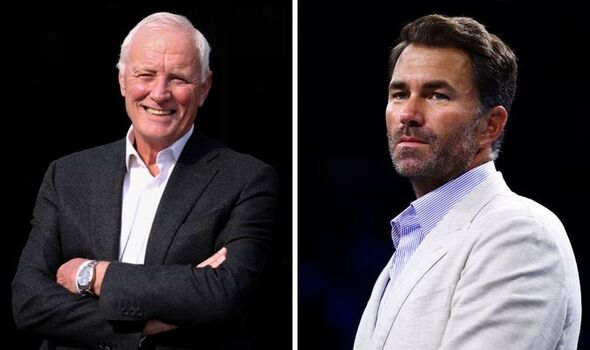 “Come on, life’s not too hard is it – objectionable. But the DNA was still in there. I’m sure you know that there was one stage where he was just getting pretty obnoxious.

“So I took him down the gym to have a proper fight because I wanted to find out what he was like and we had a proper fight. He was only 16. He’s a lump. I wasn’t particularly good, but I was 47 he dropped me twice in the second round.

“I was so proud because I hit him properly. He didn’t go over and he didn’t swallow it. So I knew that somewhere in that DNA, might be a pretentious kid and all that but somewhere in him was a really good person.

“That good person has taken time to come out but people will see not only is he a pro but he’s a good person which is much more important as a dad.” 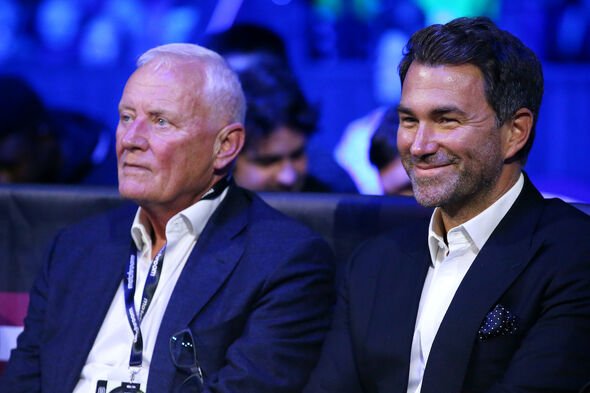 Hearn is currently eyeing up options to resurrect Anthony Joshua’s career. The promoter plans for the Brit to fight multiple bouts across the world following successive defeats to Oleksandr Usyk, losing his world titles.

Joshua has fought abroad just three times since he turned pro in 2013. Matchroom boss Hearn believes the world is Joshua’s oyster as he holds no world titles.

Speaking on iFL TV, Hearn said: “I want to build a world tour. I want to see AJ fight in London, in Beijing, in Australia, in the Middle East, in America.”