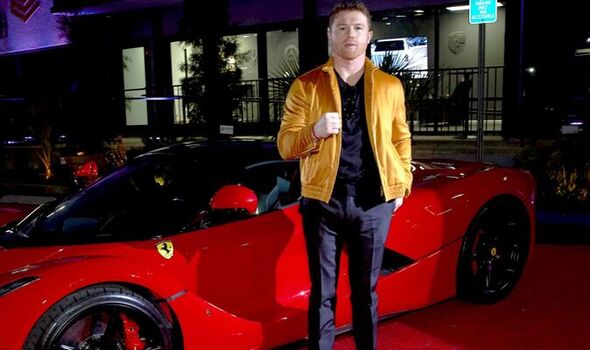 Undisputed super middleweight world champion Canelo Alvarez has a net worth of approximately £121million ($140m) – more than Anthony Joshua £69.2m and Tyson Fury £56.2m. His arch rivalry with Kazakhstani boxer Gennady Golovkin has also been a lucrative one for both fighters and they meet for a trilogy third fight in Las Vegas this weekend.

The pair drew their first meeting before Alvarez was awarded their second fight by a majority judge’s decision four years ago. Celebrity Net Worth said that the first fight between the rivals earned Alvarez £34.5m ($40m) with the re-match making £25.9m ($30m) for the Mexican.

The 32-year-old has kept fans on the edge of their seats with his counterpunching style and has held the super middleweight WBA, WBC and Ring Magazine titles since 2020. He has also won titles at welterweight, light middleweight and middleweight. Alvarez was beaten on his last appearance after moving up to fight WBA light heavyweight champion Dmitry Bivol in May, a fight worth at least £12.9m ($15m) to the Mexican.

In 2021, Forbes ranked Alvarez as the 48th highest-paid athlete. They estimated that he makes £1.7m ($2m) from endorsements in addition to his fight revenue. The Mexican has worked with Under Armour for the last nine years. 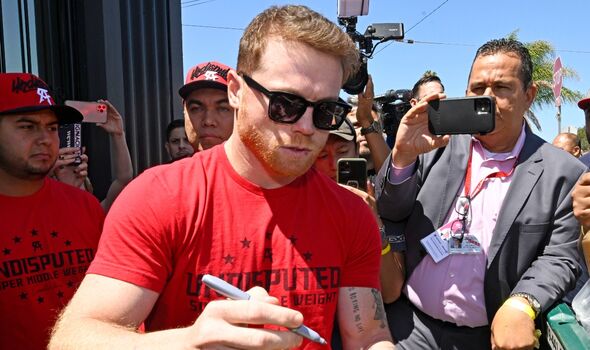 It could be the last time 40-year-old Golovkin takes on Alvarez with what he feels is unfinished business between the pair after being beaten by decision in 2018. The rivals drew their first fight in 2017. Alvarez says that it is ‘personal’ between the rivals and he wants to finish the career of his rival this weekend. He comes into the fight with a career record of 57 wins and two defeats.

He said: “Golovkin won’t talk bad about me now, because I’m here. But he says that I’m scared, I’m running away, when I’m fighting the best guys out there while he’s fighting class D fighters, so that’s a lot of it. I hope he thinks it’s personal like I do. He always pretends he’s a nice guy, he’s all about the people. 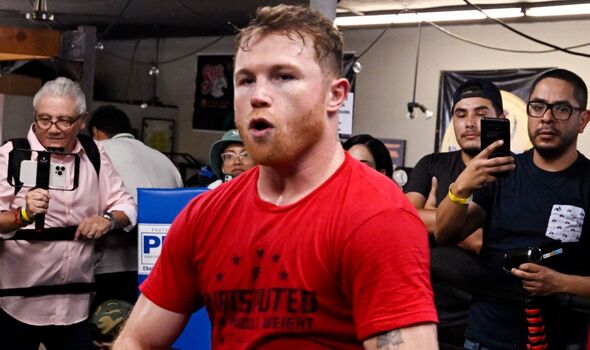 “No he is two different people. I think Golovkin will be surprised just how much I’ve improved; my resistance and my strength will definitely surprise him.

“I will be the last guy that Golovkin fights. I will retire him – for sure! I will knock him out, and when I’m standing over him, I will feel satisfaction.”

MARTIN SAMUEL: Public won't forgive Fury if he's found to be a cheat