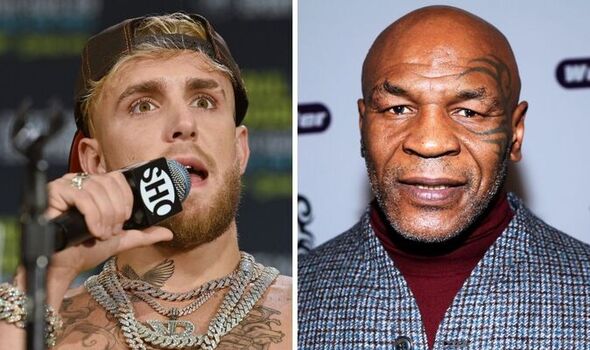 Jake Paul is ready to get it on with Mike Tyson after slamming Tommy Fury’s “embarrassing” points victory over Daniel Bocianski on the undercard of his brother Tyson’s win over Dillian Whyte at Wembley Stadium. The Love Island star showed vast improvements but still failed to get the knockout against his Polish opponent, who he bashed from pillar to post from the opening bell.

Ahead of the fight, Paul declared that Tommy would need to get a knockout in order to drive up interest in a bout between the pair.

The two were supposed to fight in Tampa, Florida last December before Fury pulled out with a broken rib and bacterial chest infection.

Now Paul is ready to climb through the ropes and fight 55-year-old former heavyweight king Tyson, in what he believes will be “one of the biggest pay per views of all time.”

When asked if he wants Tyson next, Paul told Boxing Social: “Ideally, for sure, that’s legendary.

“As Mike Tyson said on the Joe Rogan podcast, it would be one of the biggest pay-per-views of all time.

“Together when we were on the same card, we sold almost two million pay-per-views.

“Mike Tyson like you said on the podcast, if you’re watching this, let’s make the fight happen.

“I’m ready and I think I would win, Mike thinks he would win, so let’s do it.”

Paul also took the chance to pick holes in Fury’s performance on the big stage, even if there were plenty of empty seats at Wembley.

He added: “It wasn’t much of a performance, he fought a guy that couldn’t fight. The guy looked like an idiot in there.

“He couldn’t punch, couldn’t move, could barely walk around the ring.

“I don’t think the guy landed a punch to Tommy Fury’s face, pretty embarrassing for both of them.

“It just looked like two people who didn’t know how to dance, got put in front of Wembley Stadium. Tommy Fury is an easy fight for me.

“I was hoping he was going to get a knockout to build the hype but that didn’t hype.”

Cruiserweight contender Paul has won all five of his professional bouts with four coming by way of knockout.