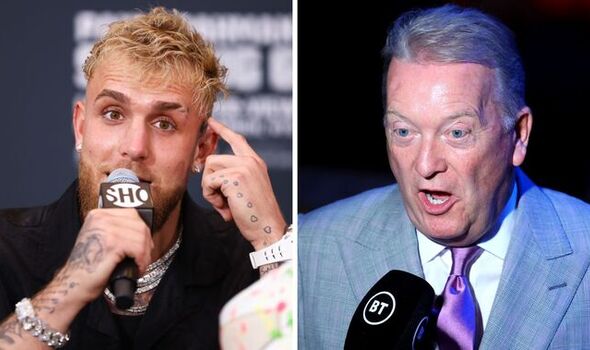 Frank Warren has given a cutting response to Jake Paul’s recent remarks that Tyson Fury is ‘ducking opponents’ and ‘killing’ the sport. Fury’s promoter branded the comments as ‘stupid’ and was baffled by Paul’s choice of words.

During a recent appearance on The MMA Hour, Paul revealed his thoughts on the current state of boxing and claimed that he has single-handedly saved the sport. He said: “Boxing was a dying sport before I came and saved the entire sport basically single-handedly. Along with some other heavyweights and some lightweights but mostly because of me boxing. F***ing Tyson Fury’s afraid to fight Anthony Joshua, Fury’s afraid to fight Oleksandr Usyk.”

Now, Warren has fired back at Paul’s recent comments, telling Express Sport: “It’s a stupid thing to say. Tyson Fury is the guy that went to Germany and fought Klitschko and beat the best heavyweight of his generation and went to the States and fought the best heavyweight they’ve got out there [Wilder] beat him two times and got cheated in one, again in the other guy’s backyard.

“The mandatory challenger he’s just had [Whyte] he knocked him out and he’s stopped Chisora. Where do you go with this, he’s beaten everyone that’s been put in front of him? Who’s there to duck? I don’t get that at all. 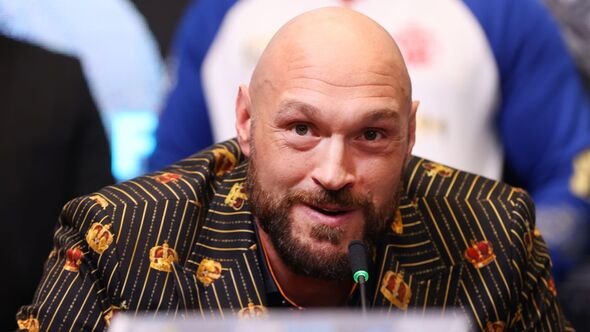 “I like Jake Paul. I think he’s used the position and the following he has got to great effect and has made a lot of money. Good luck to him, he’s a good promoter but he’s not fought any boxers yet, has he?

“This is going to be the first boxer he has fought. He’s not saved boxing that’s for sure. We’ve just held the biggest boxing event to ever take place in Europe [Fury vs Whyte] it’s not like it’s declining we are breaking records all the time.” 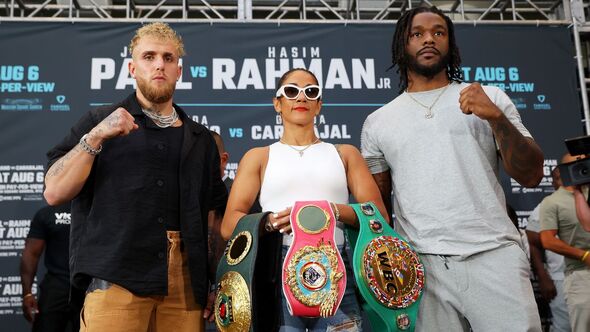 ‘The Problem Child’ is back in action on August 6 against Hasim Rahman Jr at Madison Square Garden, New York City. The pair will meet at the 200lb cruiserweight limit on the night with Rahman Jr – who usually operates at heavyweight – unable to weigh above 215lb during a second-day weigh-in on Saturday morning.

The YouTube star puts his undefeated 5-0 record on the line against his toughest test to date. Rahman Jr is 12-1 as a professional boxer and has a 7-inch reach advantage over Paul. The son of former world heavyweight champion, Hasim Rahman, also has around 100 amateur boxing bouts to his name.