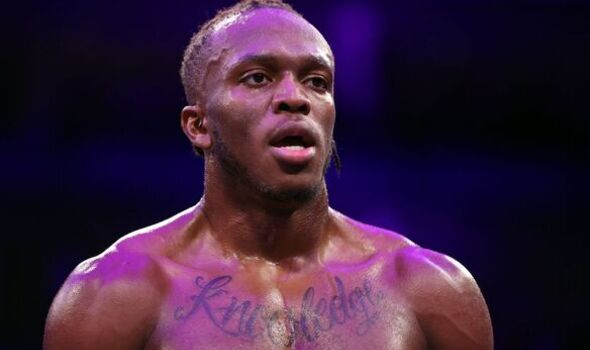 KSI has stated that he believes he would beat Floyd Mayweather if they were to fight after watching his younger brother face the legendary American boxer in Dubai last weekend. Deji was Mayweather’s latest exhibition opponent after a string of bouts against celebrities.

It was a comfortable night for the defensive boxing king, who gloated and showboated in between rounds and was seemingly having fun in the ring against Deji. KSI’s brother has had four professional fights, losing three of them – against Alex Wassabi and Vinnie Hacker as well as Mayweather – whilst also losing in an amateur bout to Jake Paul.

According to the statistics, Deji was able to land 25 jabs against Mayweather, three fewer than Logan Paul did in 2021, but the British YouTuber was able to give Mayweather a black eye, which was immediately evidant in the American’s post-fight interview. Many has accused Mayweather of not throwing punched and missing on purpose, with the 45-year-old smiling and choosing not to throw whilst Deji had been in precaurious positions throughout the fight.

KSI had been in the audience to witness his brother fight, but was not seen near rival Jake Paul who left the fight before the main event, claiming that Mayweather would not fight unless Paul left. When he returned home, KSI was asked on his reaction of the fight, and claimed that he would defeat Mayweather if given the chance.

In his YouTube video, KSI said: “Deji got beat up for six rounds. I think for me, I hated it, because I just don’t want to see my brother get beat up like that. It just p***** me off. I wanted to get in that ring and f*** Floyd up.

“It was infuriating losing to someone who I know he can beat. And I know a lot of you will say that there’s no way Deji can beat Floyd Mayweather, but I think I can beat Mayweather.

KSI also added that he felt Mayweather disrespected Deji. He said: “Floyd was just having too much fun with it. He was doind pad work in between the rounds, he was taking the p*** and it was borderline disrespectful. I just hated it. I am proud of Deji but I know he can do more and it was a huge life lesson for him.”

Tommy Fury also fought on the undercard, in an exhibition bout against Rolly Lambert after his professional fight with Paul Bamba was called off after he and Bamba were reportedly given different weights to come in at, with Bamba claiming that Fury had missed weight.