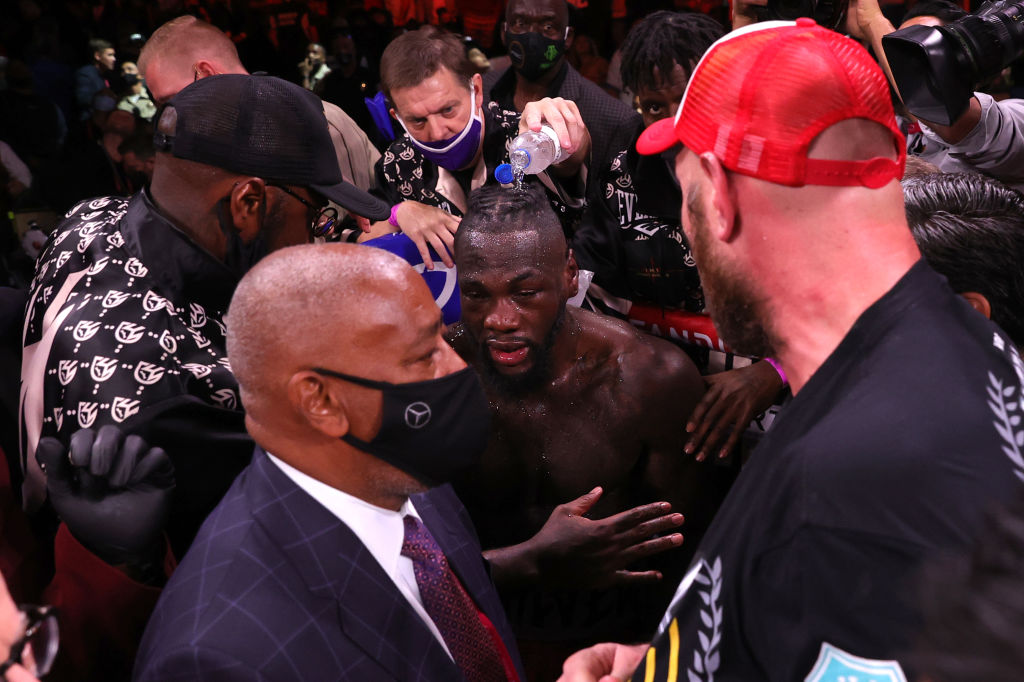 Fury and Wilder produced an all-time classic in their third and final meeting in Las Vegas. ‘The Bronze Bomber’ recovered from a third round knockdown to floor the champion twice in the fourth.

Fury took back control however and eventually knocked out the American in the 11th round to retain his WBC heavyweight title.

In his post-fight interview, an irate Fury revealed his rival had snubbed his offer of a handshake.

Fury said: ‘I went over and said well done and he said he didn’t want to show any sportsmanship or respect. Very surprised by that. He’s an idiot.

New footage shared now ESPN shows Fury going over to Wilder’s corner, shouting: ‘There is respect! You got beat fair and square tonight. I respect you because I’m a man.’

Wilder he heard telling him however: ‘No love, no love. I don’t respect you, bro.’

In an interview with The Sun, Finkel claimed Wilder’s ‘mind wasn’t there’ after the bruising contest, which has seen him given a six-month medical suspension.

‘Him and I have spoke about that and he does [respect Fury],’ Finkel told The Sun.

‘I think his mind wasn’t really there, I think if Deontay saw Fury now he would give him a big embrace.’