Nonito Donaire dramatically stopped Nordine Oubaali in the fourth round to become the oldest world bantamweight champion at the age of 38.

The Filipino fighter floored Oubaali on three occasions to become the new WBC champion, 14 years after he won his first world title.

“The king has returned,” said Donaire. “I just love the crowds. All my friends, family, all the boxing fans that came out thank you so much. You guys are wonderful. 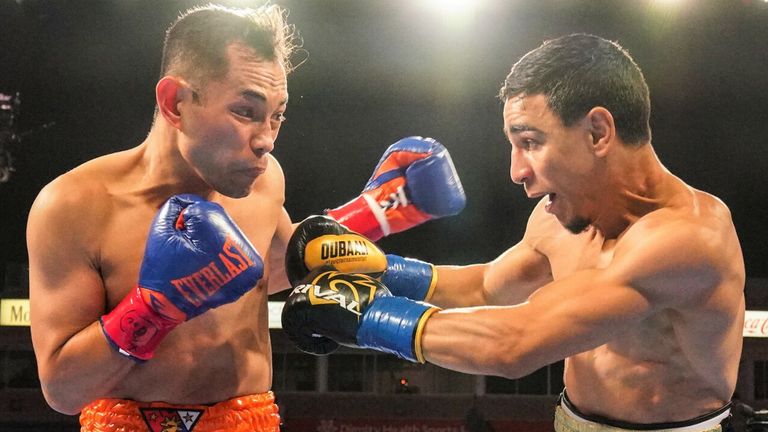 “Being at this age is not the question, it’s about my performance. About my ability to grow.

“I believe it matters not what your age is, but how mentally strong you are.”

Donaire had firstly dropped his French opponent with a counter left hook in the third round.

Oubaali rose on unsteady legs and was sent back to the canvas by another left hook from Donaire.

A big uppercut from Donaire ended the fight in the following round as Oubaali crumpled to the canvas and referee Jack Reiss waved it off.