‘Prince’ Charles Martin says Dillian Whyte is ‘hiding behind Eddie Hearn’ as he challenged the British heavyweight to settle their heated feud with a fight in America.

The former IBF world champion has declared his interest in a summer showdown with Whyte, who is considering opponents for a fight in the States.

Whyte issued a scathing reply to Martin’s challenge last week, which has sparked a stinging response from the American.

"I think even the real Prince Charles would knock him out!"

Martin told Sky Sports: “Boy, you talking all that slick mess. You ain’t the prize, Fury is the prize. Joshua is the prize.

“You going to come over here, all the way to America to fight a bum, and not me.

“Why don’t you let me welcome you here by knocking you out. You know what I’m saying.

“I’m rated all across the board brother, so who else you going to fight?

“If you really want to convince people that I’m easy, then why don’t you come over here and take this easy money from me then? Because you know you can’t do that.

Martin told Sky Sports he wants to rectify his world title defeat to Anthony Joshua, a fight he called ‘the biggest mistake of my life.’ 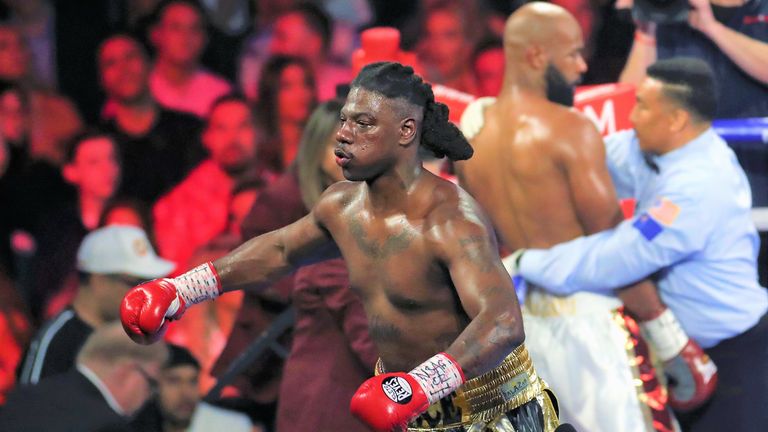 “Jermaine Franklin is in the running,” Whyte told Sky Sports. “There are a few other guys in the running as well, so we’re just waiting to see what is going on.

“The plan is to have the biggest and the best fights I can wherever they are. I’ve been chasing the big fights for a long time.

“I’ve been trying to fight all of these guys but none of them wants to fight, so I have to take the next available dangerous contenders down the list. If it’s America, then let’s go!”

Conor McGregor claims he would "demolish" previous versions of himself

Anthony Mundine brings down the curtain on his hyped fight career