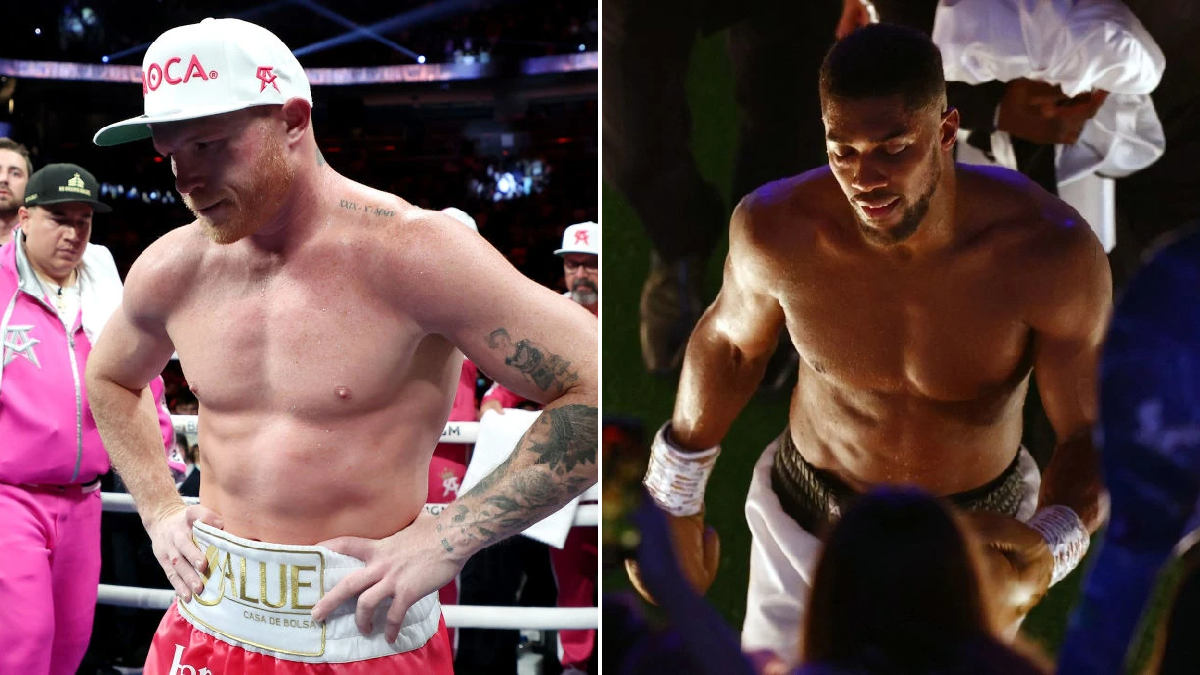 In his latest column, the British boxing legend reacts to Canelo Alvarez’s stunning defeat to Dmitry Bivol and Kell Brook’s retirement. He also looks ahead to a huge night for Fightzone as Hannah Rankin puts her world titles on the line.

Canelo made to look normal against superb Bivol

We all witnessed a major shock last week with Dmitry Bivol putting in an excellent performance to beat Saul ‘Canelo’ Alvarez in Las Vegas. Russian fighters are so technically sound, very good defensively from amateur level to the professional ranks, from Kostya Tszyu to Bivol. They have always been superb at judging the distance, they make very few mistakes and are very methodical.

Canelo is such a brilliantly versatile fighter but he just couldn’t find the target. Bivol did it with ease and made him work all night.

Bivol’s left jab was great throughout the fight, Canelo has so many strings to his bow but he was not able to figure his opponent out. Rather than giving Canelo an ear bashing over his performance, you have to give all the credit to Bivol.

Canelo made the move up to light-heavyweight a couple of years ago and we saw him handle that the first time around against Sergey Kovalev. But the way Bivol judged the distance and judged the pace of the fight, I have never seen someone deal with him [Canelo] so well since Floyd Mayweather.

Let’s have it right, going down the home straight of a fight is where Canelo puts his foot down and that was the difference in the wins against Billy Joe Saunders and Caleb Plant last year. But this time around, he was lost. He didn’t have a plan and he had completely lost his zip, those stinging punches he usually throws.

Of course, the weight of the shots coming back at him will have had something to do with it, fighting against the naturally bigger man. We need to give Canelo a break here. He dared to dream, dared to be great. But we have to give credit to Bivol, his gameplan was perfect.

Canelo has the charisma, the flair, the defence, everything needed to win a fight. But he just wasn’t able to do anything special. And for the first time since the Mayweather fight almost a decade ago, he was made look normal.

The decision on the night was not in doubt but Canelo wasn’t overpowered in there either, he didn’t take any heavy shots so I think he will be desperate to put that right in a rematch.

He has cleaned up below at super-middleweight, there are no more challenges left for him there – once you reach the top of the mountain like he has done, there isn’t much point going back especially when there is no one really there to touch him. If Canelo is the fighter I believe him to be, he will want to do it again.

It reminds me of the situation with Oleksandr Usyk and Anthony Joshua. In their first fight, AJ clearly lost but he didn’t take a drilling, he wasn’t put down by heavy shots. People believe that if AJ can apply new tactics in the rematch he will have a lot more success and Canelo might be thinking he can maybe do the same.

He didn’t get a good hiding in there and that will encourage him. I’m sure he is thinking there are things he can do differently and he will certainly want another charge at that light-heavyweight title. You never want to go back over old ground. He will think in the back of his mind he will get the beating of him.

We all want to end our career with a win and so often it never happens. But Kell has managed that, he’s achieved all his goals and bows out with the win he has always wanted.

He won the welterweight title over in the US and held onto the belt for three years while also fighting some of the pound-for-pound best in his division – not to mention bravely stepping up to try and stop Gennady Golovkin at middleweight.

For Kell, he probably felt he could never walk away without scratching that itch and getting the Amir Khan fight. But he settled that score emphatically earlier this year and that was the last box for him to tick. There is no better time for him to retire.

There were talks over the Chris Eubank Jr fight and that would have certainly been a massive British fight for the summer. But in the grand scheme of things, does Kell need it to seal his legacy? No, he doesn’t, he’s already done exactly that. Now he can walk away and really enjoy his retirement knowing he has achieved everything he set out to achieve.

Rankin’s moment is here on Fightzone

It is another huge weekend for women’s boxing with Hannah Rankin finally getting her homecoming fight on Fightzone. We saw her pick up the WBC and IBO super-welterweight belts last November with a brilliant win over Maria Lindberg and now she will be determined to put on a show back in Scotland on Friday.

Things are absolutely booming for women’s boxing at the moment. We have seen the rise of people like Shannon Courtenay and Ebanie Bridges, Savannah Marshall is heading towards her own huge unification bout against Claressa Shields while Chantelle Cameron is cleaning up at super-lightweight. And of course, just last week we had Katie Taylor vs Amanda Serrano which for my money, was one of the greatest fights in history.

Now, it is Hannah’s turn and her moment is coming at the time where all eyes are on women’s boxing. Lifetime goals have already been achieved and I’m sure she will want to kick on and achieve bigger and better things.

If she gets through this test against Alejandra Ayala, there is is also the possibility of another huge unification fight down the road against WBO champion Natasha Jonas. I’m sure that is one both Hannah and Natasha will be looking at for the summer.

Dennis Hobson and Fightzone are delivering a huge world title fight for women’s boxing and I am hoping Hannah can shine on this huge stage.

Get all the Fightzone action – visit www.fightzone.uk to subscribe

Ricky Hatton vs Marco Antonio Barrera will take place at the AO Arena in Manchester on Saturday 2 July.

For tickets head to HattonBarrera.com