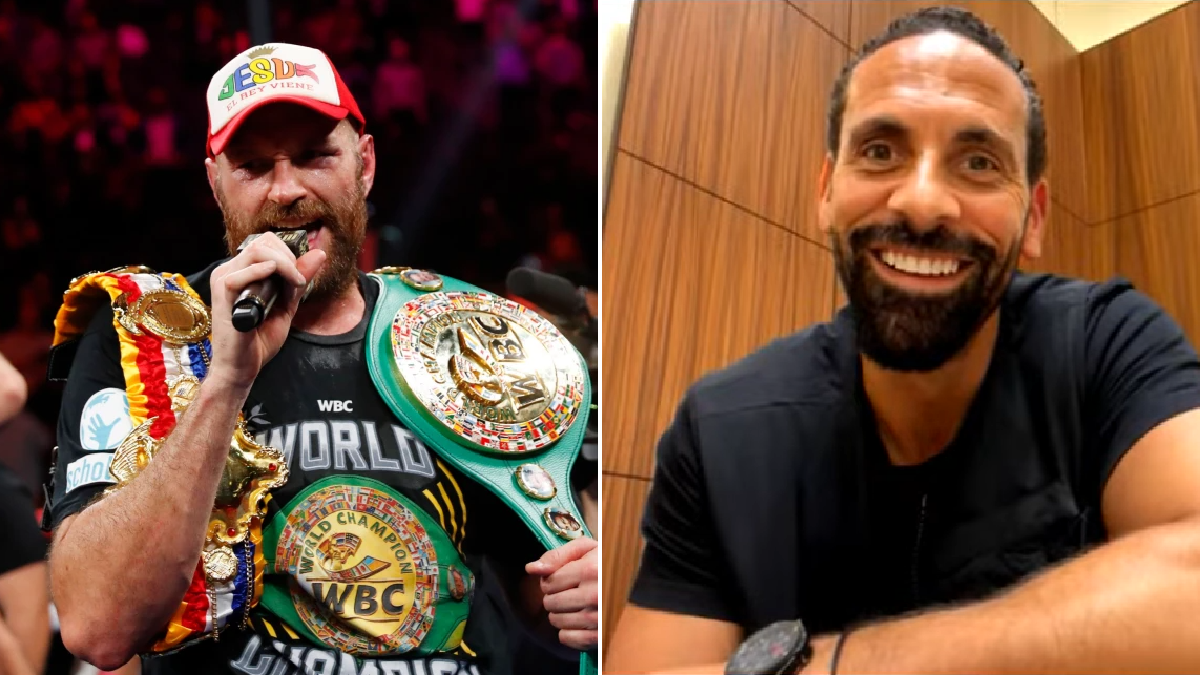 Fury defended his WBC title and ended his rivalry with Wilder with a stunning 11th-round stoppage in their trilogy fight at the T-Mobile Arena in Las Vegas on Saturday night.

The unbeaten Brit remained coy over his future fight plans after the win but Dillian Whyte has emerged as the favourite to face the Gypsy King next, providing he beats Otto Wallin at the end of the month and retains his status as WBC ‘interim’ champion.

But Ferdinand wants Fury to fight Joshua, who lost his world titles in a shock defeat to Oleksandr Usyk last month, at Manchester United’s Old Trafford.

Prior to his bout with Wilder, Fury admitted he wants to defend his world heavyweight title at the Theatre of Dreams.

‘Tyson Fury by the way, wow! What a fight,’ Ferdinand said on the FIVE YouTube channel.

‘Forget if you think [Wilder’s] a good or a bad fighter, whatever, there’s no way you can say Fury’s not a great fighter.

‘That fight for me goes down as one of the best ever. It was unreal. He gets knocked down, gets up, knocks him out.

‘Fury is one of the greatest athletes of our generation. He’s an inspirational guy.

Fury tried to talk to Wilder in his corner and shake his hand moments after the fight, but the American snubbed his offer and was later called an ‘idiot’ and a ‘sore loser’ by the British champion.

Former Man United and England star Ferdinand added: ‘Forget Wilder, man! Forget him. He can’t take it. He goes to his corner and [refuses] to talk. Lose with some dignity, man.’

While Fury has been linked with fights with Whyte, Joshua and Usyk after defending his WBC crown in Las Vegas, two former British boxers believe he could now decide to retire.

Ex-cruiserweight world champion Johnny Nelson told the Daily Mail: ‘I wouldn’t be surprised if Tyson Fury walks away from boxing.

‘He will be questioning just how real is the challenge that’s left? He is bigger than the belts. In fact, after his performance in Las Vegas, the belts need Tyson Fury more than he needs them.’

‘There is nothing left for him to do. I wouldn’t be surprised if he retired.

‘Depending upon how much he loves the sport, and how much he wants to go in there and do it all again, I wouldn’t be surprised if Fury says: “I have done my bit and now I am finished”.’