Rose Namajunas has become the UFC strawweight champion once again after stunning Zhang Weili with an explosive head kick in the first round.

The crunching contact brought audible gasps around the arena at UFC 261 in Jacksonville and Weili was helpless to prevent a flurry of blows crashing into her after she dropped to the floor.

With Namajunas devastating her opponent, the referee called the fight off. 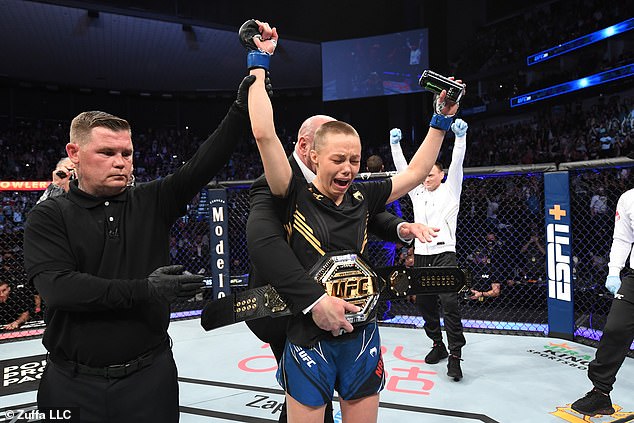 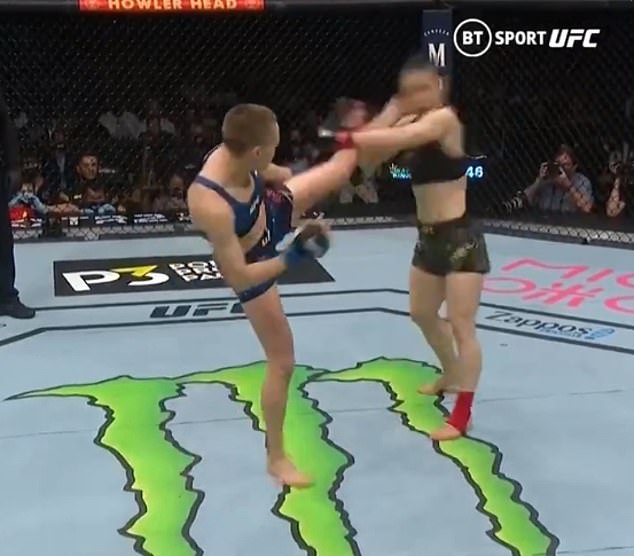 Weili argued that the bout was called off too early, but the champion, who suffered her second career loss, was unable to mount any form of defence whilst grounded.

Having reclaimed the 115lb strap after just one minute and 18 seconds, Namajunas was visibly emotional. 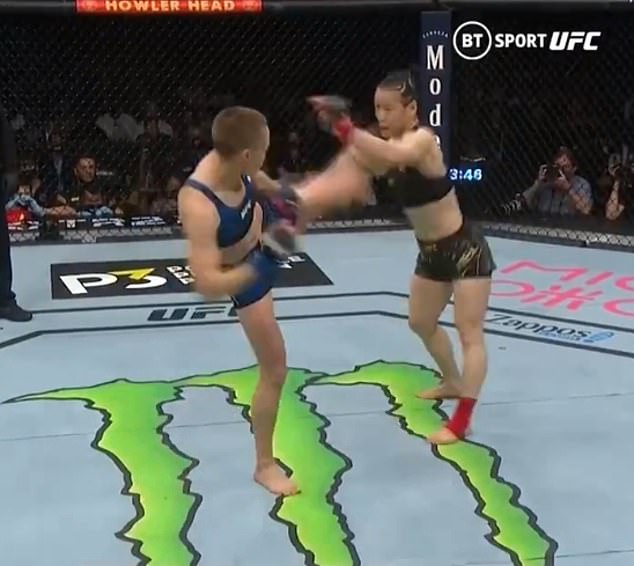 ‘I wasn’t sure she was going to come back from that. A couple of those hammer fists and that was out.’

Joe Rogan revealed afterwards that Namajunas was heard reciting the words ‘I’m the best’ to herself before the fight got underway.

And with Weili unable to impose herself, Namajunas lived up to her own lofty billing.

A couple of early exchanges saw both fighters look to set themselves early on, but Namajunas then took a step back and pounced on the chance to strike. 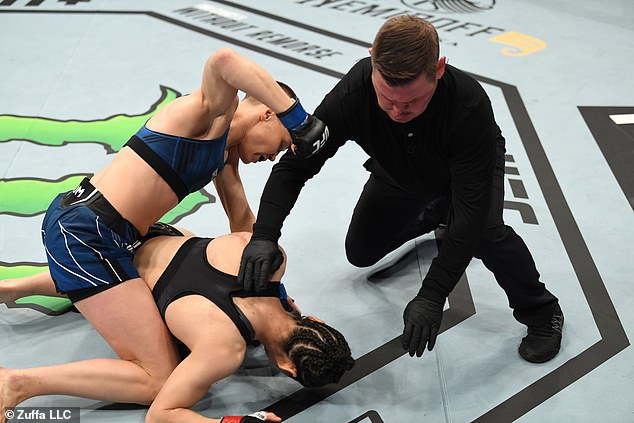 After several more blows, Namajunas was named the champion with the referee stepping in

The explosive head kick dropped between Weili’s guard and made contact square in the face – confirming the end of her 21-fight win streak, which went back to 2014.

Namajunas’ second triumph in the division came about in eerily similar fashion to her first in 2017.

Then, the American, who fights out of Denver, was the underdog against Joanna Jedrzejczyk but shook up the sport with another first-round knockout. 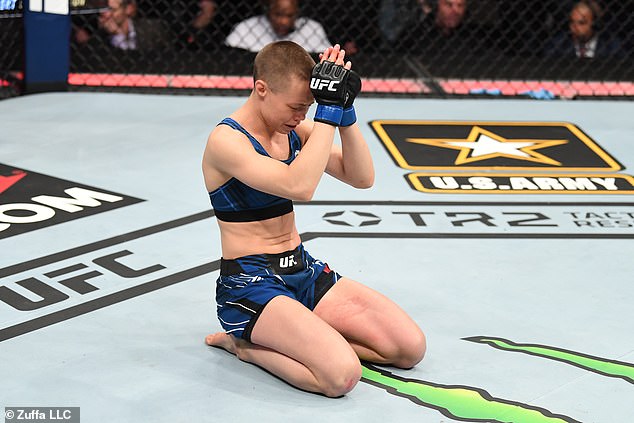 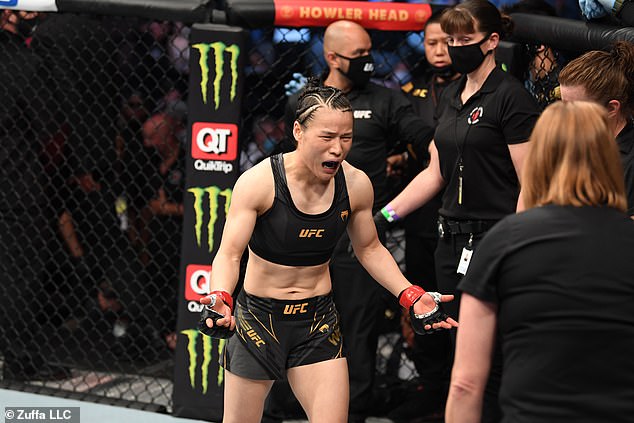 The nature of her win over Weili made her just the eighth fighter in UFC history to finish an opponent in a title fight with a head kick.

Renan Barao, TJ Dillashaw, Holly Holm and Valentina Shevchenko have also sealed their spots in the history books in the same manner.

Boxing to get behind closed doors approval in purpose built facilities

$600 MILLION: Mayweather names his price to fight McGregor AND Khabib