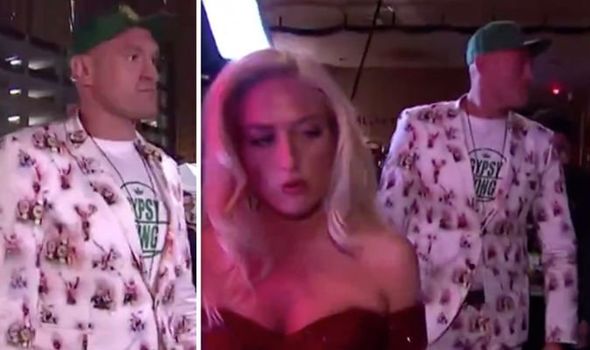 Tyson Fury arrived at the MGM Grand Garden Arena in Las Vegas with his wife Paris ahead of his showdown with Deontay Wilder. Fury was wearing a typically loud suit – which featured pictures of himself – and strolled in with the help of an umbrella as he gears up for his fight with Wilder.

Fury drew the initial fight in December 2018 after a controversial points decision despite dictating most of the fight.

But he wants to set to record straight tonight and looked calm and collected as he walked into the arena laughing and walking in alongside his wife Paris.

His brother Tommy, from Love Island, held up the umbrella to shield him from the rain after they stepped out of a four wheel drive Rolls Royce.

Fury is looking for his 30th pro win tonight against the Bronze Bomber, who has a stunning 42 wins.

Wilder is defending the WBC heavyweight title in Vegas after two succesful defences since the last Fury fight – against Dominic Breazeale and Luis Ortiz.

And Fury knows he needs a knockout to convince to the judges he is the better man tonight.

He has weighed in heavier than expected and Joseph Parker is surprised by the decision to come in so heavy.

“I think with Fury, he’s a lot heavier than he was from the first fight, right?” he said.

“I’m not quite sure why? I thought he would want to be quite a bit lighter. 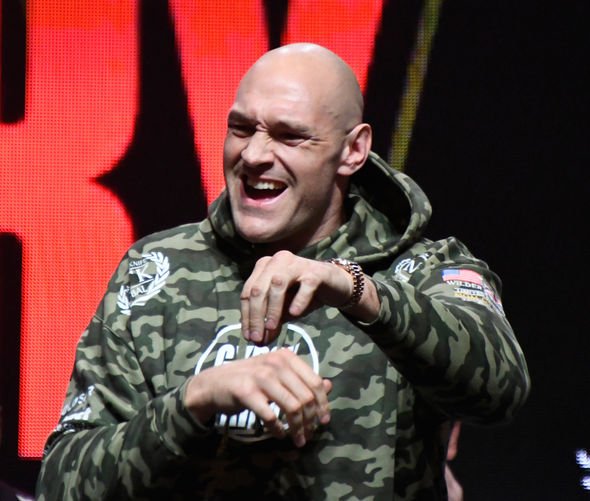 “He’s got good movement, though. He can still come in and out at his heavier weight.

“Wilder has put on more muscle, he’s more lean, I’m not sure how he’s put on that much muscle, though.”

But Andy Lee says he is calm and composed going into the fight.

“It’s like every other day. We’ve had a laugh and a joke, he’s ready to go. I’m very focused, we know what we have to do.”

Anthony Joshua: Fury is just one in a long list I will defeat