Deontay Wilder has claimed that Tyson Fury’s nasty gash which required 47 stitches was reopened during the Gypsy King’s training camp. Much has been made about the wound in the build-up to the rematch and now the WBC world champion has vowed to test its resolve.

Fury has brought in experienced cut man Jacob ‘Stitch’ Duran for the bout and is therefore well equipped for disaster.

The bigger question would be whether Fury would be able to withstand the phenomenal punching power of Wilder with distorted vision, something he battled through to do in the bloodbath against Wallin.

Wilder has vowed to make him pay, as he looks to land a big shot on the mesh web that has been inserted into Fury’s cut.

“The cut that Fury played in his last fight is going to play a big factor in this fight,” Wilder said in an Instagram Q&A. 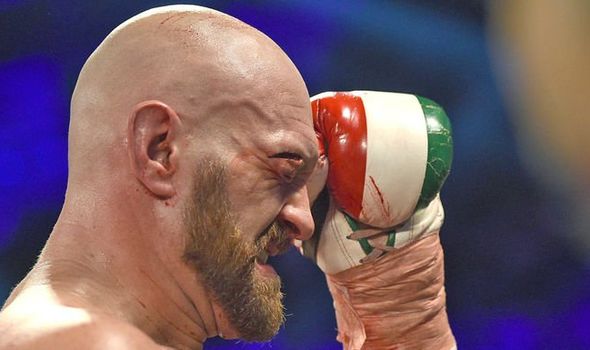 “I heard it got reopened in sparring, that’s why he was wearing the hoodie and the shades at the press conference.

“If I cut that thing open again, it’s going to be a mess.

“We’re going to see what happens after that but hopefully it don’t open because I don’t want the fight to stop.

“I want people to get their full view and money’s worth for this fight.

“I started blowing kisses and everything, this big bird, this big momma rose from the dead.

“But I told him I was going to baptise him and he was going to go timber and I baptised him and everybody who knows about a baptism, they always rise back up.

“This time around, it ain’t gonna be that.” 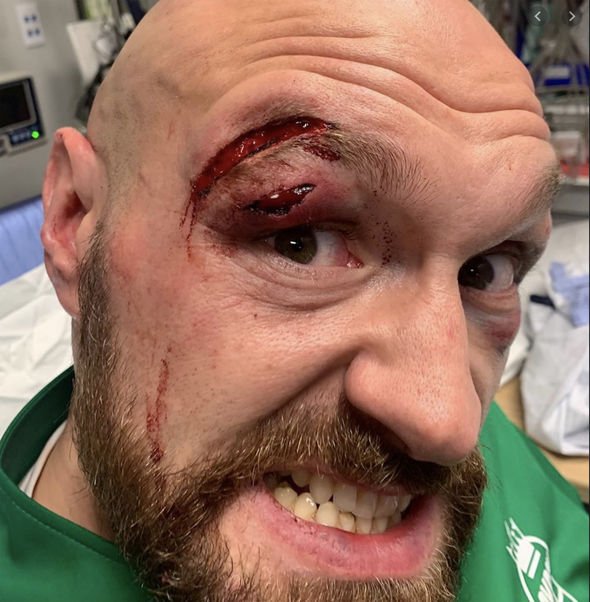 There have been plenty of whispers about trouble in Fury’s camp in the past week or so, with Eddie Hearn the latest figure to declare things may not have gone to plan.

“I thought [Fury] might win the fight, but I’ve heard a few things in the camp and stuff like that,” Hearn told talkSPORT.

“Listen, it might be rubbish, but [now] I do think Wilder’s gonna win the fight by stoppage.”

Fury’s new trainer SugarHill Steward has claimed there is an element of truth to Hearn’s allegations, by stating no fighter ever comes into a fight at 100 per cent after being pushed to their limits in training camp.

Steward replaced Ben Davison as Fury’s trainer for the fight, as the Brit goes in search of a knockout to ease fears of another controversial decision on the judges’ scorecards.