Tyson Fury could be part of WrestleMania 36 after beating Deontay Wilder on Saturday at the MGM Grand Garden Arena in Paradise, Nevada. Fury put together a powerful performance as he knocked Wilder down twice before picking up the win in the seventh round when the reigning champion’s corner threw in the towel.

And, after I beat Deontay Wilder, I’m gonna take down Brock Lesnar at WrestleMania

The Gypsy King has expressed his desire to take on fellow Brit Anthony Joshua next for the IBF, WBO and WBA titles he had to vacate four years ago to “complete” his career.

But before a potential dream match with Joshua the undefeated boxer could link up with WWE one more time and take part at WrestleMania on April 5 at the Raymond James Stadium in Tampa, Florida.

Though there is no certainty that the 31-year-old is crossing over to the wrestling ring one more time there appears to be a lot of interest from both sides.

Vince McMahon’s promotion shared a press release after the Lineal Heavyweight Champion’s big win in which they congratulated him for extending his undefeated streak. 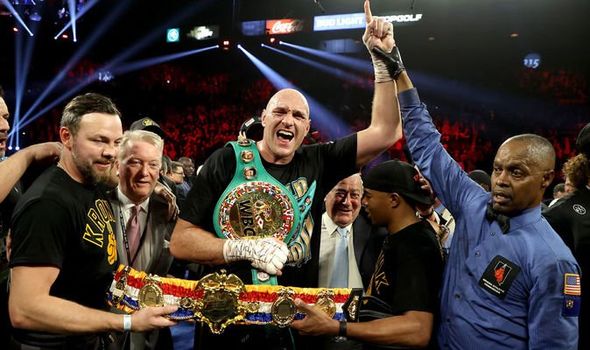 The wrestling giants also remind the WWE Universe of Fury’s participation at Crown Jewel last Halloween in Saudi Arabia where he stepped inside the ring and defeated Braun Strowman just four months before his big rematch with Wilder.

The announcement also included a tweet from his former rival Strowman challenging Fury to a rematch at WrestleMania.

The Intercontinental Champion tweeted: “Hell of a W @Tyson_Fury what ya say wanna try your luck for my #IntercontinentalChampionship ????? #LetsRunItBack #GiveTheWorldWhatTheyWant #RealHeavyweights.”

Meanwhile, WWE Executive Vice President of Talent, Live Events and Creative Triple H and Chief Brand Officer Stephanie McMahon appear to still be keeping tabs on the legendary boxer as they watched from the stands and even met up with him backstage before the fight. 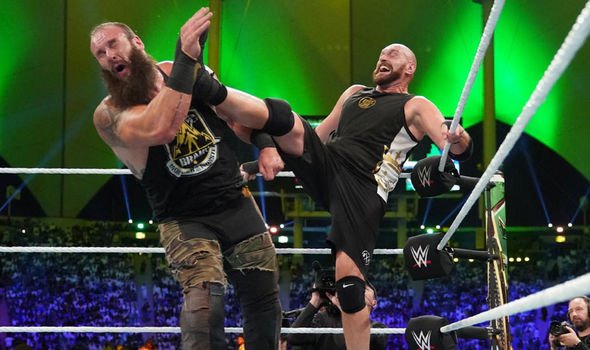 Fury has also expressed his desire to be part of Mania and take on WWE Champion Brock Lesnar.

However, Lesnar is scheduled to defend his title against British superstar Drew McIntyre, who earned his title shot after winning the Men’s Royal Rumble Match.

However, the new WBC Champion remains keen to be part of the Show of Shows after “one of the biggest and best experiences” he’s ever had in Saudi Arabia.

He said in January: “It was fantastic. It was one of the biggest and best experiences I’ve had.

“Lifelong WWE fan, to go out there in front 80,000/90,000 people in Saudi Arabia and knock out Braun Strowman, that was a fantastic experience.

“And, after I beat Deontay Wilder, I’m gonna take down Brock Lesnar at WrestleMania.”

After such a hard-fought victory against Wilder an in-ring return at WrestleMania would be unlikely for Fury.

However, that doesn’t mean he couldn’t take part in a non-wrestling capacity as either a special guest referee or a ringside enforcer like Mike Tyson did at WrestleMania 14.

This way he could also still get involved in an angle with Lesnar while also turning the spotlight on his fellow Brit McIntyre.