Tyson Fury paid tribute to Deontay Wilder moments after stopping him in the seventh round of their heavyweight world title rematch. Fury ripped the WBC belt away from the heavy-hitting American to become a world champion for a second time.

Fury barely put a foot wrong throughout the entire fight as he took Wilder to school.

From early in the fight, there was no doubt which way the fight would be going, with Fury taking the front foot early.

The Manchester-born heavyweight put the pressure on Wilder early and barely gave him a moment’s rest, dealing a series of significant blows from early to let the champion know he was going to take the fight to him.

Wilder was sent to the floor in round three and hurt like he had never been before in his professional career. 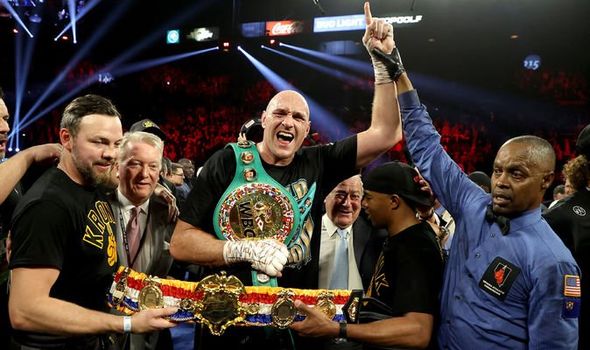 The American was sent crashing to the canvas after landing a crunching straight right hand, which dropped Wilder to the floor in dramatic fashion.

Then, in the fifth round, he was down again as a result of a left hand combination, first to the head and then to the body.

At times it almost seemed easy for the still-undefeated Fury, who ended up drenched in Wilder’s blood over his torso.

In the seventh round, he continued his onslaught, and eventually Wilder’s corner decided enough was enough.

With the Bronze Bomber pegged back into the corner and getting beaten up badly, his head trainer Jay Deas decided to take matters into their own hands.

When the towel came in, Wilder seemed perplexed, despite having blood smeared across his body and a possible ruptured eardrum.

Fury wheeled away in celebration while Wilder argued with Deas over the stoppage.

After the dust had settled, Fury was announced as the new WBC world champion and paid tribute to Wilder. 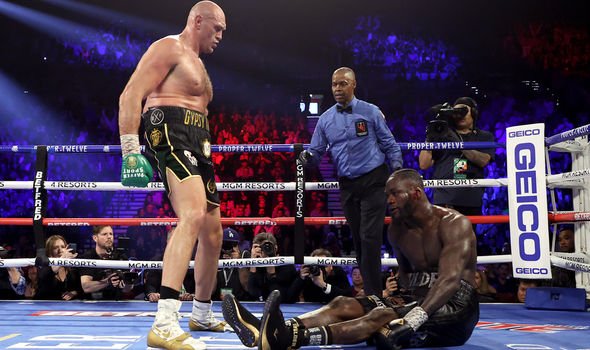 “Big shout out Deontay Wilder, he manned up, he came in here and showed the heart of a champion.

“I hit him with a clean right hand that dropped him and he got back up and battled to round seven.

“He is a warrior, he will be back, he’ll be a champion again.

“But I will say. The King has returned to the top of the throne.”